These smaller, independent films may have slipped past you, but they did not escape our notice. With the Berlinale on, we thought it's a good time to highlight some of the films that caught our attention on the festival circuit last year.

A monkey wrangler, a lonely widow, and a character actor. What do they all have in common? They are some of the characters we found in films like Eeb Allay Ooo!, Aise Hee and Kaamyaab by first-time and independent filmmakers last year.

These stories all had one thing in common: a unique voice. Along the film festival circuit, we discovered these gems that are deserving of your attention. Some of them, like Abhishek Shah's Hellaro and Bhaskar Hazarika's Aamis, also found theatrical release last year. Even so, we recommend these films again in the hope that these wonderfully crafted films do not go unnoticed.

In random order, we present some of the festival gems from 2019 that you should put on your must-watch list right away.

Achal Mishra’s visually stunning first film in Maithili is steeped in nostalgia and loss. Set in Madhopur, Bihar, the film borrows from Mishra's own life and family and follows the decline of an ancestral home as it is neglected and eventually torn down.

Gamak Ghar takes place in three different periods, as a family congregates to celebrate key events of life, from the occasion of the birth of a new family member to the occasion of Chhath Puja.

The film is a blend of reality and fiction as Mishra involves family members in the film, including his own grandfather, the late Kedar Nath Mishra, as the patriarch who built the family home. The film’s standout is the beautiful cinematography by Anand Bansal which finds meaning in ordinary items. Its almost still-life compositions evoke a deeper nostalgia for one’s own past. The independent film was one of the best films of 2019, and Mishra and his team are ones to watch.

Those living in the western suburbs of Mumbai do come across strugglers who are desperate for that one break in the film industry. The protagonist of Hardik Mehta’s Kaamyaab called Sudheer (Sanjay Mishra) is also struggling for a break in a film. However, he isn’t a newcomer. In fact, he has done as many as 499 films and is eager to do one more to reach a rare milestone.

Kaamyaab’s narrative is both moving and humorous. It pays fitting tribute to the commercial Hindi cinema of the last few decades. Although the protagonist is an actor, his story is relatable to a person from any walk of life who is yearning for some respect and recognition for his or her hard work.

Sanjay Mishra’s performance is the icing on the cake. You just can’t stop rooting for him. Deepak Dobriyal too delivers a brilliant act.

A few years ago, cinematographer Sameer Bhaskar shot a Konkani film called Mahaprayan in one uncut take. He has repeated the same feat in another Konkani film, Kaajro. One can only imagine the kind of effort needed by the cinematographer to shoot a full feature film in a single take.

But Nitin Bhaskar’s Kaajro is not just about a rare technical feat. The film makes an astounding statement against the casteism and oppression still prevalent in society, especially for the marginalized. There are various moments that hit you with the stark reality portrayed without anyone speaking about it.

Shooting a one-take film is also a mammoth achievement for the artistes. Vitthal Kale and Jyoti Bagkar not only manage that but also succeed in delivering quality realistic performances.

The debut feature film by Prateek Vats, Eeb Allay Ooo! is an engaged response to the absurdity of current times. In the film, a young worker Anjani (Shardul Bhardwaj) comes to Delhi looking for a job. He finds an unusual job as a monkey chaser, to protect government buildings in the high-security areas of the national capital. As the seat of political power in the city is plagued by intrepid monkeys, Anjani finds inventive ways of executing his responsibility.

Through the nuanced portrayal of the lives of Anjani, his family, and the milieu around them, Eeb Allay Ooo! draws attention to contemporary reality where citizens are manipulated, oppressed and confronted with violence, uncertainty and loss of livelihood on a daily basis.

The film urges one to question what it means to be a citizen in today’s times. It won the Golden Gateway award at the 21st Mumbai Film Festival and is part of the lineup at Berlinale 2020.

A widow, living in Allahabad, attempts to live life again for herself but is thwarted repeatedly by her own family as well as society and its norms. Filmmaker Kislay’s debut film shows actress Mohini Sharma as Mrs Sharma who finally begins to take small steps towards her own freedom after her husband’s death. Her son (Harish Khanna) attempts to assert himself in his mother’s life, disapproving of her friendship with a beauty salon worker and stitching lessons from tailor Ali.

The film's gaze offers up the small and big battles members of the Sharma family faces, from the loneliness of Mrs Sharma's daughter-in-law to her grandson controlling his sister from 'undue' influences.

Mohini Sharma is delightful as an older widow stealing away moments from her own life. Her expressions, both of wonder and sadness, convey it all. Kislay allows us a glimpse into the mixed-up lives of the Sharmas, leaving us a bit unsettled once we leave them.

One poster for Suman Ghosh’s Aadhaar shows an exasperated-looking Vineet Kumar Singh with the words, ‘A card can ruin your life’. This may lead you to conclude that the film takes a stand against the biometric Aadhaar card project of the government of India.

Nothing would be further from the truth; the film actually endorses the project. But Aadhaar is no advertisement for the government or its schemes. It is a well-made satire that looks at the huge urban-rural divide that persists in India even today. The situation shown through the eyes of the protagonist Pharsua (Vineet Kumar Singh) will sadden you, though the film also makes you smile at the absurdity of it all. 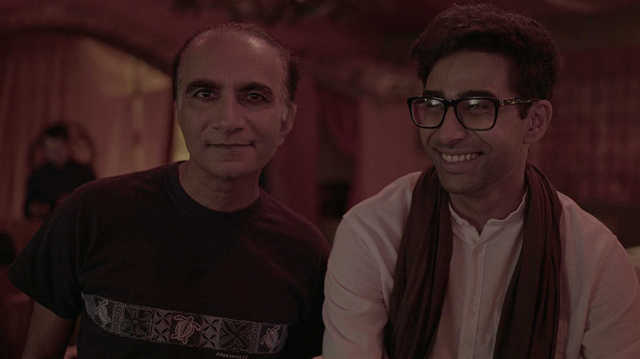 Whenever a person from India migrates to the US, he or she seems to gain respect with the folks back home, because going to live in a developed Western country is considered prestigious. But director Danish Renzu’s The Illegal throws light on the sad reality that many immigrants end up living a life of misery in their new homeland.

Like he did in his previous film Half Widow, which was set in the beautiful but troubled Kashmir valley, the filmmaker scores once again by portraying the dark underbelly of the Great American Dream. But he also ensures that the reality does not get too depressing by inducing hope through the narrative. Suraj Sharma as the protagonist Hasan lives the character to perfection. In the role of Babaji, Pakisani actor Iqbal Theba is thoroughly convincing. 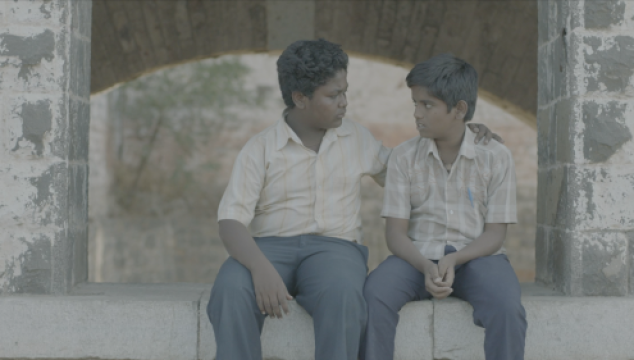 We meet Gopi (Samarth Sonawane), a schoolboy, as he is cleaning a filthy toilet. He isn't entirely resigned to his fate. A bright student, Gopi dreams of a better life. Assisting his father with autopsies at the local government hospital and helping his mother to clean toilets, the boy is always conscious about his appearance and careful not to emit any bad odours.

However, he is bullied at school anyway. So, with the help of best friend Adim, Gopi searches for kastoori (musk) which would create a new perfume for him. Their journey hits many roadblocks and results in much heartbreak for Gopi.

Vinod Kamble’s moving feature tugs at your heartstrings and also shows the depressing reality of life for many so-called lower-caste citizens of India. He presents the casteism ingrained in people in all its ugliness, never flinching from the reality. Gopi is one character you will not easily forget, nor Samarth Sonawane’s performance. 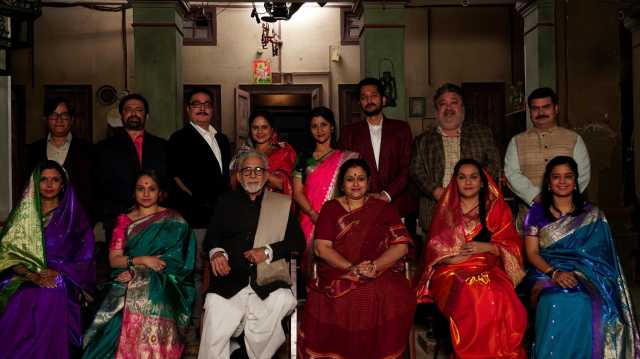 After patriarch Ram Prasad Bhargava (Naseeruddin Shah) dies suddenly one night, his large family descends on their Lucknow house for the traditional rituals and to comfort his widow Savitri (Supriya Pathak). All together under the same roof after years, frictions arise, as family members spar and bicker with one another. Like in Aise Hee, Savitri must decide what to do with her life now, except that she has to contend with her preoccupied children who are most reluctant to deal with their mother.

Like a play, the scenes in Ram Prasad Ki Tehrvi take us through the 13 days' rituals after a death. The directorial debut of actress Seema Pahwa allows her ensemble cast moments to shine. Each contributes something valuable to the final film, from a comedic touch to a passionate outburst. Their collective performances, and the fine work from different technical departments, goes a long way in convincing us about the enjoyable idiosyncrasies of the Bhargava family.

At a time when India is struggling with attempts to impose a homogeneous definition of identity, Nicholas Kharkongor's Axone explores the question through a simple recipe. The stereotypes that people from the Northeast have to contend with on the Indian mainland, their own biases, and the struggles of single women in a patriarchal society are brought together in the context of a wedding recipe gone horribly wrong. With its layered script, brilliant performances, and a wonderfully novel setting, the film gives the viewer food for thought like few others do.

The National award-winner for Best Film last year, Abhishek Shah's Hellaro is a powerful revolt against patriarchy and casteism in a Kutch village. Set in 1975, during the Emergency, Shah's fine debut pits new bride Manjhri (Shraddha Dangar) and the other village women against an age-old tradition laid out by the village elders. As the women rediscover their love for dance in a bid to reclaim their identity, the Gujarati film beautifully captures their undying spirit, through wonderfully uplifting choreographed songs and dance.

How far does your taste for love go? As far as morality permits, explains Bhaskar Hazarika's wonderful film. A tale of morality wrapped in sensuous, visually beautiful frames, Aamis takes a simple platonic romance to the discomforting and morally questionable edges of the common idea of love. It is in these horrifying but visceral moments that the filmmaker's reason and skill come through. A film worth the price of the ticket simply for its innovative conceptualization of love as the greatest horror of them all.

The latest work of Lijo Jose Pellissery, a master at making the experimental entertaining, captures the imagination through the simple tale of a bull running wild in a village. With its spellbinding cinematography (Girish Gangadharan) and wonderful editing (Deepu Joseph), the film is transformed from a simple village tale to a commentary on mob frenzy, violence and individual rights. The innovative storytelling and the visceral nature of filmmaking is certain to leave you wide-eyed, mouth agape.