Kastoori review: A boy attempts to change the future that is written for him

Vinod Kamble's emotional first feature is inspired from true events from his own life and those around him.

The image of a boy in school uniform cleaning out a filthy toilet is one that leaves a deep impact on your mind. First-time filmmaker Vinod Kamble shares the bleakness of young Gopinath Chavan's life from the first frame. Despite this, Gopi (Samarth Sonawane) isn't bitter; he is optimistic about his life. His father is constantly drunk and of no help to the small family; his mother shoulders much of the financial burden of a loan, until Gopi, too, has to pitch in.

Gopi often has to leave school to assist his father in digging graves for unclaimed bodies and performing post-mortems at the local hospital. A lack of medical training or understanding is of no consequence. He is expected to do this scut work nobody else wants to do. Additionally, he makes more money on the side assisting another member of his community, Mangal, in cleaning out sewers and gutters.

Because of the rigorous, dirty work he undertakes, Gopi is fastidious about his cleanliness and smelling nice. His best friend Adim (Shravan Upalakar) gets him new scents made in his uncle's attar shop. But after listening to a religious story about Gorakshanath who emerged from the garbage smelling like kastoori (the musk), he believes he should acquire it. There is occasion to celebrate after all.

Gopi is being awarded a prize for writing an essay in Sanskrit on Republic Day, and for once, he wants to hold his head high amongst his classmates' casteist slurs and taunts about his smell. Adim and Gopi approach the shady Vikas (Kunal Pawar) to procure it for them and he quotes a steep price, Rs3,000, to get the musk. The friends work towards gathering the money, to heartbreaking consequences. 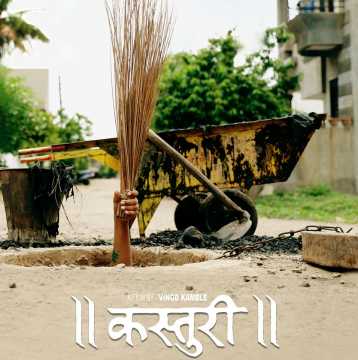 Kamble's film is a searing look at caste without mentioning it aloud. The film is inspired by events in his own life; the filmmaker himself is the son of a sweeper. By showing us the world through Gopi's eyes, Kamble makes us aware of a bright boy fighting desperately to turn the tide against a future that has already been written out for him. His mother and grandmother don't expect schooling will change anything in his life, but Gopi hangs on to hope.

The writer-director also lays out the bare facts of Gopi's life; no one bats an eyelid at a schoolboy taking on tasks that adults would baulk at. There is a point where it all becomes too much for him, and the light dims a bit in his eyes. Child artiste Samarth Sonawane captures Gopi's heartbreak well; our hearts fall a bit too when we realize he won't get his big moment after all. His wide, guileless smile carries the film and we desperately want that his dreams come true. He and Shravan Upalakar have wonderful chemistry as friends through thick and thin.

Kamble's cast is pitch perfect, from the salty Vikas, who is trouble from the moment we lay eyes upon him, to Gopi's mother, who is just as trapped as he is. A special mention for Jaibhim Shinde's lilting background score, which interjects a layer of hope into the proceedings.

I couldn't stop thinking of Gopi and his defiant act at the end of the film. Like Article 15 (2019), which was released midway through this year, Kamble's emotional film begins the conversation anew about caste and how we treat others. Don't let it end there.

Ajay Devgn and Saif Ali Khan dominate the big-screen historical adventure, but it is the background...

This inspirational feature by Meghna Gulzar focuses on the struggles faced by acid-attack survivors...