Sanju review: Ranbir Kapoor is the soul of this cleverly written narrative

Apart from Kapoor's intricate performance, the film on the life of Sanjay Dutt works mainly because of the focused storytelling and an engaging first half.

"You deserved a better son," Sanjay Dutt says in a letter to his father Sunil Dutt after he dies. A thank you letter he never managed to read out to the man, who stood by him through thick and thin, while he was still alive.

Director Rajkumar Hirani's Sanju in that sense is a slight departure from the Azhar (2016) and MS Dhoni biopics. Instead of focusing only on the rise, fall and rise of the film industry's bad boy, Sanjay Dutt, the director delves into his bad choices and how his loved ones helped him overcome the consequences of those. But the film is also a lot like those very biopics, thanks to its emotional manipulation.

While the writers — Hirani and Abhijat Joshi — delve into Sanjay's drug addiction phase, the criminal charges and prison time, they only just touch upon some other dark and controversial aspects of life, like his association with the underworld.

They also leave out Sanjay's relationship with his sisters, first two wives and daughter. The duo sticks to Sanjay's personal struggles and don't delve much into his movie career either. When it comes to a biopic, the biggest clincher is the decision on what to include and what to leave out. Hirani and Joshi make that choice right at the beginning and stick to it throughout, making the film compact and focused. 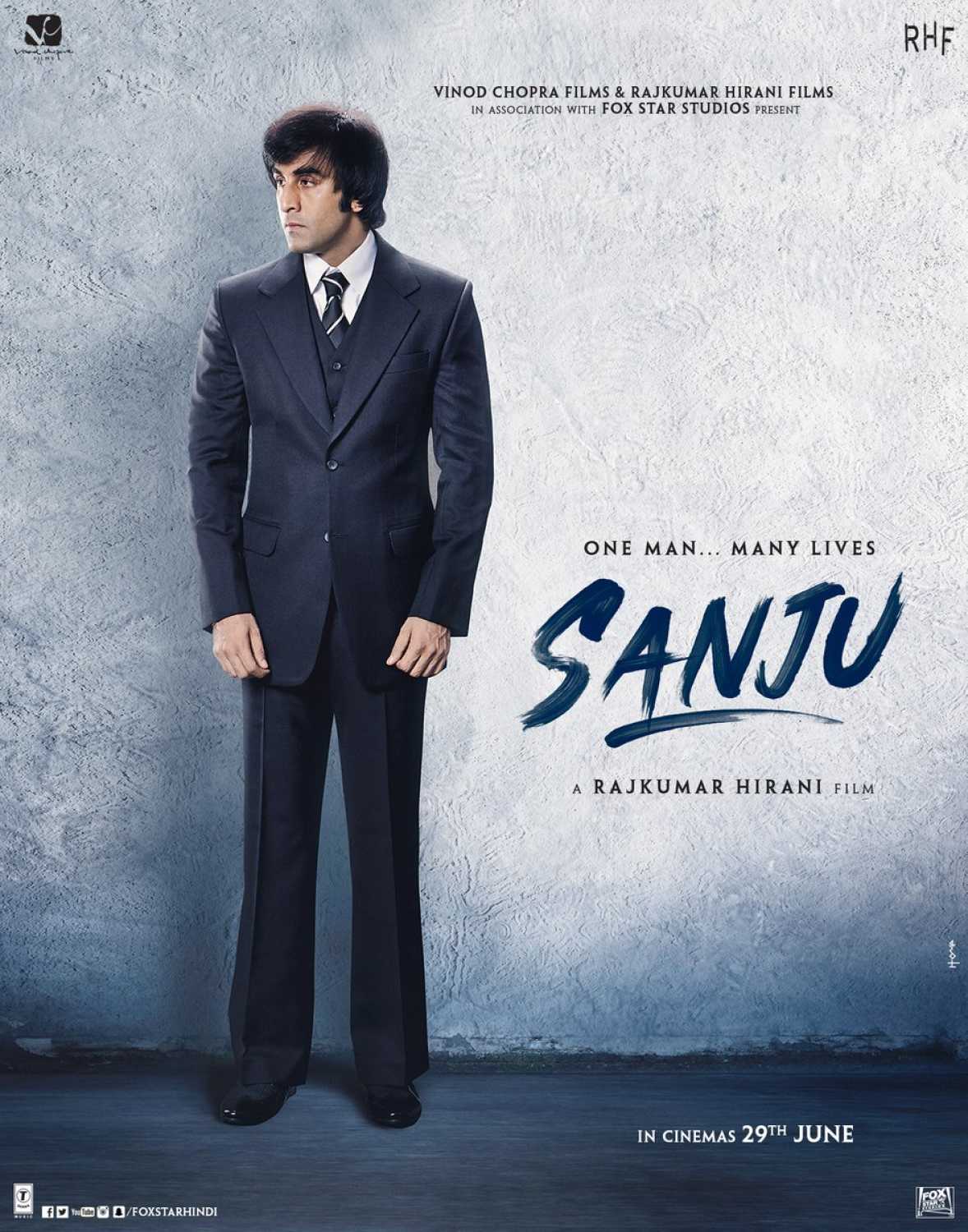 Sanju is told in three parts. The first part explores Sanjay's battle with drugs (narrated by Sanjay's character), the second is about the terrorism charges against him (told from his friend Kamlesh's perspective) and the third one, which is sans a narrator, plays itself out.

The opening scene shows Dutt flying off the handle at an author (Piyush Mishra) for comparing him to Mahatma Gandhi and portraying him as a great man in his biography of the actor. Hirani cleverly sets off the tone for the film by saying that Sanjay himself wants a realistic depiction of himself in the public domain.

The story begins in 2013 when Sanjay finally gets sentenced to five years imprisonment under the Arms Act for buying an AK 56 from the members of the underworld who were found to be involved in the 1993 serial blasts in Mumbai. He then decides to enlist a more credible writer (Anushka Sharma, in disturbingly blue eye lenses) to write his biography.

Sanju knows he can never be like his father — a great actor, a well-known politician and a principled man. His lack of confidence, complex relationship with his father, the burden of a film legacy, breakup with his girlfriend (Sonam Kapoor) and the death of his mother Nargis Dutt (Manisha Koirala) contribute towards his drug addiction. A chance meeting with a fan of his parents in the hospital in the US, wins Sanjay a friend for life — Kamlesh (played by Vicky Kaushal and based mainly on Sanjay's real-life friend Paresh), who chooses to forego his dream to own a car to buy a flight ticket to India to be there for his friend.

Hirani is in great form in these portions as he explores the bond between two friends, and juxtaposes them with the father and son's relationship, giving us an insight into the opposing personalities of Sanjay and his father, who enjoys tremendous goodwill.

In a time ridden with fake news and trial by media, Hirani smartly weaves in criticism of the question mark culture in the press and even features a promotional song on it at the end of it.

While the villain in the first act is Sanjay's addiction (blamed on a friend played by Jim Sarbh), it's the Babri Masjid attacks in the second act and the media in the third.

The latter part of the film mainly explores the "terrorist" label that got stuck to him even before the court passed its judgment after he was booked under TADA (Terrorist and Disruptive Activities (Prevention) Act). Subsequently, when he was finally sentenced to prison under the Arms Act, most of the media coverage focused on the jail term and not that the terrorist charges were dropped. 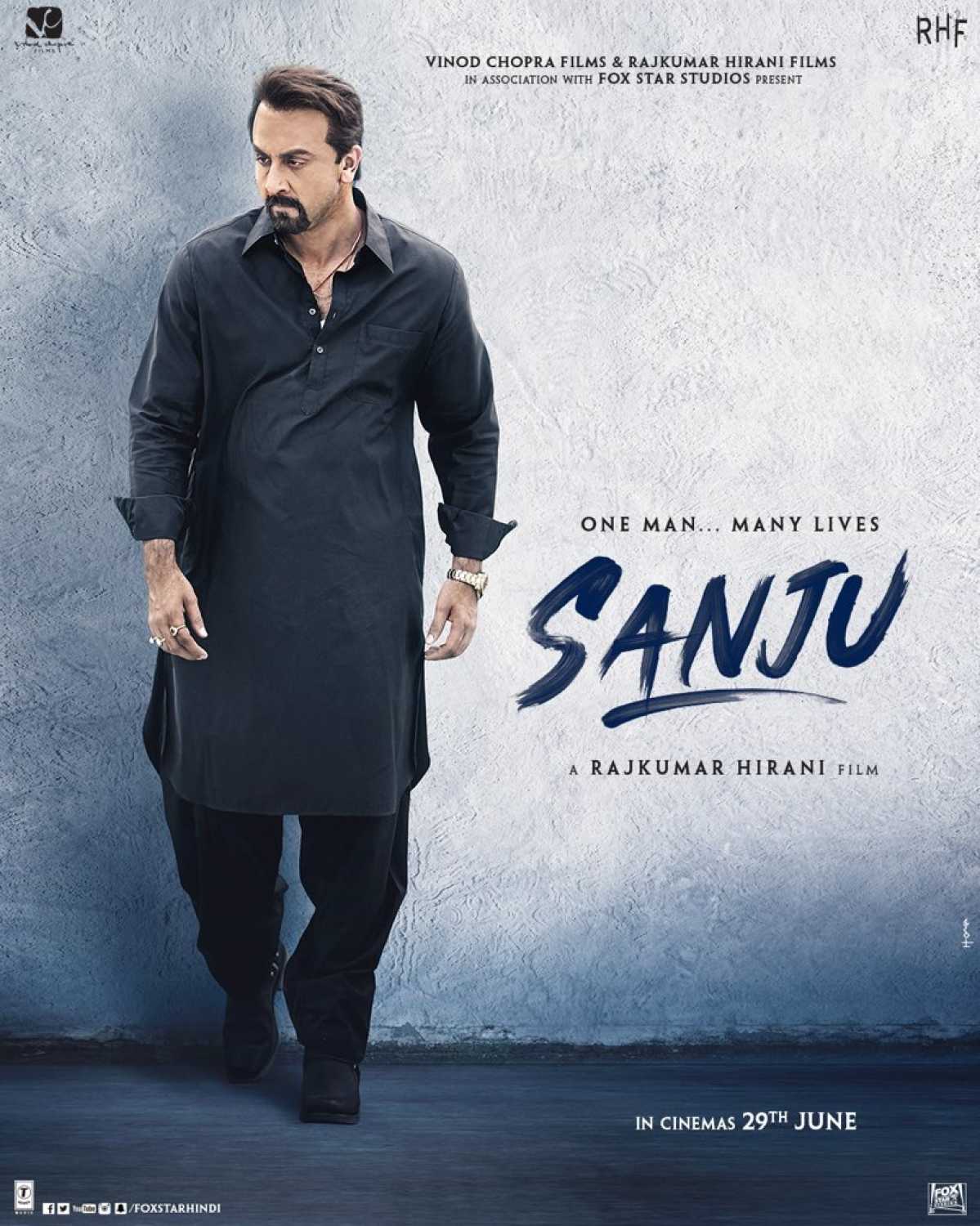 A question mark at the end of a headline and source-based stories are lapped up by the readers as truth. Hirani portrays how this created havoc in Sanjay's personal life and he lost some of his dearest friends because of that.

While Hirani isn't completely wrong in his assessment, he conveniently shifts the blame on the media.

This isn't a quintessential Hirani film so to say, but there are enough tear-jerker, dramatic, humourous and light-hearted moments. One of the sore points, though, is a very old fashioned background score that interferes with the narrative.

Once again, the writing by Hirani and Joshi is clever, and the structure of the narrative is designed to win the audience's heart. The emotional manipulation is made even more obvious by showing Sanjay saluting the Indian national flag once he exits the prison - perhaps as a mark to show that despite all the trials, Sanjay continued to love his country and respect its judicial system. And of course the fact that he was not a terrorist. If this isn't a big giveaway then what is?

Despite all its manipulations, the primary reason this film has your heart is Ranbir Kapoor. Apart from getting those big droopy eyes, the stooping, the walk and style right, Kapoor holds your attention in every scene with his intricate performance. He shines equally in dramatic scenes as he does in the humorous ones. Kapoor's brilliance lies in how he makes you connect to the emotional core of Sanjay's character, making you root for him, despite his gaping flaws.

Not trying to portray Sanjay Dutt as a god: Ranbir Kapoor

Ranbir's performance would have been incomplete, though, if he didn't have the very able Vicky Kaushal, as an adorable friend and rock. Kaushal complements Kapoor in every scene. He gets the stereotypical Gujarati accent, the tone of his character and the pulse of every dialogue and scene spot on, making it impossible not to fall in love with his character.

Majrooh Sultanpuri, Sahir Ludhianvi and Anand Bakshi also feature as the three ustaads whose songs inspire Sunil Dutt to overcome several hurdles in his life, which he also passes on to his son.

The film is also a lot about Sunil Dutt's relationship with Sanjay, and his constant support to his wayward son. But Paresh Rawal doesn't seem to be a case of perfect casting. His performance comes across as a bland and one-tone portrayal. Manisha Koirala as Nargis Dutt is refreshing in a tiny, but crucial part of the narrative.

Yes, Hirani's endearing style of storytelling is entertaining, but Sanju could have been more about the psychological exploration of why a person would constantly make bad choices. Sanjay's insecurities, entitlement, initial lack of confidence and complex relationship with his father are touched upon in the first half, but disappointingly abandoned in the second.