The Netflix anthology helmed by Shashank Khaitan, Raj Mehta, Neeraj Ghaywan, and Kayoze Irani explores themes of unrequited love and infidelity, along with class and caste differences, in a compelling manner.

In the past few years, with the rise of OTT platforms, anthologies have become increasingly commonplace as they afford filmmakers and stars the chance to explore a shorter storytelling format. In Ajeeb Daastaans, directors Shashank Khaitan, Raj Mehta, Neeraj Ghaywan and Kayoze Irani, along with writers Sumit Saxena and Uzma Khan, take on four stories in which love, heartbreak and betrayal are examined.

In Khaitan’s Majnu, Babloo (Jaideep Ahlawat) and Lipakshi (Fatima Sana Shaikh) have an arranged marriage due to political reasons. Babloo’s heart is already elsewhere, but his ego can’t handle the possibility of his wife moving on with someone else. His newest hire, Raj Kumar Mishra (Armaan Ralhan), could potentially serve as a wedge between them. 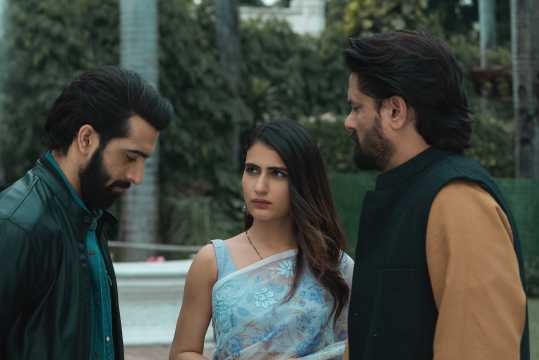 Mehta’s Khilauna sees a pair of crafty sisters Meenal and Binny (Nushrratt Bharuccha and Inayat Verma) who survive on the goodness of their employers. One of their allies is Sushil (Abhishek Banerjee), an admirer of Meenal’s. When Meenal asks one of their employers to help restore their illegal electricity connection, things spiral horribly out of control.

Ghaywan’s story, Geeli Pucchi, co-written with Saxena, follows two women, Bharti (Konkona Sensharma) and Priya (Aditi Rao Hydari), who are trying to survive in a patriarchal society that looks down on them. They form a friendship, revealing hidden feelings, only to realise the differences between them are vast and unbridgeable. 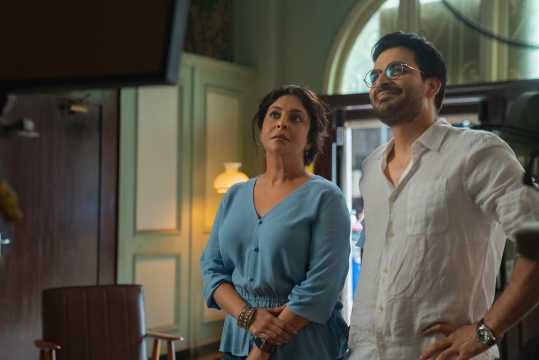 Finally, Irani makes his directorial debut with Ankahi, a love story centred on sign language. Natasha (Shefali Shah), who is trying to escape a tense situation at home with her husband (Tota Roy Chowdhury) over their daughter’s deafness, forms a strong connection with photographer Kabir (Manav Kaul). Their relationship without words takes them to a world of their own with peace and happiness, but their bliss is short-lived.

Like the hit song from Dil Apna Aur Preet Parai (1960), 'Ajeeb Dastan Hai Yeh', which was composed by Shankar-Jaikishan and written by Shailendra, each segment ventures on to unpredictable paths, leading to an unusual ending. Ghaywan’s Geeli Pucchi is the strongest of the lot. Not only does it explore the many ways in which caste and class differences prevail today, but it also looks at those disparities through a very honest lens. 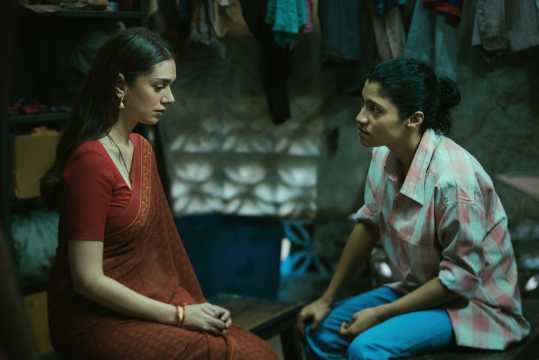 Sensharma and Hydari are absolutely fantastic in the short as Bharti and Priya, differing women who form a strong connection. Sensharma, in particular, as the jaded Bharti, stands out in the anthology with her portrayal of a working-class woman, who is very conscious of her circumstances.

Mehta, Ghaywan, and Khaitan all examine the gap between haves and have-nots in different ways. But all the segments delve into the facets of one's being that one keeps hidden from the world, sometimes for the purpose of self-preservation. The anthology also aptly shows why we always hurt the ones we love the most, a mistake people keep constantly making. 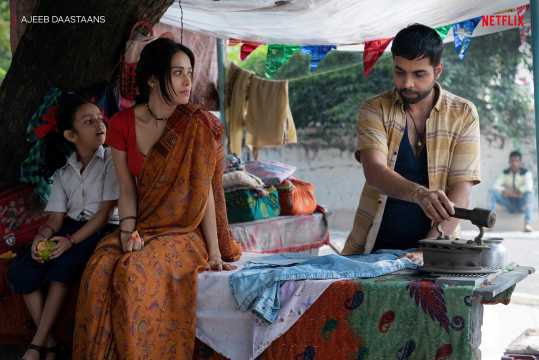 While the issues addressed here are universal, the anthology is in the same lighter vein as Lust Stories (2018) and Unpaused (2020). In comparison, the Tamil anthology Paava Kadhaigal (2020) managed to tackle more hard-hitting subjects in a more straightforward, meaningful manner.

Despite this, Ajeeb Daastaans is a compelling watch, especially for the engaging, plucky performances by the ensemble cast, many of whom go against type.

Directed by Abhay Chopra, BR Chopra's grandson, the film flounders in its execution despite its...

Directed by Sachin Pathak, the impressively scripted web-series pulls out a rabbit from its hat....