Netflix’s anthology film Paava Kadhaigal, which translates to ‘Tales of Sin’, isn’t an easy film to watch and its heavy subject matter tends to linger with you. Though the subject of honour killings is common to the film's four segments, topics such as same-sex love, relationships with transgenders, caste politics, rape and inter-faith marriage are also explored. The film, however, never resorts to preachiness to get its point across.

Sudha Kongara’s segment is about equal relationships. It is centred on a transgender, Thangam, who yearns to be loved just like everyone else. Set in the 1980s, the segment, which features Kalidas Jayaram, Shanthanu Bhagyaraj and Bhavani Sre, also deals with inter-faith marriage and transphobia. Kalidas Jayaram is a revelation in the role of Thangam, and he couldn’t have played the character more convincingly. He owns the role, usually considered a taboo in mainstream cinema, with a rare degree of dignity and maturity. More importantly, you never find his performance melodramatic; it’s measured and well essayed. Shanthanu and Bhavani also play their respective parts quite well. 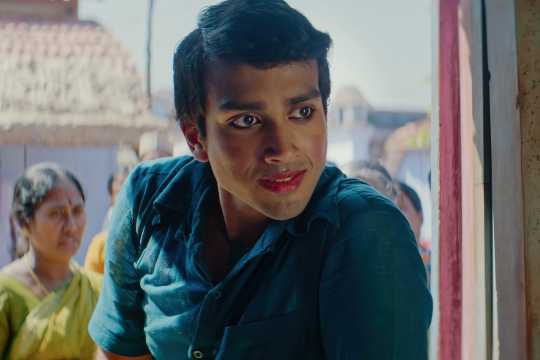 Vetrimaaran’s short explores the relationship dynamics between a father and his pregnant daughter, who is married to a boy from a low caste. The story depicts the events that follow after the father, apparently keeping aside all hatred for his daughter, invites her home for a baby shower. The story takes an extraordinary turn with the daughter’s arrival. Vetrimaaran doesn’t flinch while portraying the horrors of honour killing. In what’s easily the most hard-hitting segment of the film, it’s amazing how Vetrimaaran doesn’t make the story about caste pride but rather focusses on the guilt-ridden father. Prakash Raj and Sai Pallavi as the father and daughter deliver standout performances that make this short shockingly realistic.

Vignesh Shivn’s short, which is about same-sex love and caste politics, stars Anjali and Kalki Koechlin. Known for his quirky narrative style, Vignesh takes his typical route to tell his story. The result is refreshingly amusing, reminding us that it’s possible to use humour while dwelling upon a controversial subject. The subtle use of humour breathes life into an otherwise grim and dark film. It was quite bold of Anjali, mostly popular for her work in mainstream Tamil cinema, to play a lesbian without any inhibitions. Kalki also gets a meaty part and she plays it confidently. 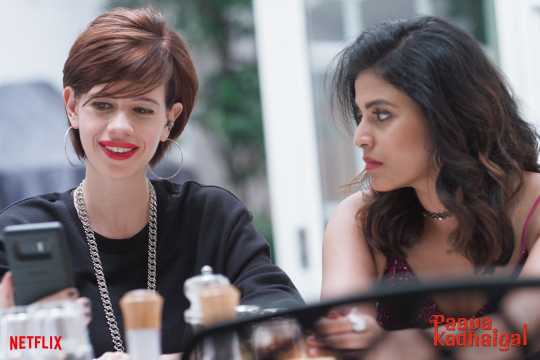 Gautham Menon’s segment is a centred on a beautiful family of five and how a particular incident makes their lives a living hell. Instead of focusing on the incident in question, the short follows its aftermath and its effect on the members of the family. Gautham plays the lead role alongside Simran, who makes her presence felt as a wife and mother. The story takes an unexpected turn in the climax, making for a very interesting take on the subject of honour killing.

Paava Kadhaigal is being streamed on Netflix.