Kareena Kapoor, Sonam K Ahuja, Swara Bhasker and Shikha Talsania give their best but fail to rise above the flaws in the treatment.

As your reviewer was exiting the preview screening, she overheard a girl (who seemed like a character from the film they had both just watched) excitedly telling a friend in Delhi on the phone how she identified with the characters and situations in the film.

In a conversation laced with swear words, she said something like, "Come to Mumbai guys... you remember how she met that guy at her wedding and they hooked up?... You know his sister is going through a separation after only six months of marriage" — plot points straight out of Veere Di Wedding.

The relatability is inevitable as Veere Di Wedding delves into female friendships and bonding, against the backdrop of upper-class Delhi, great fashion and a wedding.

Kalindi (Kareena Kapoor Khan) is unsure about marriage to boyfriend Rishab (Sumeet Vyas) owing to the emotional baggage of a dysfunctional family. But she has given her nod to the wedding in Delhi and is set to reunite with three childhood friends, Shikha (Swara Bhasker), Meera (Shikha Talsania) and Avni (Sonam Kapoor Ahuja). 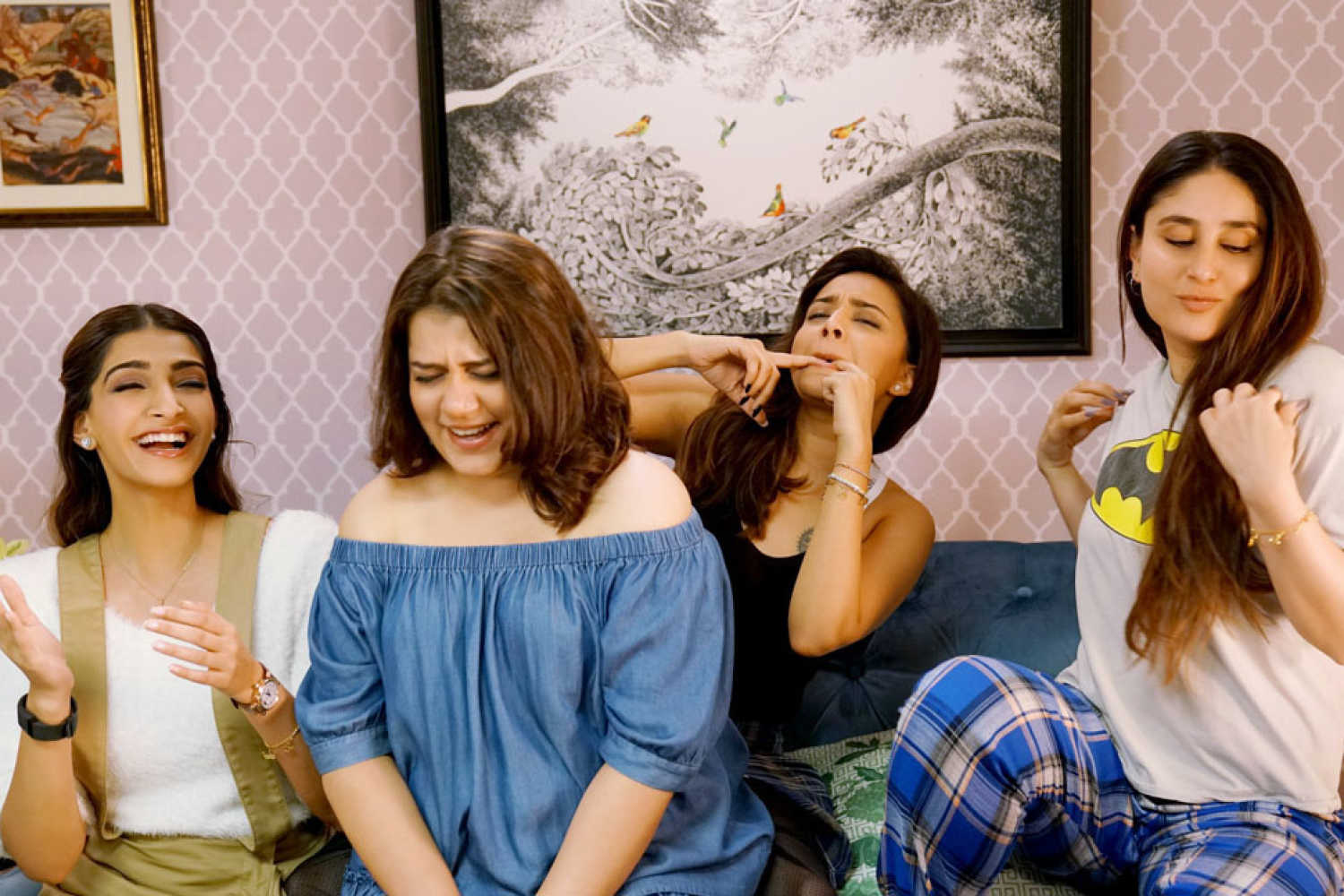 The girl pals participate in the wedding even as they deal with their own sets of problems. While Meera is dealing with weight gain, lack of sex after delivery, and non-acceptance of her white husband by her father, the uber-rich Shikha has just returned to her parents' home from London after separating from her husband. Avni, a lawyer, is trying to come to terms with being single at 30, pressured to give arranged marriage a shot, even as her single mother (Neena Gupta) nags her to settle down.

Veere Di Wedding depicts the modern independent woman's struggle to be accepted for who she is, but feminism gets lost in the fluff, which comes in the form of high street fashion, swear words, incessant drinking, hangovers, partying and smoking, which become huge distractions. Then there is a short holiday to Thailand thrown in as the characters exchange their personal problems for some more partying, chilling and bonding. The director also ups the ante in the form of sexual jokes, scenes and even a masturbation sequence. With too many characters, their problems and their individual arcs, and the compulsion to find a happy resolution for each one in the end, it becomes tedious. 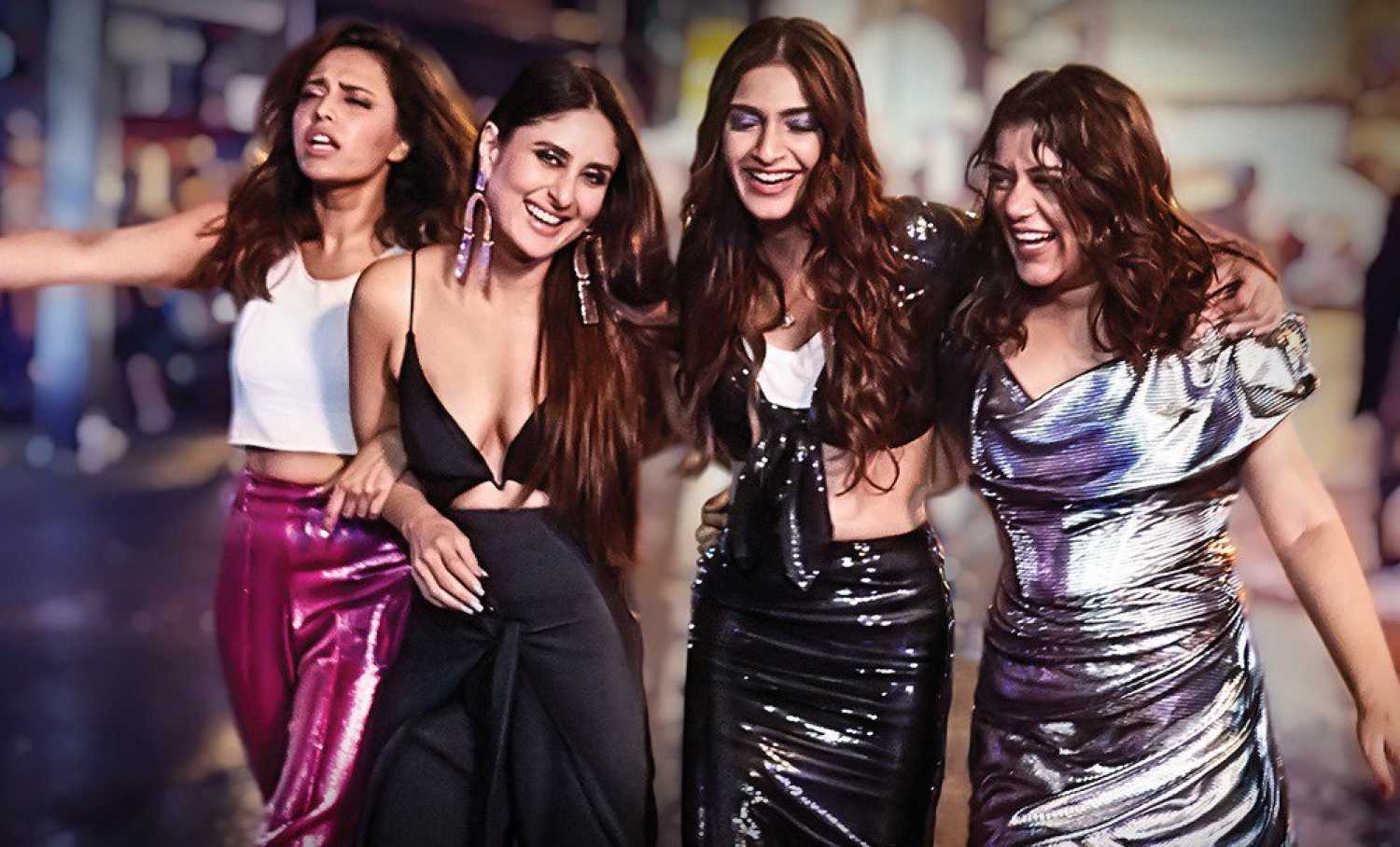 Director Shashanka Ghosh does manage to depict a gay couple in the most inclusive manner. And their relationship feels the most normal and organic compared to the dysfunctional ones around them.

The chemistry among the four lead actresses is good and they play well off each other, but the situations get cheesy and over the top on several ocassions. To an extent, the broad characterization does them in too.

Kareena Kapoor Khan holds up the emotional end of the film like a pro. Talsania is impressive. While Swara Bhasker's uninhibited portrayal — though a broad stroke — of an unapologetic 'bevdi and fukkad' woman who utters abuses in almost every sentence is entertaining, K Ahuja just about manages to rise above the material.

Veere Di Wedding is a rom com exploring the space between Hollywood's Sex And The City (2006) and Bridesmaids (2011). There are enough laughs to keep you interested and enough moments that will remind you of your own 'veeres', but the film is all over the place.

The screenplay by Mehul Suri and Nidhi Mehra feels manufactured at times and the director tries really hard to make it work. At the core of it, Veere Di Wedding is about women asking to be accepted for who they are and embracing their own flaws. Unfortunately, it's chaotic, touching upon tons of problems faced by the urban independent woman in the process at one go and being funny at the same time.