Soorma review: Engaging biopic that is somehow not inspiring enough

The film, starring Diljit Dosanjh and Taapsee Pannu, scores high in the first half.

Hindi cinema has been seeing a steady stream of films on sports subjects in recent years. Director Shaad Ali's Soorma is the latest, but it does not feel like some of the other sports films. There is romance here and also odds that appear insurmountable. This makes it a film to be enjoyed at least once.

Unfortunately, Soorma does not do complete justice to India hockey star Sandeep Singh's incredible real-life story, mainly because of the easy treatment during crucial moments. You feel good in the end, but the inspiration is lacking.

The story begins with Sandeep Singh as a kid. He quits hockey training as he cannot take the beatings of his tyrannical coach Kartar Singh (Dan Husain).

Years later, the adult Sandeep (Diljit Dosanjh) joins hockey training again, just to be close to his love Harpreet (Taapsee Pannu). But his struggle is obvious. After Kartar Singh comes to know why Sandeep is back, he throws him out of the camp.

In order to marry Harpreet, Sandeep must become a hockey player and secure a job. That is the condition laid down by her family. Meanwhile, Harpreet Kaur goes on to represent India.

One day, Bikramjit, Sandeep’s older brother, realizes Sandeep has a special skill in playing the drag flick, a difficult penalty-corner conversion technique. He is sure Sandeep has the potential to play for the national side. He takes him to another coach (Vijay Raaz), under whom Sandeep flourishes and becomes a star hockey player.

Sandeep's big opportunity arrives when he is selected to represent India at the World Cup. On the way to Delhi in a train, however, tragedy strikes. Sandeep is accidentally shot in the lower back. He is paralysed waist down and his hopes of playing for India are shattered.

It is often said that truth is stranger than fiction and Sandeep Singh’s real story is testimony. To make a comeback in the world of hockey when doctors didn’t expect him to even stand on his feet is remarkable, to say the least. It comes as a surprise why nobody made a film on him all these years. According to Sandeep Singh, a Punjabi filmmaker wanted to make a biopic, but he refused as he wanted his story to be told across India in a Hindi film.

Soorma lays the foundation of the story impressively in the first half. This portion is a smart mixture of a smooth and effective screenplay that shows a fine balance between hockey and romance. Sandeep’s transformation from a poor player to a national team star not only makes you root for him but also look forward to his return later. 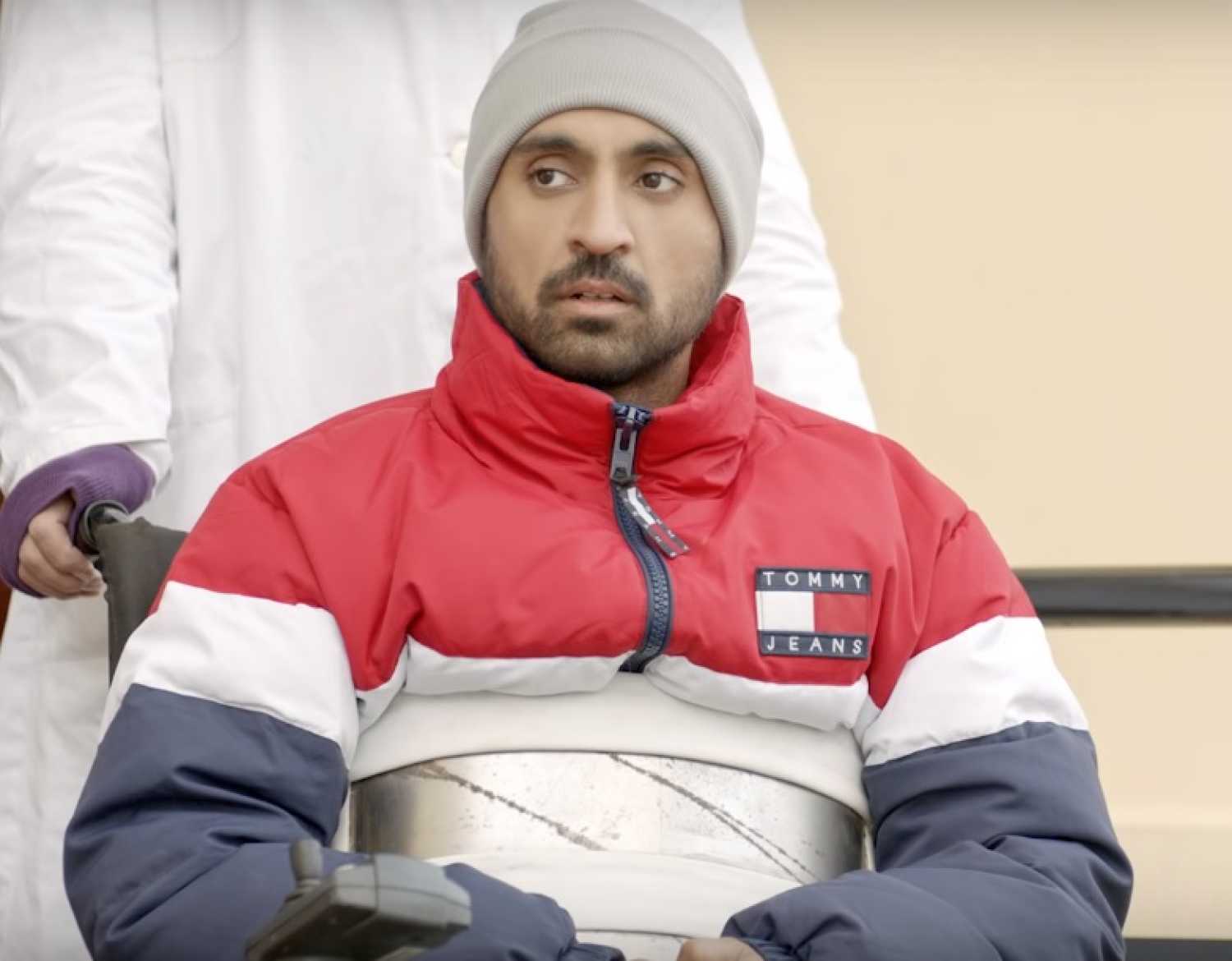 So, it comes as a rude surprise to see the lackadaisical handling of the crucial portions of Sandeep standing on his feet and making a comeback after being reduced to a man in a wheelchair. In other words, the film treats its biggest selling points as ordinary incidents. It might have been a conscious decision by the filmmakers to keep the focus on the romance, but the audience is left feeling underwhelmed.

It is also confusing to see Taapsee Pannu’s character being sidelined later. Harpreet is the reason for Sandeep to return to the field, but her track is reduced to a sub-plot gradually.

The hockey scenes are impressive, even riveting at times. However, the thrill and excitement seem to be missing. Comparisons with the excitement that Chak De! India (2007) brought are unavoidable.

The trio of Shankar-Ehsaan-Loy has delivered a title track that lifts you and goes perfectly with the theme. The song ‘Ishq Di Baajiyaan’ plays a big role in establishing the love story.

The actors not only deliver quality performances, but also play the sport convincingly. Sandeep Singh and his brother Bikramjit have managed their task of coaching the actors well.

This is the first time Diljit Dosanjh is playing the lead in a Hindi film. He gets the different avatars of Sandeep's character right. His portrayal of helpless anguish is heartbreaking. 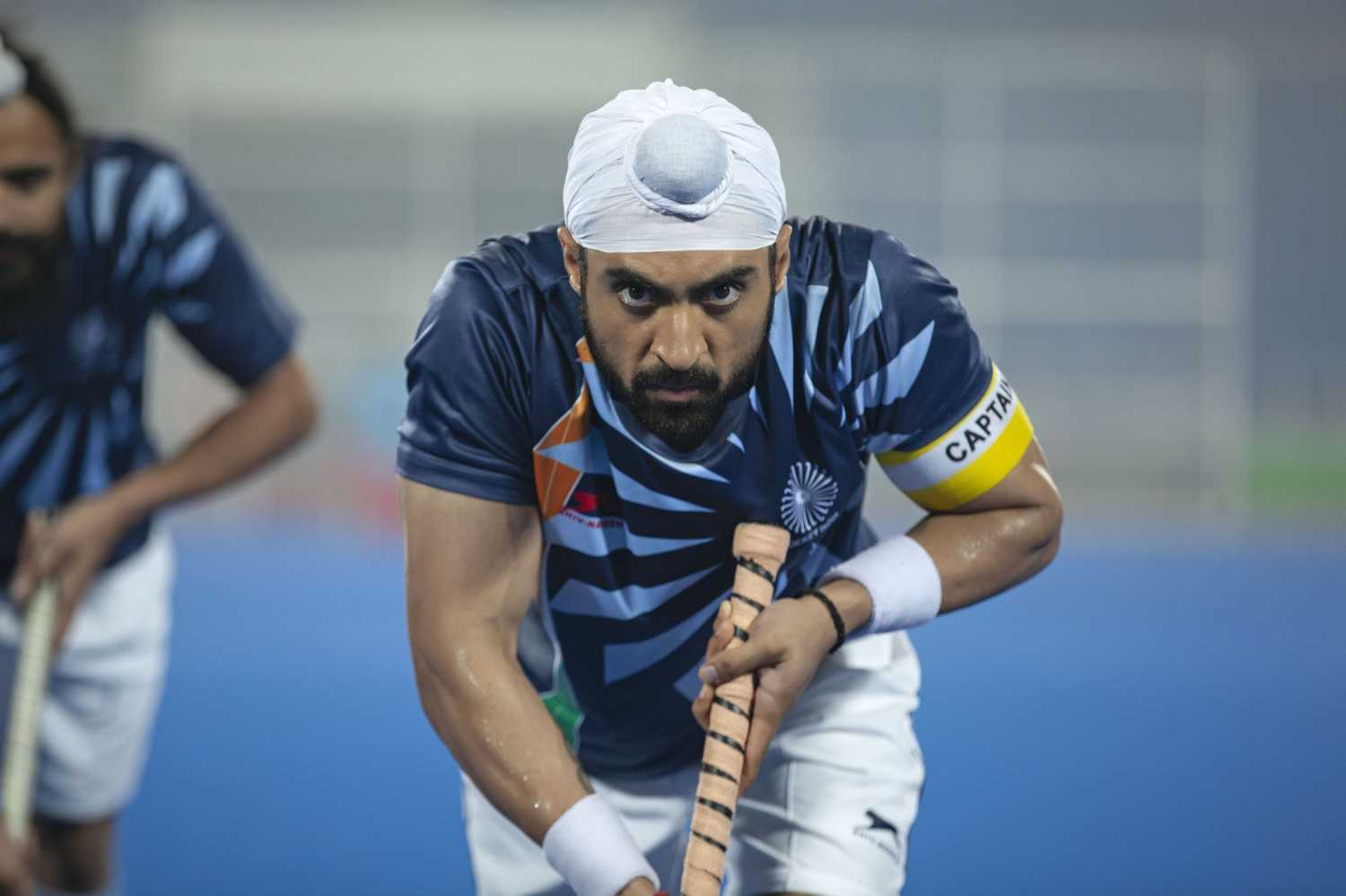 Taapsee Pannu, too, is convincing as a fiery hockey player and a simple girl from a village in Punjab. But, as we have already said, her character suffers from neglect mid-way. Angad Bedi is impressive as Sandeep’s older brother and constant support system Bikramjit.

Guilt of not knowing Sandeep Singh's story made me take up Soorma: Taapsee Pannu

Satish Kaushik, as Sandeep’s father, and Kulbhushan Kharbanda as the hockey federation chief are natural and live up to their status as veteran artistes. Vijay Raaz steals the show. You can’t help but applaud his comic timing whenever he appears. Dan Husain is menacing in the role of a strict coach.

Alas, if only these performances had been complemented by a better screenplay in the second half, the result would have been a motivating biopic of an unsung hero. As it stands, however, Soorma is an engaging biopic that falls short of being a fitting tribute to the incredible comeback of Sandeep Singh.