Silence: Can You Hear It? review – Subdued whodunnit that fails to provide any thrills

Manoj Bajpayee is the heart and soul of this otherwise merely serviceable murder mystery.

Aban Bharucha Deohans’s directorial debut Silence: Can You Hear It? is a run-of-the-mill whodunnit where each piece is slowly put together after a lot of trial and error to finally complete the puzzle. But this process is not as compelling as one would have hoped.

The film begins with a bunch of youngsters finding the body of a young woman named Pooja (Barkha Singh) on a trekking trail. Two days prior to her murder, Pooja had met a local legislator, Ravi (Arjun Mathur), who is married to her best friend, Kavita.

ACP Avinash Varma (Manoj Bajpayee), a cop who is known for his upright nature, is brought on the case at the request of Pooja's father, a retired judge (Shishir Sharma). Scruples notwithstanding, Avinash, who doesn't mind bending the rules to get to the bottom of a case, quickly assembles a team that includes sleuths played by Prachi Desai, Sahil Vaid and Vaquar Shaikh.

The obvious suspect is Ravi, whose wife is lying in a coma in the hospital. But being a politician, he is not someone who can be taken down easily and Avinash needs a piece of solid evidence to nab him. But how will he get it? Also, is there more than meets the eye?

Deohans, an ad filmmaker and author who has helmed a short film titled Teaspoon (2015), makes her debut as a feature-film director with Silence and has done a decent job, especially when it comes to extracting solid performances from the cast. 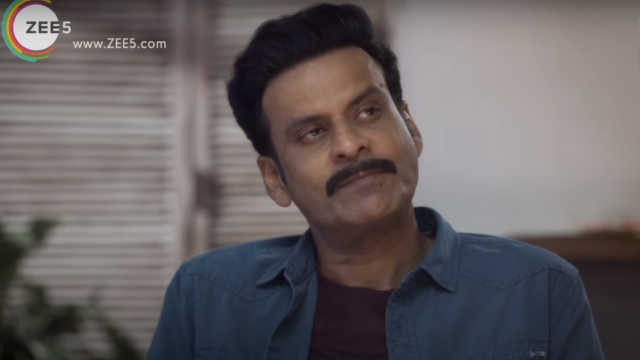 Bajpayee is, as always, in top form, and the actor is the heart and soul of this film. His character is brilliant at deduction. His absolute dedication to justice sometimes compels him to resort to unorthodox methods, which makes him the ideal cop for this kind of murder mystery.

Unfortunately, the rest of the characters have got a raw deal, be it his subordinate played by Desai, or the murder suspect, Ravi.

The execution of certain scenes is also not up to the mark, especially in the case of tense situations, and when things escalate beyond the control of our police team, you don't feel the requisite tension.

Deohans also loses her grip a bit when it comes to the screenplay. It feels like the film is ambling till the climax and only picks up pace in the last 10 or 15 minutes.

Deohans has put logic on the back burner when it comes to the screenplay. There are many things that just require you to not use the logical part of your brain, but it works as long as the film keeps you invested. But that doesn't happen often.

The film doesn't reveal its cards for too long and keeps the audience in the dark till the last moment, which makes one lose interest in the proceedings. At times you also get the sense that Deohans wasn't sure what tone she should go for. In some instances, it feels like a dark, moody thriller, and then suddenly the tone shifts to a more generic buddy cop drama.

Also, although the team uncovers new clues every other day, no sense of urgency comes across in the narrative. About 15 minutes of the runtime could have easily been lopped off to give the film a race-against-time feel.

Despite the many negatives, Silence: Can You Hear It? is still a serviceable whodunnit that benefits from Bajpayee's earnest performance.

Silence: Can You Hear It? is now available on Zee5.