Pratik Gandhi is utterly convincing as the notorious stockbroker who was known as the Big Bull.

The name Harshad Mehta is synonymous with stock market skulduggery. Those who grew up in the 1990s would, no doubt, be familiar with his involvement in a number of financial frauds which harmed the market. But this infamous figure didn't start out as a crook.

With his family in dire straits after the patriarch’s garment business goes bust, Harshad takes on a series of odd jobs but is unsatisfied with the fruits of his labours. He is then introduced to the share market and takes to trading like a fish to water, rising from novice to superstar. 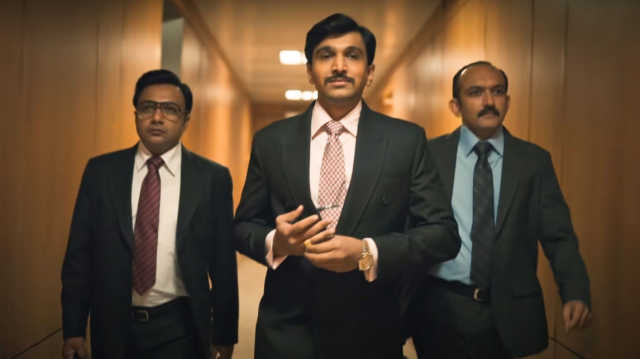 However, greed sets in and the stockbroker slyly strays from the path of probity, sowing the seeds of his eventual downfall in which Sucheta Dalal (Shreya Dhanwanthary), a dauntless financial journalist, plays a key role.

Hansal Mehta has put the long-form medium of the web-series to good use. He and writers Sumit Purohit, Karan Vyas and Vaibhav Vishal have spread out the tale evenly while going into the details and nuances of the anti-hero as well as the other major characters in this drama. This fine detailing is also seen in the production design (except for the anachronistic modern-day BEST buses and Wankhede stadium that are passed off as their yesteryear counterparts), cinematography and colour palette, which paint a lively picture of old Bombay.

The transition of a young, passionate bloke into a cunning businessman is so subtle and smooth that you hardly notice it. It is impossible to point out a single instance when Mehta sharply changes track, and this speaks volumes for Hansal Mehta’s craft. It recalls the subtle transition of Gurukant Desai (Abhishek Bachchan) in Mani Ratnam’s Guru (2007).

The seamless narrative is equally facilitated by Gandhi’s convincing performance, which deserves applause. He adds tremendous life to his complex character and lives the role. 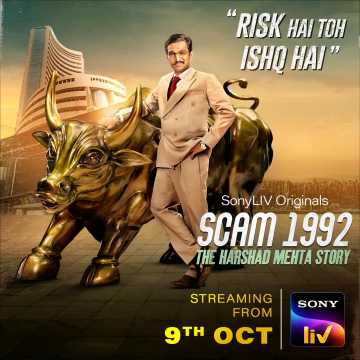 Scam 1992 is as much about Dhanwanthary’s Sucheta Dalal as well. The actress keeps her graph high throughout the series, proving that she is a force to be reckoned with. Kher is remarkable as Harshad’s pillar of support and critic.

Scam 1992 has a long list of memorable performances from the likes of Anant Narayan Mahadevan, Satish Kaushik, Nikhil Dwivedi and KK Raina. Rajat Kapoor deserves special mention for his spectacular take on a strict and sarcastic CBI officer, despite his limited screentime.

On the flip side, for almost three episodes the viewer is bombarded with technical jargon related to finance, the stock market and the business world, which is lost on laymen and weighs the series down.

Thankfully, the proceedings gather momentum once the screws start tightening on Harshad around the halfway point, gripping viewers as tightly as the lead character's chokehold on the stock market in his salad days.

Scam 1992 is now available on SonyLIV.

The Hardik Gajjar-directed film is a one-time watch that unfortunately never realizes its potential...