Saaho aims to be a high-octane action flick with breathtaking set pieces but ends up as an ambitious attempt that’s barely exciting and mostly silly.

Prabhas’s Saaho (2019) aims for the moon, taking a truckload of inspiration from SS Rajamouli’s Baahubali films, but ends up falling hard on its face. It aims to be a high-octane action flick with breathtaking set pieces, but sadly ends up as an ambitious attempt that’s barely exciting and mostly silly.

If not for Prabhas’s charisma and his powerful screen presence even in the most generic scenes, Saaho would have been a tedious watch.

Saaho borrows its basic plot from the French thriller Largo Winch (2008). When a powerful billionaire is brutally murdered, his adopted son has to prove his legitimacy to take over his father’s empire. The twist (one of many) revolves around the identity of the adopted son. 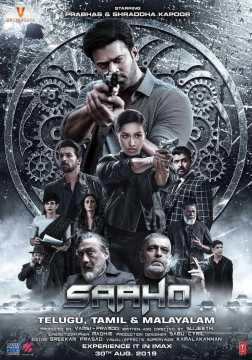 Saaho has more twists than any recent Indian film and if you think that’s a good thing, you are wrong. Because by the time the identity of the son (no brownie point for guessing) is revealed, so much time is wasted that the shock value that comes with the twist has no impact whatsoever. As more twists get unravelled, Saaho tests one’s patience and all the money spent on lavish visuals and action is only let down by aimless writing.

Despite the presence of solid acting talents like Jackie Shroff, Mandira Bedi, Chunky Pandey and Arun Vijay, Saaho does not feature a single memorable and solid character to root for. Of course, there’s Prabhas and he steals all the spotlight, but what’s the use of having so many characters that add no value to the story.

For instance, every time Chunky Pandey is in the frame, we hear him narrate a short story that has no purpose. If only more time was spent on writing than on making these characters look suave on screen, we would have had better performances. 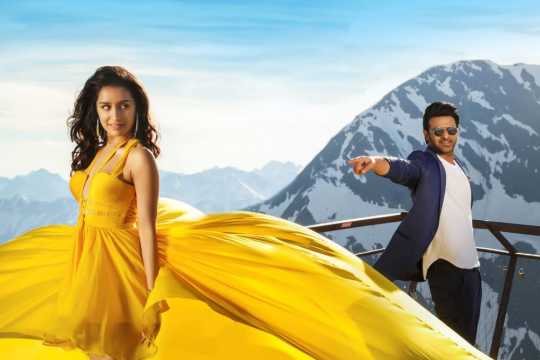 Even Shraddha Kapoor’s role isn’t great; it is just decent, thanks to how comfortably she shines in the action sequences. At least you can see that there is some effort in her character when she runs and fights.

As much as Prabhas tries to shoulder Saaho single-handedly, the film barely stays afloat. Even Prabhas can’t save some of the flat moments in the first half. If the trailer of Saaho got you intrigued with its high-octane, power-packed action visuals, beware that the film packs all that into one bloated segment towards the end, making the long wait not worth the while.

Saaho, in spite of the 15-minute-odd action stretch towards the end, doesn’t leave you with a high. In fact, it ends up as a film that disappoints in spite of showing promise.

Laghushanka review: A family tries to hide an embarrassing secret before a wedding

The directorial debut of writer Nikhil Mehrotra is a delightful take on secrets and arranged...

Cinestaan Curates: MAD is a captivating film that fuses craft with sensitivity

Vinod Rawat gives us an unconventional film that exhibits the ways in which the mother and out...

Pratik Gandhi is utterly convincing as the notorious stockbroker who was known as the Big Bull....