Pupa review: Delineating stock concerns of a modern bhadralok in a humorous tragicomedy

Director Indrasis Acharya dexterously crafts a vibrant portrait of the perennial concerns and dilemmas of a modern Bengali family through the interactions of typical stock characters from Bengali society.

The sudden death of a Mother and the consequential ailment of a Father throw the lives of a typical bhadralok family into a disarray of irresolvable dilemmas and unravel the socio-psychological states of its members. Director Indrasis Acharya roots his analytical portrayal in this dilemma of choices that the socially motivated conscience and consciousness of these eclectic characters quarter them with.

Four characters live out their dilemmas on the psychologies of their fellow characters while unable to resolve the quandaries of their own minds. There is the academic uncle, a retired Berkeley professor with a propensity to crack jokes drawn from electrons deserting atoms or an equivalency between death and the call of infinity.

There is the devoted son who works in the US and missed his mother’s death, and now feels bound to his suddenly near-death comatose father who passes all deadlines set by doctors without showing any signs of recovery, throwing the life of his son in a gnawing stasis as the parent company expresses concerns over his indefinite leave extensions. 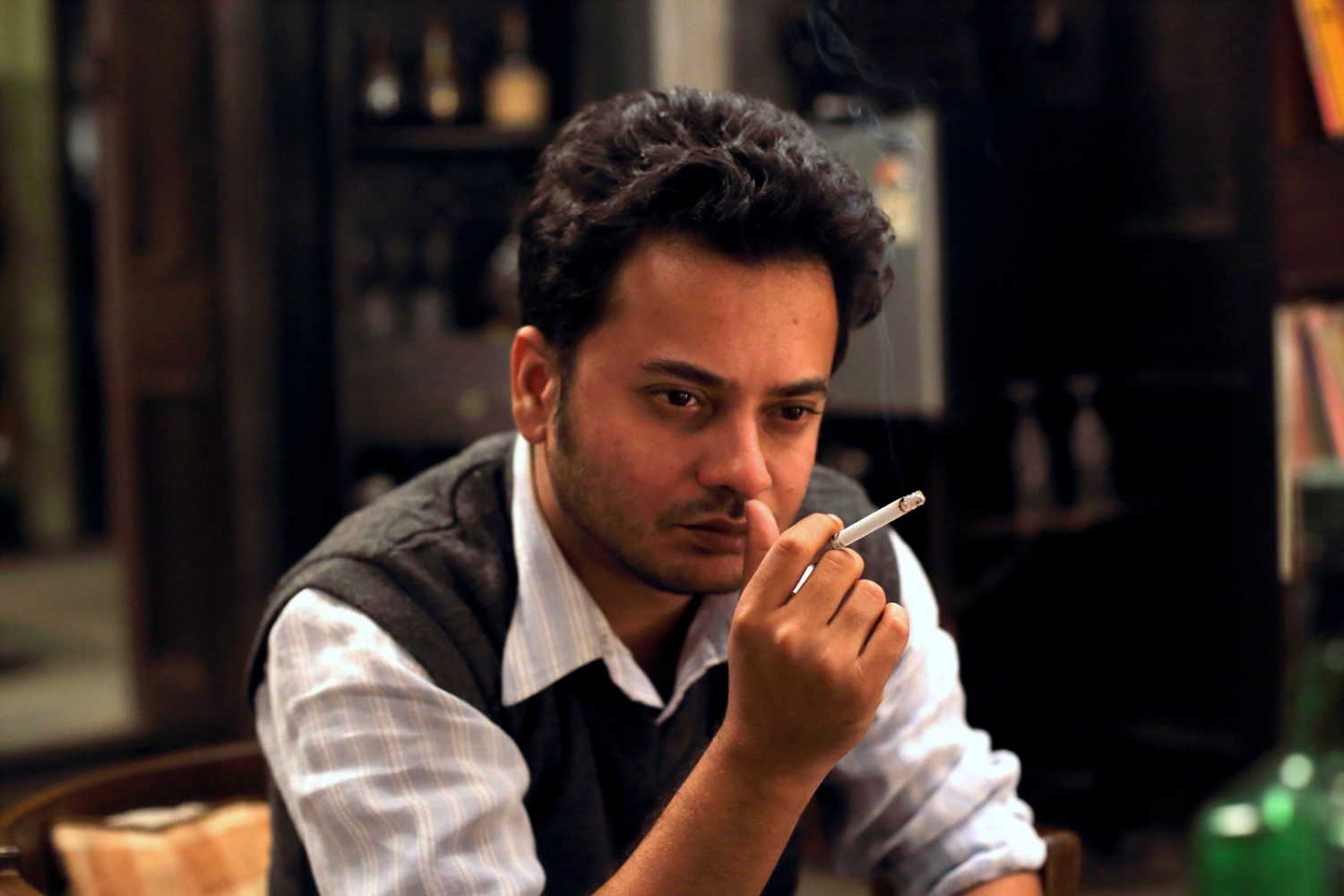 There is the son’s girlfriend who has to leave for a doctoral degree in the US but is now uncertain about her future in the US with the mourning son. There is the married sister caught between her desire to be with her ailing father and family, but constantly thwarted in her attempts by her unsympathetic patriarchal husband and his passive aggressive demands that she take care of his mother and their young daughter.

Minor characters like sympathetic society members who perform condolences and vocalize concerns at an impromptu condolence meeting planned by the son for his deceased mother, an inattentive nurse who happens to be a little too invested in her cellphone rather than her patient, the son’s boss expressing his half-felt sympathies while warning about the possibility of his replacement in the US, and some others occupy Acharya’s vibrant canvas.

Subtle tongue-in-cheek commentary without melodramatic extremities of expected morality and ethical codes is the maneuvering strategy that Acharya decides to employ for this narrative. Acharya’s camera is subtle, not invasive, often occupying unsuspecting spaces as the characters walk about their lives with the stasis of the frame explicating the stasis of their quandaries. 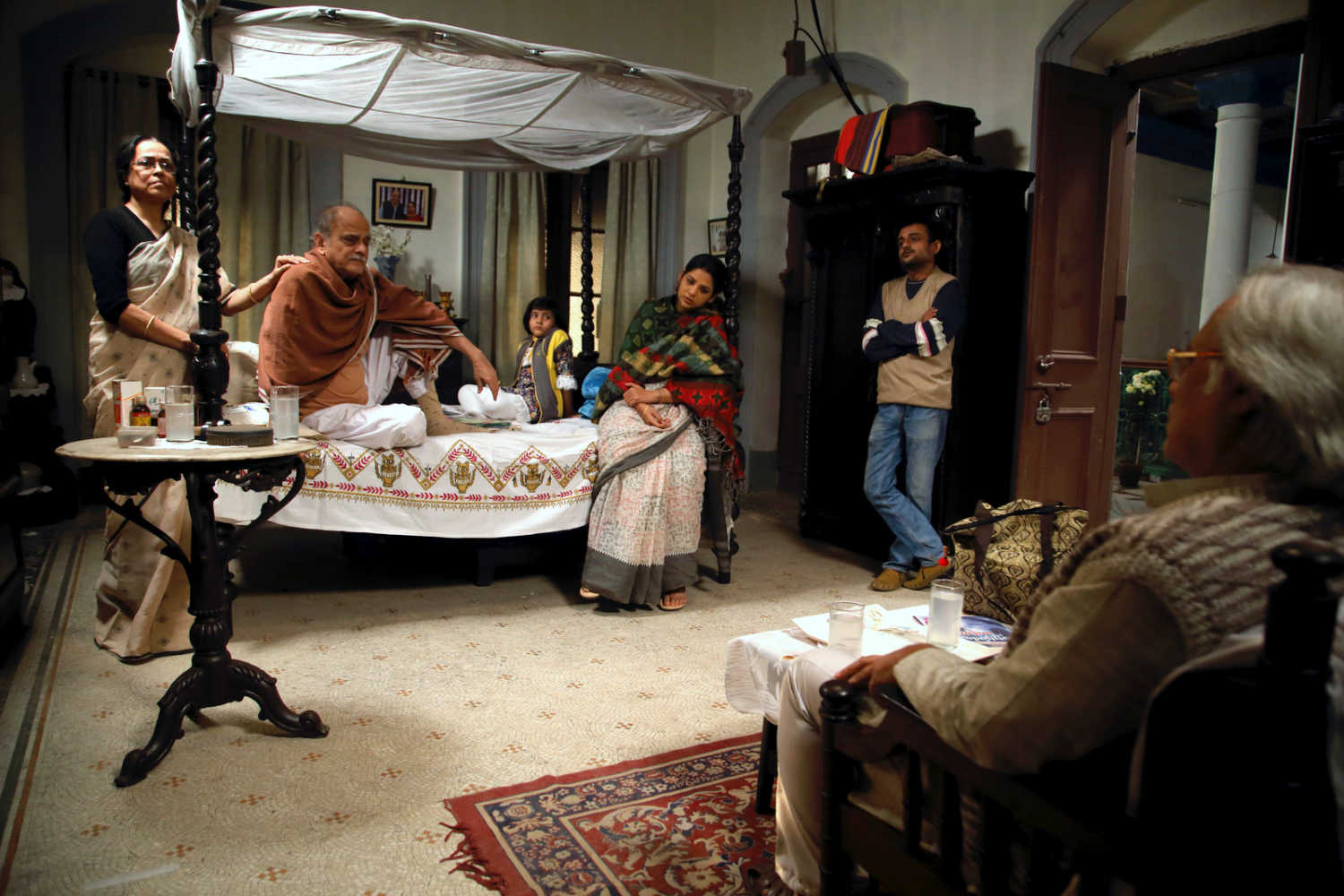 What emerges is a humanist and humourous drama where the dénouement takes an unexpected dark turn that leaves the viewer feeling oddly complicit in the identificatory projection that the film skillfully baits you with.

A deconstruction of the relationships in the modern Indian family and the place of traditional roles, ethics and responsibilities is offered as an insight into the many ways the typification of attitudes and mindsets unfold within the modern Indian psyche as it continues to explore its structure and functionality. This is true especially within the Bengali familial structure which has always been fraught with the negotiations within its postcolonial stasis, its encounter with modernity and contrariness in accepting and consolidating its cultural capital along with its history, as it continues to struggle to find its identity within the transforming national context. It is this exploration of the familial and the patriarchal that allows a deconstruction of the larger national cultural and social mores which plays out a very human drama about our motivations and decisions, and the ties that bind us within the subcontinental patriarchy.

Anshuman Pratyush's film only serves to educate the audience on the abortion rights of a minor...

Borderlands review: A moving documentary about lives separated, shaped and changed by lines on the map

Directed by Samarth Mahajan, the film captures the struggles and distinct cultures that have emerged...