The weak dialogues and repetitive songs notwithstanding, the film is a delightful watch.

While the trailer of Anindya Chatterjee’s Prem Tame would lead one to believe that it is the story of a young man's search for true love, the film has much more to offer. Even if one might get irritated with the dialogues, which bring to mind the silly lyrics of some of the Kolkata-based band Chandrabindu's songs, the smooth journey of the protagonist and the plot gradually lead the audience towards a revelation that justifies enduring some of the exhausting moments in between.

Beautifully shot by Subhankar Bhar on some of the most stunning historical locales in West Bengal, Prem Tame has been poetically put together by editor Arghyakamal Mitra.

Backdrops such as the Bandel Imambara and several other heritage sites in Serampore make for a lovely diversion whenever you don’t feel like concentrating on the protracted dialogue.

The fresh casting of Soumya Mukherjee (Pablo), Sweta Mishra (Arshi) and Susmita Chatterjee (Raji) make the complexities and internal crises of each character more relatable. Prem Tame successfully holds a mirror up to our vulnerabilities and inner demons, which are often overlooked. 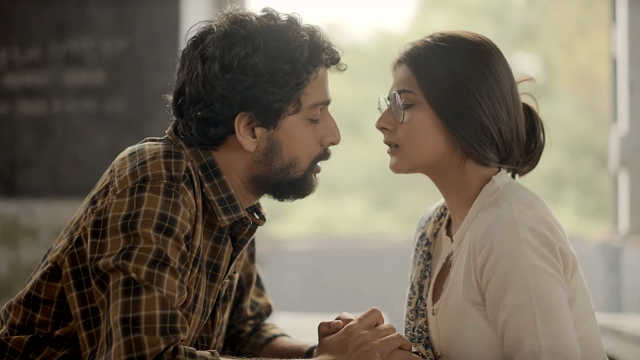 Though Pablo remains at the centre of the story, the significance of the philosophical message that emerges at the end of the narrative isn't confined only to his journey. At the beginning of the film, Pablo embarks on a quest though he is unaware of his goal. He is familiar with the pain of loss since his childhood when his father, a sailor, left the family never to return. Hence, he has a natural inclination to cling to someone whom his heart grows fond of. Pablo’s innocence leads him to believe that he is in love when Arshi shows the first sign of dependence on him. Later, a passionate kiss and the urge for physical intimacy rob him of a chance to gain a better understanding of Raji, whom he asks to be his live-in partner instantly.

Arshi, a vulnerable soul who was raised in a protected environment, begins to regard desperation as an act of cleverness after her first brush with rejection; Raji, a rebel on the outside, is so vulnerable and secretly terrified of exposing her emotional side to anyone. In search of unconditional love, she refuses to settle down, running from one illusion to the next.

The three characters, like all of humanity, have expectations, form attachments and attempt to navigate through life. Pablo’s realisation regarding inner peace is a cathartic moment given his never-ending restlessness and continuous conflict concerning emptiness and dissatisfaction.

Prem Tame subtly criticises the recent growth of moral policing in society with its inclusion of student politics. Also, the way Raji’s pet dog transforms into another important character is not only heart-warming also but rife with meaning. 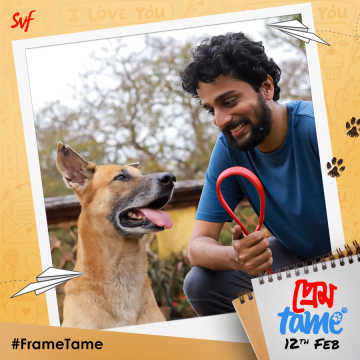 Mukherjee beautifully brings alive the helplessness of his character. It is easier to relate to his struggle as he doesn’t go overboard with his emotions. A song sequence where Pablo reaches his tipping point is beautifully conceptualised.

Chatterjee is perfect as Raji as she hardly displays her emotions, casually sidestepping Pablo's expectations while Mishra naturally gets under the skin of her character with subtle confidence.

The weak dialogues and repetitive songs notwithstanding, Prem Tame is a delightful watch. The film is also interestingly unpredictable. Initially, one might question the decision to depict small-town romance in Bengal or induce nostalgia regarding the same but eventually, the director's intentions become evident and the audience is left with a meaningful experience.

The two thematically different but linked narratives in the film fail to deliver the essence of the...