The Modern Love columns, which began in 2004, from The New York Times have a fanbase of their own. Humorous, moving and insightful, they take us into the deeper aspects of a stranger's life and connect us in ways that can devastate or heal.

The columns have since been developed into three books and a podcast and, in 2019, were adapted into an anthology series of the same name for Amazon Prime Video. A second season was premiered in August 2021. Earlier this year, the Indian adaptations set in the cities of Mumbai, Hyderabad and Chennai were announced.

The Hindi adaptation, Modern Love Mumbai (2022), is movingly effective in the way that it cuts across a section of Mumbaikars and tells their stories in an upbeat and refreshing manner. From long-time relationships to new romance, familial expectations to newfound freedom, these stories have been adapted from the personal essays to fit the television format.

Like the anthologies that have arrived on the streaming platform over the past few years, there are some wobbles, but Modern Love Mumbai is an overall winner. Personally, I was glad to take a break from murderers, cops, overarching seasons and nail-biting cliffhangers. Here, it was all about human connections and how we are all joined together in this race called life. 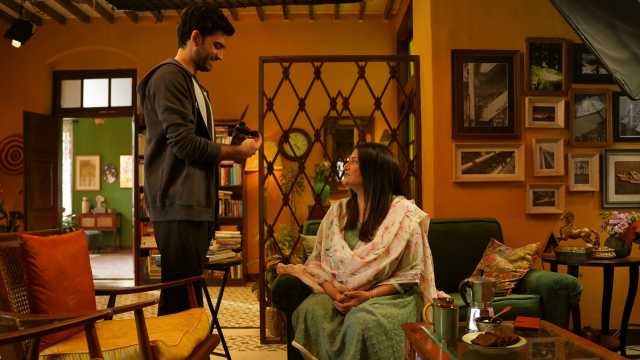 Writer-director Alankrita Shrivastava’s My Beautiful Wrinkles stars Sarika as Dilbar, a self-reliant grandmother who has left her husband ages ago. Mourning the loss of her lover Iqbal, Dilbar finds herself unnerved when a young man she is mentoring, Kunal (Danesh Razvi), expresses a romantic interest in her.

Shrivastava is among a handful of filmmakers interested in telling stories about older women, as is evident from her debut Lipstick Under My Burkha (2017) and the web-series Bombay Begums (2021). Here she introduces a coterie of friends who gather to play cards; Dilbar is aghast that Seema (Yamini Dass) still acts lovey-dovey with her husband.

An impending college reunion finds her re-examining her past and pondering over Kunal’s proposition. Meanwhile, Kunal himself is at a crossroads with his life prospects and the fear of moving ahead. Both give each other the courage to go forward. The interactions between Sarika and her friends are honest and fresh for Indian screens. 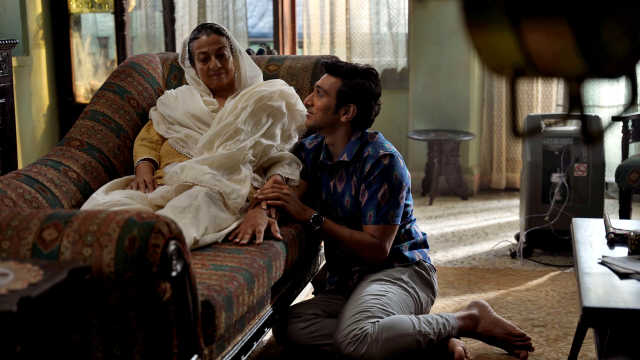 Hansal Mehta’s Baai features Pratik Gandhi as Manzar Ali, a gay man often distanced from his conservative Muslim family, who finds himself wanting to admit his deepest secret to his beloved grandmother (Tanuja) on her deathbed. Mehta’s segment touches upon the 1993 riots and how it affected the Ali family, and moves on to the expectations Manzu and his family have from him.

Manzu, who is a singer, moves to Goa where he meets a chef Rajveer (Ranveer Brar) and begins a relationship with him. Gandhi aptly channels Manzu’s alienation from his family and his feelings being othered just because he is gay. The segment deals with more crucial topics, especially those that relate to being true to oneself. The song ‘Kaisi Baatein Karte Ho’, composed by Jeet Gannguli, captures the mood of its characters. 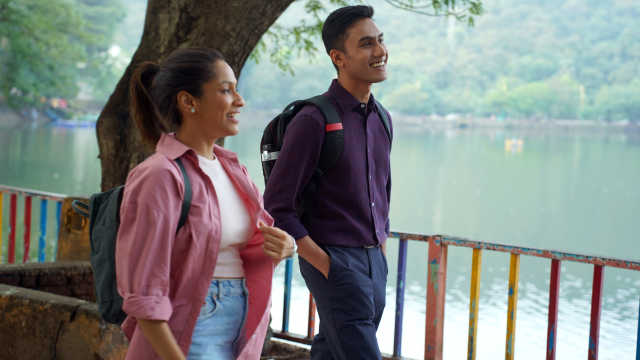 In Dhruv Sehgal’s I Love Thane, Masaba Gupta plays 34-year-old Saiba, a landscape designer trying to navigate her career and keep up with the dating scene. Driving every day to Thane for a work assignment on an upcoming park, she reconnects with a junior, Parth (Ritwik Bhowmik).

Sehgal’s segment looks at modern dating in your thirties, which is still a nightmare, just with more expectations. Gupta’s Saiba is astonished when she finds Parth does not even have an Instagram account. “Be glad you don’t have to think of captions,” she tells him. Also starring Prateik Babbar, Aadar Malik and Dolly Singh, I Love Thane has some pacing issues that bring its level down in places. 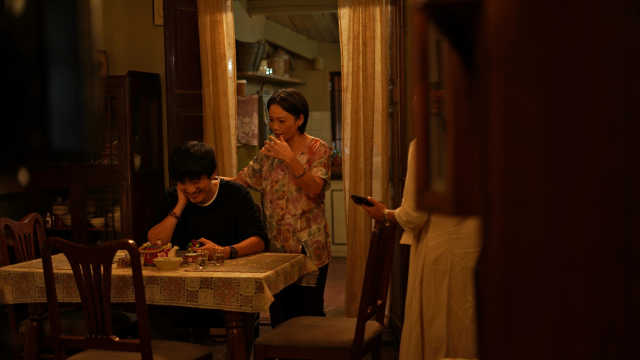 Vishal Bhardwaj’s Mumbai Dragon takes us to the Mei family where the resilient Sui (Yeo Yann Yann) has great intentions for the future of her son Ming (Meiyang Chang). The warm and funny episode, headlined by the wonderful Yeo, tackles family drama and identity issues with aplomb.

Ming, an aspiring singer, has kept his relationship with Megha (Wamiqa Gabbi) under wraps for now. But the dutiful son and boyfriend struggles to balance his love for his mother and his desire for a future with Megha. The segment also features Naseeruddin Shah as Sui’s supportive rakhi brother Pappi and has a cameo by Anurag Kashyap as a film director.

Bhardwaj also composes a clever ditty that works as Ming’s breakout song, but the highlight of Mumbai Dragon is the loving bond between the overprotective mother and her son.

My personal favourite was the uplifting Raat Raani by Shonali Bose, featuring a standout Fatima Sana Shaikh as Lali, who has relocated from Srinagar to Mumbai after her marriage to Lutfi (Bhupendra Jadawat).

He works as a security guard while she is a cook, and the couple have managed to get their own little room in a slum in Mumbai. After he suddenly leaves one day after claiming to be stuck, she struggles to stand on her feet.

But her journey towards self-reliance and independence is filled with moments of heartfelt joy that brought several smiles to my face. Shaikh is absolutely terrific as Lali, who goes through a range of emotions after Lutfi leaves her. There’s anger, heartache, despair, and eventually acceptance. I loved the scene where Lali gets to complete her heart’s desire after being denied of so much all her life. 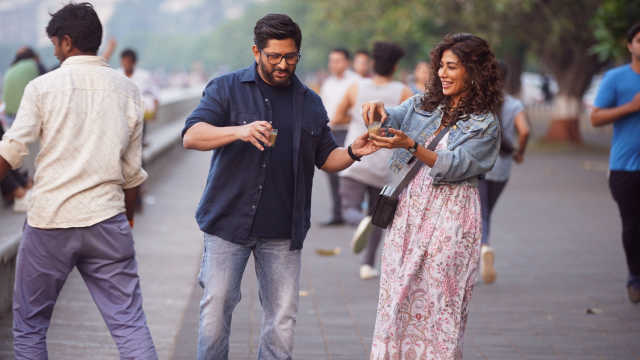 Modern Love Mumbai ends with Nupur Asthana’s Cutting Chai, which finds Chitrangda Singh’s Latika introspecting on her life and marriage after a cruel comment from her husband (Arshad Warsi). The elements of Latika’s re-examination of her past, from her musings to imagining a path not taken, feels a bit off, even while the romance between them perseveres. Asthana also has to make way for tying up the loose ends from previous episodes, which weighs her segment down more.

The little moments of the show stand out in making Modern Love Mumbai more meaningful, like walking into a place that held importance for you once, taking you back in time, or the shared glance between two women, both on awkward dates in the same restaurant.

In a nice touch, the filmmakers, divided evenly across gender, also feature in the opening credits of the title song which has snapshots of relationships from across the board.

While anthologies in the Indian OTT space have largely been a mixed big, Amazon Prime Video’s Modern Love Mumbai is largely compelling. Towards the end, one character rightly proclaims, “This city gives me hope.” It sums up the tone of this lovely adaptation.

The filmmaker's insistence on addressing social ills in a light-hearted manner is the biggest of...

This clichéd and sometimes unintentionally funny film, which tackles the agrarian crisis, in...