Debanjan Majhi’s short film, Midnight Mirror explores hodophobia, an irrational fear of travel, in the context of a woman's internalised anxiety about safety while traveling alone at night. Featuring Trina Saha, Sharonyo Banerjee and Apratim Chatterjee, the film easily creates anxious anticipation through its content and the ambience surrounding it.

Jahnavi (Saha), a television artiste, travels alone at night after a party gets over. A series of incidents is depicted after she books a cab for home and gets in it. These events regularly take place at night in our country, where women still need to think twice before commuting alone. However, the film shows the flipside of the incidents, as Jahnavi cannot help but anticipate in her mind the dangers lurking in every corner as she travels alone at night.

Majhi perhaps wanted to reflect on the reality projected through internalised anxiety. Even if a woman travels safely with a stranger at night in a cab, she cannot help but prepare herself for impending danger. For example, as Jahnavi gets into the cab, she calls up somebody and asks the person to stay on call till she reaches home. 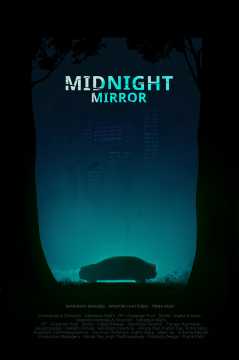 The film gradually depicts all the potentially threatening factors throughout her journey. The possibility of low battery on phone or of having a preying stranger sharing the ride. No matter how little women care about their dress in a familiar scenario, it becomes a matter of concern in an unfamiliar space at night. A woman can ill afford to relax after getting drunk in an unfamiliar space as well.

Majhi also knows that like Jahnavi, the audience of the film too will start anticipating danger as soon as she gets into the cab. He makes the best of exploiting the psychology by infusing the narrative with the extremities of hodophobia.

Rupanjan Paul’s clean cinematography adds to the elements that raise anticipation and anxiety in the audience. The camerawork within the cab is skilful yet effortless enough to grab the audience’s uninterrupted attention.

Aakash Ghosal’s background score too plays a crucial role in creating the ambience of the film. In the beginning, the repeated digital sound seems a bit of a drag, but inside the cab the use of eerie silence, the continuous sound of a ticking clock and the loop of a mechanical sound in the climax turns the mood in the film even more tense.

Both Banerjee and Chatterjee are quite dramatic in their brief appearances. They add to the eerie mood of the film, by lending over enthusiastic expressions that cause discomfort to both Jahnavi and the audience. Saha, on the other hand, seems rather passive in emoting her helplessness in contrast to her co-artistes' performances.

The title Midnight Mirror fits the film well, as it brings out the inner voice of the subconscious mind at midnight, a time when we deeply contemplate our thoughts and feelings.

Watch the film below:

The Confession review: Interesting take on the COVID-19 pandemic and its victims