Puri Jagannadh’s Liger (2022) opens with an important mixed martial arts (MMA) tournament finale taking place in Las Vegas. It’s a big deal for the titular character, Liger (Vijay Deverakonda), who is representing India. But by the end of the feature, the filmmaker and the characters both seem to collectively decide that the title doesn’t matter.

Deverakonda’s much touted Hindi debut is all over the place. The actor plays Liger, a young man who moves to Mumbai from Banares with his strong-willed mother Balamani (Ramya Krishnan). They have their own chai (tea) stall to make ends meet, and a goal to accomplish.

Liger’s mother is determined to make her son a champion just like her late husband. Thankfully, there is no flashback to introduce us to the absent parent. Balamani sends him to a former opponent of his father’s (Ronit Roy) who now owns a club. It is determined the young man has potential; the only thing standing in his way is his stammer.

The film makes this Liger’s only weakness and uses it at both comedic and dramatic moments to take the flimsy plot forward. Added to the mix is Liger’s threadbare romance with rich socialite and wannabe social media star, Taniya (Ananya Panday) who also happens to be the sister of a rival MMA opponent Sanju (Vish). 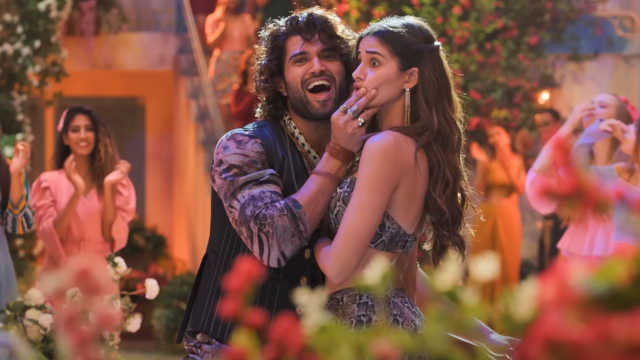 His mother and his master both think a romance would be the worst thing for his fledging career for different reasons. It becomes the sticking point and the motivation for Liger to succeed and prove something of himself, as he tries to make a name of himself at the national level.

Like the way the film treats Liger’s stammer, writer-director Jagannadh can’t decide whether the film should be a comedy or a drama, and veers wildly between both. Often times, it leads to several unintentionally funny moments, especially in scenes involving Ananya and Ramya.

Liger’s weak screenplay is backed by terrible technical choices. The editing is frantic in places, the sound design and background score is loud, and the cinematography doesn’t take advantage of the tension and excitement of the contact sport of MMA. 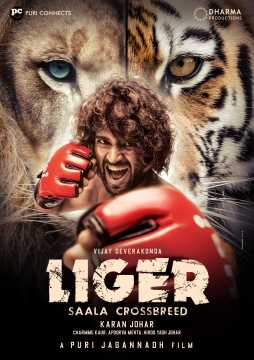 The main character’s rise to the top is also very matter-of-fact; we barely get to see any trajectory. The story moves ahead in segments, only to position Liger in elaborate set pieces, like a fight sequence with women fighters, and later a bizarre battle with his idol, fighter Mark Anderson, played by former boxer Mike Tyson, who’s dressed up as a cowboy. Don’t ask!

The film is interrupted by songs that work as distractions from the story; the only drawback being, I didn’t even realize the film had ended once the final song began playing. Liger has small moments that work, like witty dig at Liger being like Kabir Singh, in reference to Arjun Reddy (2017), which made Deverakonda a household name.

The actor, who is fierce in the action sequences, looks lost in other portions. The romance between him and Ananya’s character is also not convincing enough. Ronit Roy as Liger’s master is the only believable character and portrayal in the film, besides our earnest lead. Chunky Panday has a nice cameo as a rich patron.

We are constantly reminded of the film’s title and it’s reference to being a crossbreed between a lion and a tiger. However, this film is nowhere close to being that audacious. It’s a disappointing Hindi debut for the south star.