Barring a few areas, the Advait Chandan film is a scene-by-scene remake of the original Hollywood version.

With Laal Singh Chaddha (2022), the actor took a major risk by deciding to produce and act in the official Hindi remake of Robert Zemeckis’s classic Forrest Gump (1994), starring Tom Hanks, who won an Oscar for his performance. Although director Advait Chandan’s movie matches up to the original in terms of scale, it breaks Khan’s record in providing quality films in this genre.

In the Hindi version, the story revolves around a young Laal Singh Chaddha (Ahmad Bin Umer) who is physically challenged and has been advised to use leg braces and has a lower intelligence quotient (IQ) than his peers. But his mother (Mona Singh) never lets him feel any less than ‘normal’ kids. She somehow manages to get him admitted to a good school.

When Laal faces rejection and ridicule from other students, his classmate Rupa (Hafsa Ashraf) rescues him and becomes his only friend. Her friendship also ensures that he miraculously gets physically fit. 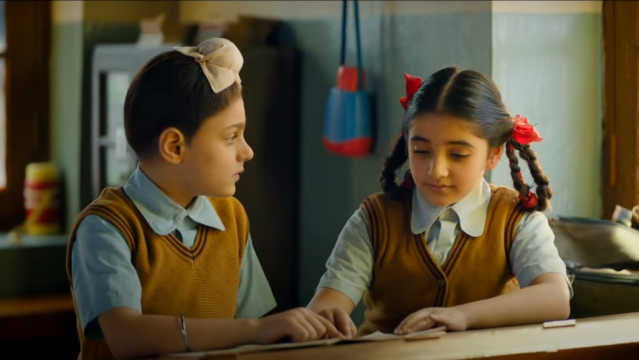 The friendship slowly transforms into love as they grow up, at least for Laal, now played by Aamir. However, the older Rupa (Kareena Kapoor Khan) has other plans as she wishes to become a film actress.

Meanwhile, Laal joins the army where he meets Bala (Naga Chaitanya) and they become thick friends. They are soon required to participate in the Kargil War of 1999. Similarly, the film, while showing glimpses of important events from India’s history, narrates Laal’s life story as he goes about spreading his happy-go-lucky and innocent vibes.

Laal Singh Chaddha completely changes the narrative track of character of Forrest Gump's female lead Jenny, played by Robin Wright in the original. This Indian-ization of the character as Rupa works well.

Similarly, the original film featured Forrest's army buddy Bubba (Mykelti Williamson) being obsessed with the family business of selling shrimp. In the Hindi version, Naga Chaitanya, who plays a version of that character, is shown thinking about his ancestral business of manufacturing ‘chaddi-baniyan’ [underwear and vests] 24/7. There is humour each time it gets a mention in the film.

Laal recalling his experiences in the train to the passengers appears more realistic than the frame story of the original. 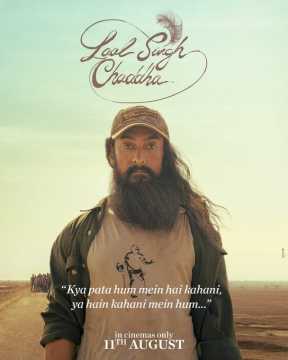 But apart from these two points, Laal Singh Chaddha is just a scene-by-scene remake of Forrest Gump. In fact, at many places, even the dialogues are just translated from English to Hindi. So, those who have seen the original and liked it won’t find any fresh variety on their plate. This is surprising since Khan, who is hailed as a perfectionist, was at the helm of affairs.

However, even those who haven’t seen the original won’t find a superlative product at their disposal. The film has its moments in the first half and that part at least holds hope. But the narrative becomes a drag after the interval.

The emotional turn of events in the latter half of the film move you only to some extent. It doesn’t overwhelm you with emotions and leave you with a heart-warming feeling. Also, a rescue scene during the war and its consequences defies logic.

The subject of Laal Singh Chaddha rests on the performance of the protagonist. Aamir Khan is fine and funny as the middle-aged Sardar narrating his tale in the train. But for much of the film’s duration, when set in the past, the actor displays several weird expressions. This hampers his performance and the film overall. 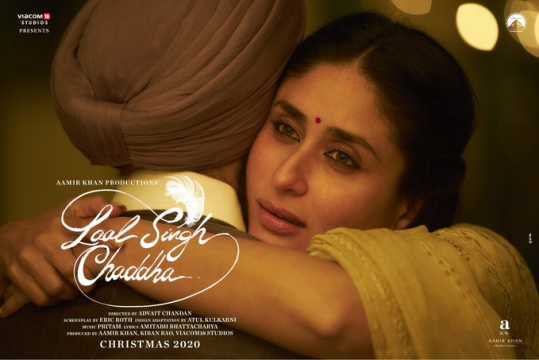 The rest of the cast does a fine job. Kareena Kapoor Khan portrays the vulnerability of her character in a subtle way. Mona Singh is lovable as the mother.

Laal Singh Chaddha reaches its pinnacle when Shah Rukh Khan makes a terrific cameo. Sadly, the film as a whole isn’t enough to fill your heart with the kind of joy the protagonist gets while savouring those gol gappes [a spicy Indian street food].