Directed by Kaushik Ganguly, more than the storyline itself, the conflicting characters of Jyeshthoputro appeal to the audience.

Kaushik Ganguly’s Jyesthoputro, originally conceived by the late award-winning filmmaker Rituparno Ghosh, realistically depicts a complex relationship between two brothers within the frame of a rather simpler narrative. Ganguly doesn’t attempt to provide any solution to the crisis, rather paints a grainy picture with the greyness of all the characters present in the story.

More than the storyline itself, the conflicting characters of Jyeshthoputro appeal to the audience. All the characters are conditioned by complex circumstances and have their own narratives — as if none of them has an independent existence. Ganguly has sketched the characters as estranged members of a family really are.

The story revolves around two siblings, but all the other characters have a significant contribution in bringing out the complexities between the two. Most of them fail to go beyond their own perceptions about the others and thus, Ganguly reminds us that human beings mostly see what they want to see.

Jyeshthoputro succeeds in going beyond the mere narrative of an elder son of a humble family, who cannot escape the entanglements of a celebrity life, having been the most popular filmstar of his time. The film rather attempts to unravel the layers of human psyche that often tends to blur all the sense of morality and ethics. The director shows that egoistic humans often become conceited over merely fulfilling their duties and forget basic compassion. 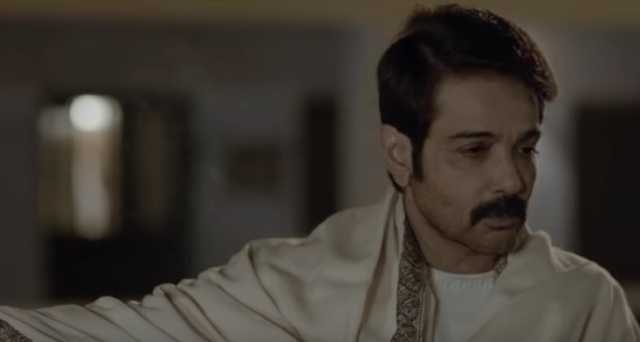 Filmstar Indrajit Ganguly (Prosenjit Chatterjee) receives the news of his father’s death in the middle of shooting and prepares to attend all the rituals back at his home in the village of Ballavpur. The chief minister soon makes arrangements for his stay and transport to reach there as early as possible.

Back at home, his younger brother Partho (Ritwick Chakraborty), a sincere theatre actor and a simple clerk, has already taken up all the responsibilities on his shoulder, as always. He is almost done with all the arrangements when his elder brother arrives.

However, Indrajit doesn’t arrive as the eldest son, who hardly had any participation in their family life, rather as the superstar, whose glimpse makes the village crowd grateful. Indrajit, too, is aware of his star image and all the responsibilities of a celebrity. Whenever he attempts to get into the shoes of the elder son, he invites unwanted complication in a home that is already mourning a death.

Their sister Illa (Sudipta Chakraborty) is mentally unstable with a pure heart filled with genuine affection and repressed anger. Whenever Indrajit tries to shower his affection on her, Partho’s strict responsibility towards her turns all his attempts merely frivolous.

Partho initially finds all his elder brother’s tactics for catering to the public demands superficial and laughs at them. However, gradually, the situation becomes more intense and Partho ends up on the verge of taking a decision between fulfilling the duties towards his deceased father and entertaining all the frivolities around him that reduces the funeral into a trivial matter. 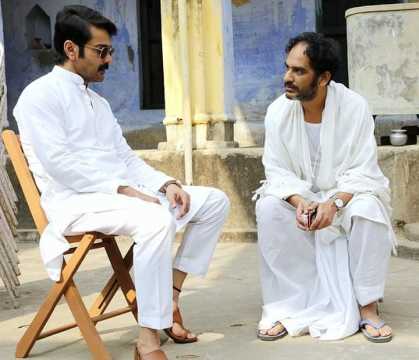 In the narrative, there are clashes of ideologies; the past intervenes with the present, making it problematic for a solution; unfulfilled desires and promises leave the characters wounded and responsibilities make the egoistic younger brother ready to forsake any romantic ideal just for the sake of leading a peaceful and simpler life.

There are also typical characters like that of Partho’s wife Rai, who meekly attempts to pacify the heated situation between the two brothers, but fails. Sudeshna (Gargee Roy Chowdhury), an old acquaintance of the Ganguly family, rather emerges as the most mature character, who hardly speaks her heart out, but always works on maintaining a balance amidst the rather tumultuous situation.

However, Indrajit’s character sometimes appears more shrewd than conflicting. His celebrity image weighs on him to such an extent that he is hardly seen mourning the death of his father, except in the climax. Whether it was Kaushik Ganguly’s intention or not, but Indrajit remains largely unaffected by the entire state of loss and grief and hardly delves into his position in the entire scenario until the climax. For the most part, he seems to be engaged in manipulating his star image according to the circumstances.

Also, the sequences of fans intervening into Indrajit’s life are deliberately portrayed to be insensitive. His personal assistant’s filming of his search for his sister appears a bit exaggerated.

Ritwick Chakraborty convincingly portrays the stubbornness of his earthy and grounded character that is weighed down by numerous responsibilities. He is strong, as well as fragile in the moments of saying harsh truths to his elder brother. He knows he is not correct in all his actions. Ritwick’s expressions and ability to relate with the character brings out the obligations and compulsions that surround it. 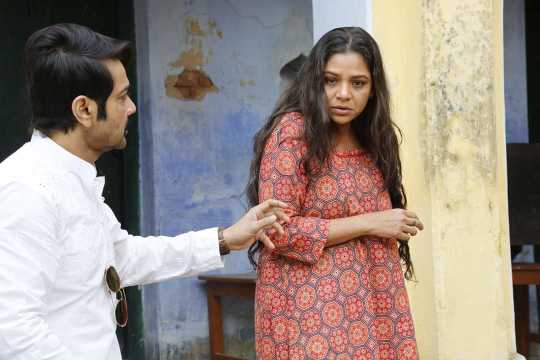 Prosenjit Chatterjee is mostly seen in his avatar of a star, with his usual mannerisms and charisma. At the same time, he manages to capture the breaking points when he knows that his star image is not convincing all, especially his younger brother and Sudeshna. He observes in those moments and tries to internalise them, but his external obligations don’t allow him to do so. It is amazing to see, how he fails to realise when the fine line between his personal and professional life blurs. However, the most important moment of Chatterjee has to be the one of the state of shock after the conversation in the climax sequence with Ritwick Chakraborty.

Sudipta Chakraborty’s narrative is subtly referred to in the film, but with her act, she invites the audience to delve deep into her mysterious mindset, immense urge for breaking free and at the same time, silently complying to various instructions given to her by either of her brothers.

Damini Benny Basu’s character of a dejected and attention-seeking cousin Parul adds to the complex image of Indrajit. Basu is quite natural and dramatic in bringing out the bold, insecure and desperate shades of her character.

Shrisha Roy’s cinematography and Subhajit Singha’s editing never allow Kaushik Ganguly’s writing to stand isolated or insignificant for a moment. The film is heavily dialogue based and Ganguly’s wise writing conveys each of the characters' perception of Indrajit and vice-versa without making much noise, getting to the point.

Prabuddha Banerjee’s work of the background score is quite exceptional in terms of the use of instrument and capturing the mood and it maintains a consistent temperament throughout the film.

Jyesthoputro is a well-made film with a few drawbacks. However, it is not easy to stage an entire story on the backdrop of a funeral, which Kaushik Ganguly has done maturely. The film is worth the watch for its engaging treatment and the layers of complexities it offers throughout the narrative. Each of the characters has their own shares, including the brilliantly acted loyal servant Makai, yet none of them rises above their limitations. Jyeshthoputro is not highly melodramatic or emotional, rather it pushes one to think more of the conditions of human beings at the hands of fate.

Love Aaj Kal Porshu does not fascinate the viewer with the twists in the plot. Instead, she remains...

Sraboner Dhara review: Sensitive storyline on the importance of love and empathy

The director duo, Sudeshna Roy and Abhijit Guha, have presented a beautiful blend of the two dealing...

The supposed sequel to Baishe Srabon (2011) ends up without an element of thrill and a twist that...