The second season, led by the excellent Shefali Shah, takes us once again on-ground as the Delhi police tackles another gruesome case.

Coming off an award-winning first season, Netflix’s Delhi Crime (Season 2) had many expectations. The returning series doesn’t try to match the emotional impact of the first season which was inspired by the real-life Nirbhaya case in 2012. It instead forges ahead with a new but just as compelling case.

This season's story is based on the chapter titled Moon Gazer from former commissioner of Delhi Police Neeraj Kumar’s book Khaki Files.

Set in 2013, Shefali Shah returns as DCP Vartika Chaturvedi who is tasked at solving a brutal killing spree that targets well-off senior citizens. Along with her team made up of Bhupendra (Rajesh Tailang), Neeti (Rasika Dugal), Jairaj (Anurag Arora), Subhash (Sidharth Bhardwaj) and Sudhir (Gopal Dutt), they assess and investigate the case that causes panic among the citizens and puts their reputation on the line. 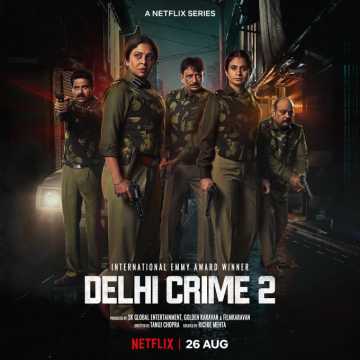 The method behind the murders suggest a similarity to the notorious Kaccha Baniyan gang of the 1990s, who used hammers, rods and oiled up themselves to escape easily. As she leads her loyal team, Vartika has to deal with media leaks, police incompetency, bureaucracy, and political pressure as she tries to bring justice to the deceased and their families.

Like the first season, Delhi Crime shows the hard-work and effort into the investigation that takes them to all corners and nooks of the city. Initially when suspects with prior criminal records from the denotified tribes (DNTs) are brought in, the series addresses the issues of police distrust and brutality on those accused before proven guilty.

But there is no doubt the series carries a sympathetic view of those in the police force, even humanizing them. It points out the growing crime rate, with inadequate facilities and resources, and looks at how overburdened the staff is, with little to no work-life balance. 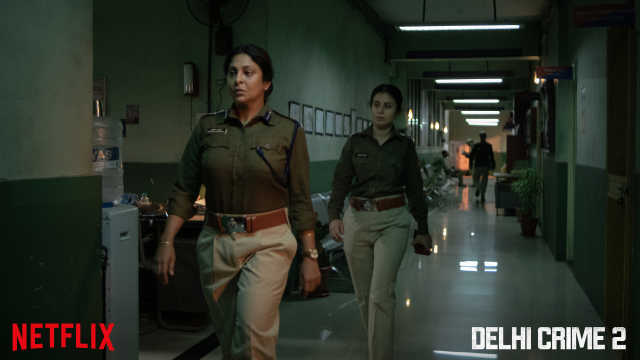 The series also focuses in on its female characters with Vartika and Neeti. Dugal’s Neeti is no longer a trainee and faces a harder time, managing her marriage with the demands of a strenuous job. We see less of Vartika’s home life this time around, but she is under constant strain to do the right thing and put to the public at ease and capture the serial killer gang.

Director Tanuj Chopra, with screenwriters Mayank Tewari, Shubhra Swarup, and Ensia Mirza, and dialogue writers Sanyuktha Chawla Shaikh and Virat Basoya, hones in on these wonderful conversations between the characters, in between the difficult and challenging task for finding the killers, as the team faces many dead ends.

The five-episodic series picks up the pace in the midway with the third episode that begins to shift the story in a new direction. The tone of the series, created by Richie Mehta, is measured and concentrated, not loosing sight of what’s ahead.

The ensemble cast, with Shah at the helm as ‘Madam Sir’, is in tandem, with no weak link in sight. Shah, who has had fantastic performances already this year with Jalsa (2022) and Darlings (2022), adds another feather to her cap with her empathetic and principled performance as Vartika. 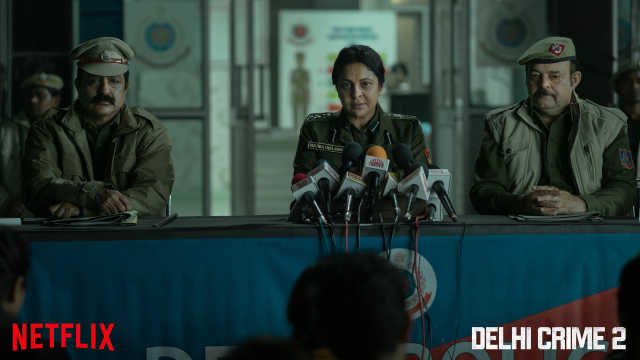 Tailang, Dugal, and Arora are also excellent as they step up this season. Adil Hussain and Denzil Smith as Vartika’s superior and husband respectively are also notable in smaller roles, and the new addition to the cast Tillotama Shome is both vulnerable and calculating in her standout role.

In addition to the outstanding cast, the high production values of Delhi Crime add to its gritty appeal. The foggy, dreary locales, devoid of most colour, sets the scene for the disparity between the classes that the series focuses in on this time. Though the story is set nearly a decade in the past, the chase for the accused does not lose speed, but the tense race is both nervy and satisfying.

With so many crime sagas and new series vying for your attention on OTTs [over-the-top platforms], it’s hard to keep up and know what to watch. But Delhi Crime (Season 2) is a measured procedural that is on top of its game. Don’t miss it.