Abhishek Bachchan plays a corrupt politician who learns the value of education in this overlong dramedy directed by Tushar Jalota.

A lot of what occurs in Dasvi is due to plot contrivances. The story requires an arrogant politician to spend time in jail and learn the error of his ways by educating himself, so a teacher requirement scam (of which we know little) is created to move chief minister Ganga Ram Chaudhary (Abhishek Bachchan) into the path of a tough superintendent.

Ironically, the former CM himself had honest police officer Jyoti Deswal (Yami Gautam Dhar) transferred, only to see her become his toughest critic and, later, biggest ally. Chaudhary installs his wife Bimla Devi (Nimrat Kaur) as CM of the fictional Harit Pradesh in his stead while he is gone. 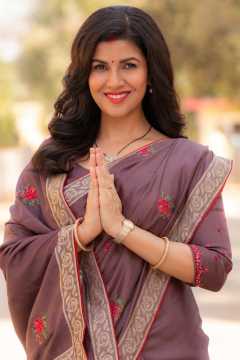 His meek, quiet wife undergoes a makeover and begins to enjoy the top seat a little too much. Meanwhile, the tussles between Chaudhary and Deswal reach a peak when she disses him as an illiterate bumpkin. Taking it as a stain on his honour, the prideful Chaudhary decides to appear for his ‘dasvi’ (tenth standard) and pass the board exam.

Based on a story by Ram Bajpai, the script by Ritesh Shah, Suresh Nair and Sandeep Leyzell shows viewers Chaudhary’s struggles in achieving said feat. However, a little over two hours later, Chaudhary’s redemption and his equations with those around him feel less than sincere.

Dasvi, directed by first-time filmmaker Tushar Jalota, begins by showing Chaudhary as a haughty bully used to getting his way. He pegs passing his 10th standard board exams with his political future; if he fails, he promises to step away from the coveted chair. 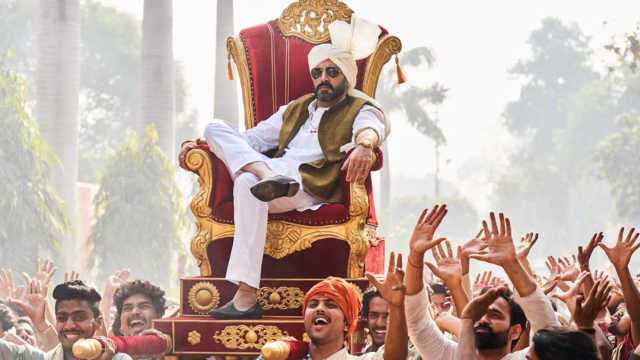 The storyline then creates several aids and obstacles, both humorous and serious, in Chaudhary's journey. His fellow jail inmates, like the librarian Rai Bareilly (Danish Husain), thief Ghanti (Arun Kushwaha), and engineer Imandar (Rohit Tiwari), help him study using political terms to ease things up. But there are others who would like to see him fail and conspire to throw him off course.

Surprisingly, Chaudhary is better versed in English than Hindi, and, confusingly, has a learning disability too. While studying history, Ganga Ram imagines himself alongside national figures like Lala Lajpat Rai, Mahatma Gandhi, Chandrashekhar Azad and Subhas Chandra Bose, as he learns the meaning of the freedom struggle.

As the film moves to its second half, Bimla and Jyoti’s motives, too, undergo a change of heart. And while we see Bimla’s quest for power, there is no political progress in her term. The strict superintendent becomes Chaudhary’s mentor as he becomes consumed with passing the exam. 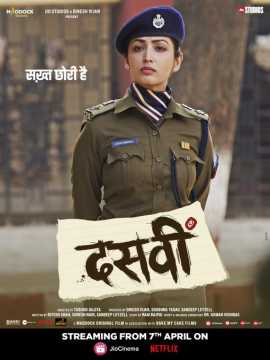 The dramedy, on paper, sounds appealing, but its execution is way too muddled. There are too many prison montages and side-plots along the way, including characters like opposing politician Sandeep (Sachin Shroff) who get only two or three lines to speak, only to become significant later.

Bachchan eerily reminds us of his father, veteran actor Amitabh, especially in the dance sequences. He tries hard to connect with his rustic character, a departure for him. And while there are moments of empathy with his character, the film drags it out too much. His lesson in humility is too neat a solution. The development of two female characters, Jyoti and Bimla, feels incomplete as a result, leaving the viewer feeling short-changed.

Both Nimrat Kaur and Yami Gautam fit their characters, which sadly seem to exist in connection with Chaudhary. The husband-wife connection feels awkward and on an uneven keel. Later, Chaudhary seems to respect only Deswal after seeing her efforts with him.

The film’s message, of education opening eyes and doors for every citizen, is meaningful, but it only becomes momentous, and that too conveniently, in the last half hour. In the final five minutes, the story is rushed along and things are nicely wrapped up. This feature required a tighter script to be believable.

Dasvi is now streaming on Jio Cinema and Netflix.