The actresses play a mother-and-daughter duo who set out to teach an abusive husband, played by Vijay Varma, a lesson in this fine debut by Jasmeet K Reen.

Darlings (2022), Alia Bhatt’s debut as a producer, is the story of Badru (Bhatt), Hamza (Vijay Varma) and their relationship which spirals as the film progresses. Written by Parveez Shaikh and first-time filmmaker Jasmeet K Reen, the dark comedy explores how the constantly abused wife Badru finds the strength to act against her husband, with a little help from her mother Shamshu (Shefali Shah).

Practically everyone in the small chawl, going for redevelopment, where Hamza and Badru reside, know that the ticket collector beats his wife after his daily drink. However, with the exception of Badru’s mother, no one really bothers to help. 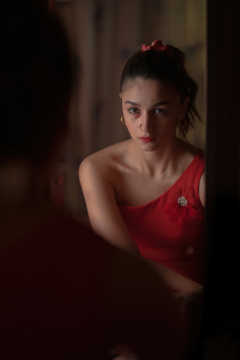 Badru has simple goals for their life together – a well-off home and a baby. She tries to curb Hamza’s drinking, but it just spurns him further to violence. When Zulfi (Roshan Mathew), who aims to be a partner in Shamshu’s home tiffin service, files a police complaint of domestic violence against Hamza, it sets across domino of events that leads to Badru’s eventual awakening.

At 134 minutes, Reen’s debut feature has several tonal shifts. The first half is more dramatic as Badru acquiesces each time Hamza says he will change. He knows exactly what buttons to push with naive Badru and promises her what she wants the most, a child. The second half veers into a dark comedy zone. 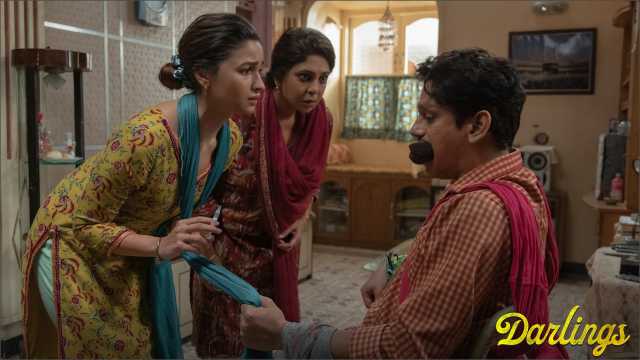 Varma as the jealous, manipulative husband is excellent. His Jekyll and Hyde behaviour with Badru is pitch perfect. Zulfi as the ever-helpful sidekick lurking to help out the mother-daughter duo is also good. But Darlings belongs to Bhatt’s Badru and Shah’s Shamshu, who have had terrible luck in marriage; Shamshu’s husband left her alone with a baby.

Together, they ponder what to do with the problem that is Hamza and hilariously falter and improvise when they are questioned in front of the suspicious Inspector Rajaram Tawde (Vijay Maurya) and his right hand man Jadhav (Santosh Juvekar).

Maurya has also collaborated with Shaikh and Reen on the witty, sharp dialogues. Badru adorably adds an ‘s’ on most English words, and Hamza’s term of endearment for his wife is ‘darlings’. The best dialogues are saved for the exchanges between Badru and Shamshu as they plot and scheme. 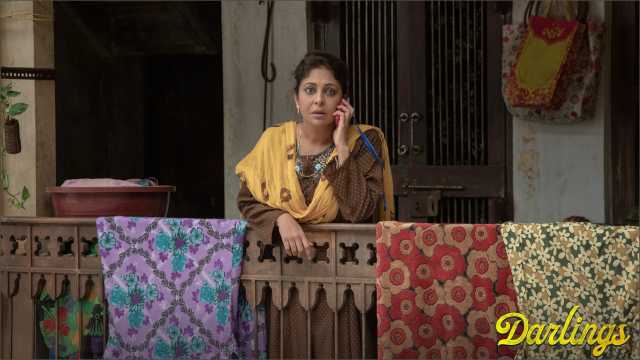 The running analogy of the fable between the frog and the scorpion against Badru’s current dilemma is apt and has a fitting conclusion. Bhatt and Shah are delightful in their scenes together, especially their line deliveries, and they nail the more dramatic portions of the script, when they are at their rawest emotions.

In recent times, most Hindi films falter in their final act, so it was satisfying to see this one stick the landing. While the feature is lengthy and drags a bit in the middle, Reen has a fine handle at the material and manages to finish Darlings with a karmic ending. Don’t miss it.

Darlings is now streaming on Netflix.