Dabanng 3 review: This latest instalment is loud, exhausting and unoriginal

The third film in the series, directed by Prabhu Deva, tries to explain every quirky detail that made the first film an irreverent and surprise hit.

This is why we can’t have nice things. Back in 2010, Salman Khan debuted one of his most colourful on-screen characters, Chulbul Pandey, in Abhinav Kashyap’s Dabangg (2010). Chulbul was a loveable rogue who bent the law at whim and turned repentant when shit got real. It was a formula that worked and was repeated even last year with Rohit Shetty’s Simmba (2018) starring Ranveer Singh.

The success of Dabangg has led to two more films in this series. Maybe the sequel was warranted, but this latest instalment is just exhausting and unoriginal. Now helmed by Prabhu Deva (Khan’s brother Arbaaz directed the second film), the action drama simply checks things off a template that made the first two films a success. Introductory fight scene, check. 'Item' song, check. New baddie to fight, check and check. 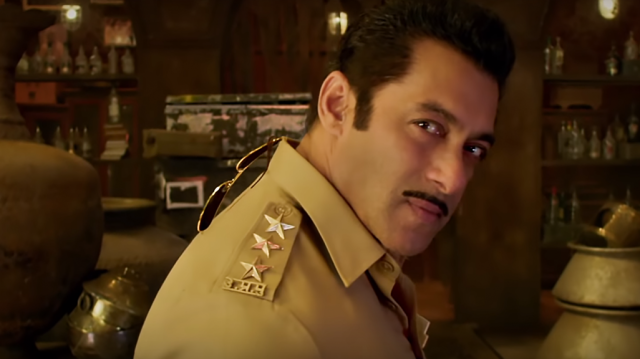 The only new thing the film offers is the origin story of Chulbul Pandey, explaining how he joined the police force after the brutal murder of his first love, the innocent Khushi (Saiee Manjrekar). All the things that made the character great in the original have been explained to death, including the origins of some funny lines from the first film to how Chulbul actually got his name.

Frankly, it’s a bit underwhelming. Like the first two films, Pandey is given a mean villain to defeat, and this time, it’s more personal. Kichcha Sudeepa’s Bali Singh is responsible for the death of Khushi and Pandey has to avenge her death and foil Bali's dastardly ambitions. He does both over 162 long minutes. 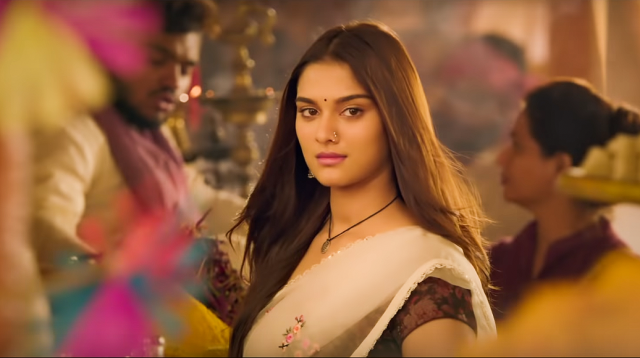 The music numbers (some pleasant, others not) break up any momentum the story has going for it. The action scenes, which gloriously favour Salman Khan, often feel cartoonish. The final bare-chested battle between Bali and Chulbul is a predictably fiery fight that features lots of computer-generated dust and flames. In a year that has seen tremendous action sequences from War (2019) and Commando 3 (2019), these just seem lacking in finesse and style.

Khan saunters and lumbers through his scenes. Once in a while, his character spouts a social message or two for the camera, before continuing on his quest. The character is an old hat for him, and he wears it like one. 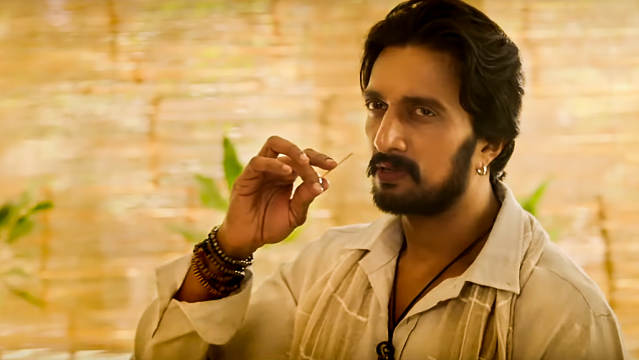 South star Kichcha Sudeepa tries to bring menace to his role, but there is little he can do with a villain written so badly. Sonakshi Sinha, once again, has little to do as Rajjo Pandey. In the flashback scenes, a past connection between the husband and wife is conveniently introduced.

Saiee Manjrekar, acting alongside parents Mahesh and Medha, looks pretty and feels a bit rigid opposite Salman Khan. The age gap between the two is glaringly evident and awkward. When can we retire this sexist trope in Hindi cinema?

But the biggest problem with the film is that everything feels recycled, thanks to the screenplay by Salman Khan, Prabhu Deva and Aloke Upadhyaya. The editing in the action sequences is extremely choppy, the drama is hammered home repeatedly and the comedy is loud and crass. By the end of those very long 162 minutes, you end up feeling spent and taken for a ride.

Ayananka Bose's cinematography is the only saving grace of this insipid Prabhu Deva film....

Anshuman Jha and Zareen Khan do a decent job portraying queer individuals looking for love and but a...

Suvinder Vicky is quietly effective as a lonely truck driver dealing with several crises at once in...