Directed by Ranjit M Tewari, the tepid drama features Akshay Kumar as a police officer chasing down a killer who targets schoolgirls.

Imagine a true-crime enthusiast getting to a chance to use their knowledge and investigate on an ongoing murder case. Ranjit M Tewari’s Cuttputlli (2022) tests that theory over two hours and 14 minutes, where Akshay Kumar’s Arjan Sethi aims to nab a serial killer, while separating his emotions from the case at hand.

Akshay Kumar begins the film in Chandigarh wanting to make a feature film about a serial killer. But once his grand plan is rejected by producers, the 36-year-old (yes, really!) decides to appease his sister Seema (Hrishitaa Bhatta) by becoming a police officer just like their late father.

Neatly, Arjan is stationed alongside his supportive brother-in-law Narender Singh (Chandrachur Singh) who advises him to keep his head down and go with the flow. However, when it becomes evident that there is a serial killer in Kasauli targeting young schoolgirls, Arjan can’t keep quiet.

He quickly figures out a pattern – the girls are killed two days after they are abducted and the murderer leaves behind a mutilated, severed doll’s head as a gift. The mangled bodies of the young girls are left to be discovered in public spaces. 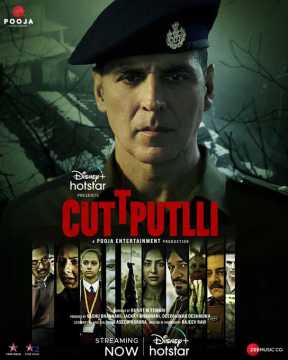 Using his years of expertise, and his degree in criminal psychology, Arjan leads a more experienced team as they attempt to figure out a suspect list and get on the trail. Interwoven into the investigation is his own burgeoning romance with Divya (Rakul Preet Singh), a teacher at his niece Payal’s (Renaye Tejani) school.

A remake of the Tamil thriller Ratsasan (2018), Cuttputtli is relocated in the picturesque towns of Himachal Pradesh. But suspiciously, the interiors (and few exteriors) look foreign. But the location allows the killer to be hidden in plain sight as the frazzled police force investigates.

The screenplay by Aseem Arrora is rushed in places, especially the climax, where the killer reveal (pun intended) is hurried along with their backstory and motivation. The dialogues are fairly predictable, as the characters state the obvious rather get to the task at hand.

The puzzle of who is the killer and why they are motivated is the least important part of the story, when it should be the focus. Arjan seems to be the only one galvanized on the force to be after the murderer, the rest of the team including his superior played Sargun Mehta, all follows his lead. 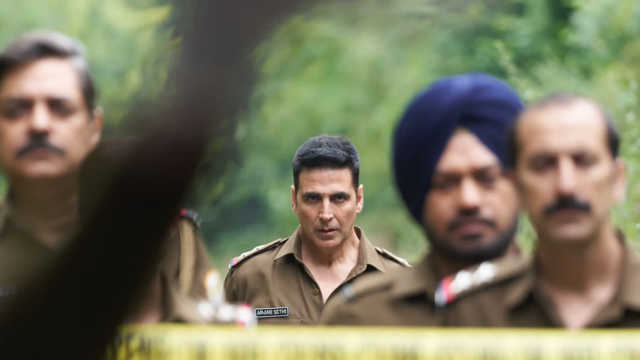 Cuttputlli also follows pretty standard tropes for a mystery of this sort – there’s the falsely accused suspect, a moment where the team thinks the case has been solved, and of course, the moment when it actually gets personal for the lead protagonist Arjan.

Compared to his last release Raksha Bandhan (2022), Akshay is more measured and restrained as Arjan in the film. However, the story doesn’t support his character’s eagerness over the case and the rest of cast has little to do but weave in and out of his quest, leaving the spotlight to the actor once again.

The template for Cuttputlli was already in place, but it seems the thrill and suspense got lost somewhere in translation.