Directed by Nitin Kamble, the film attempts to depict what happens when a person puts their career before their lover.

What happens when a relationship is no longer a priority for one partner? Does it mean that the person has no regard for their lover? Is even it possible to stay in a relationship while trying to climb the ladder of success in one's chosen field? Nitin Kamble's romantic drama Coffee attempts to answer these questions.

Renu aka Renuka Rajwade (Spruha Joshi) is an interior designer who bags a contract to spruce up a hotel in Goa. After spending more than a month in the state, she returns home but her husband, an ad filmmaker named Ranjit Rajwade (Kashyap Parulekar), notices that something is off. Renu then starts narrating the events that transpired in his absence and we slowly find out how this change in her behaviour came to be.

As it turns out, as she was going about her work, she came to form a friendship with the hotel's owner's son Rohit Sarpotdar (Siddharth Chandekar). The happy-go-lucky and friendly young man is the polar opposite of her husband and their camaraderie slowly causes Renu's former uninhibited, poetry-loving self to emerge. Soon, they start developing feelings for each other. In between Renu's narration, the dumbfounded husband tries to uncover the source of the rift in their relationship and what made his wife fall for another man in the span of just one month.

When presenting a complex conflict, it's imperative that both sides receive an opportunity to present their views, but Coffee is completely one-sided. There were many opportunities to include both perspectives but screenwriter Machindra Bugade didn't equip Ranjit with logical or valid points to counter his wife's utterances about their relationship and whenever he offers rebuttals, he spouts ludicrous claptrap, which undermines his cause. It's frustrating because the film tries to make the case that both husband and wife are right in a way, but we don't actually see this. 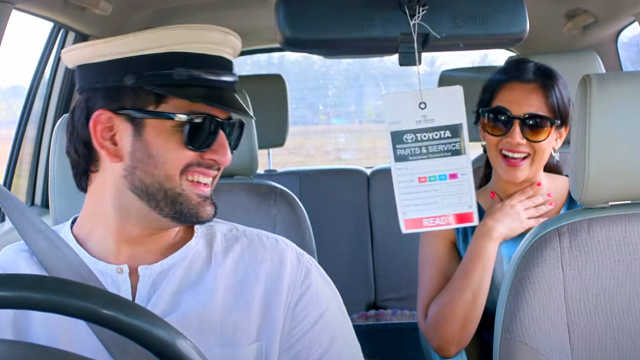 Renu and Rohit's romance blossoms as they explore various tourist spots. But these scenes are mostly depicted within song montages so we never actually experience the evolution of their relationship from casual friends to lovers. Both Joshi and Chandekar are decent. They appear natural when bantering casually, but when it comes to serious scenes, they lack impact. And the blame falls on the writer and director. The way some of their interactions are staged and shot are cringeworthy. Parulekar's husband character comes across more as an idea than an actual person. But the actor still does a decent job displaying the frustration of a man who is slowly learning how he has neglected his wife in the pursuit of his dreams.

The film's forgettable visuals are also too simplistic to leave an impact. Just because the film is a relationship drama that mostly relies on conversations between characters, it doesn't mean that no experimentation should be done to make the visuals more interesting. The same goes for all the other technical departments. We are told that Renu had done an excellent job decorating the hotel but some of her designs were fairly generic.

The film tries to distance itself from the usual cliches of the genre and subvert the viewer's expectations. And frankly, it does succeed to some extent. As one starts watching the film, one begins to wonder whether it will go the way of Hum Dil De Chuke Sanam (1999) or adopt the more modern and realistic approach of Manmarziyaan (2018).

Coffee is a film that squanders the opportunity to present complex relationship issues in a realistic manner and it would have worked had the writer given equal importance to all three characters.