Kacchey Limbu is a story I have lived with for a long time, says filmmaker Shubham Yogi


The writer-director’s debut feature, revolving around two siblings, is being premiered at Toronto International Film Festival on 12 September.

Ahead of the Hindi film’s world premiere as a Gala Presentation at the 47th Toronto International Film Festival, we spoke to the filmmaker over email about Kacchey Limbu’s journey, his experiences on set, and his learnings from director Anurag Basu with whom he worked as an assistant director.

Congratulations on Kacchey Limbu's world premiere at the Toronto International Film Festival! How does it feel to have your debut film premiere at a prestigious festival like Toronto?

[It’s] surreal, to be honest. I've made the film with all my heart and I can say that for everyone, from the cast to my collaborators in my producers at Mango People Media and Jio Studios, to the entire film’s team. It's a moment of excitement, happiness and pride for all of us to have our film being represented at such a prestigious platform.

How did you come to write and direct this coming-of-age story about two siblings? Is it inspired by any real-life experiences?

In a way, yes. I'd say when anyone watches it, they will see a part of their life in the film. It's a story I have lived with for a long time and when I found my producers in Jyoti Deshpande, Pranjal Khandhdiya and Neha Anand, and realised the excitement that they too shared for the film, it felt right to make it.

Honestly, [it] has been the easiest. We knew exactly who felt right, what we were looking for, [with] the same enthusiasm we shared for telling this story. I remember Radhika on hearing it instantly said yes, as did Ayush [Mehra] and Rajat. I couldn't have asked for a better cast. Their love for the film and commitment to telling this story has been remarkable.

Was it difficult to produce the film? How long did it take to get it made?

Maybe I am lucky, I don't want to jinx it. Everything fell into place almost instantly. I had the story and when I shared with with Neha and Pranjal they were excited too. They took it to Jio Studios who were equally excited. Same with the cast. I kept hearing making your first film is a challenge, [but] I feel blessed in every way. 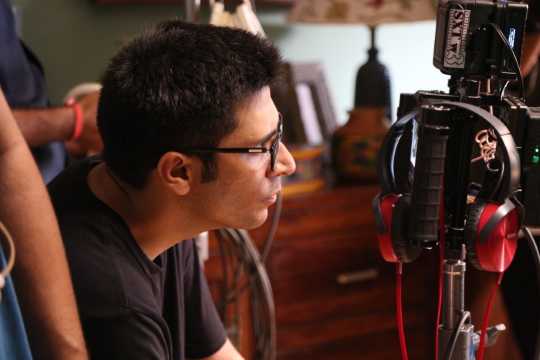 How was the filming process like on set? Were there any difficulties along the way?

I wish I could say yes. But in reality, there were none. It was everything and more that I wanted. The only challenge if at all, there was any, was that we all, in the process of the film aced playing cricket.

You changed careers from law to filmmaking. Did you set any goals for yourself when you started out?

I have always loved telling stories and even when I made the switch, as one would call it, it was with utmost conviction. The only goal I have is to be able to tell stories that I want to tell and those that need to be told.

Having learnt filmmaking on the job, what part of the process surprised you the most when you were on set?

(laughs) The command the director has on set and the respect she or he gets. I've been on the other side, so to don the director's hat on my debut feature was a whole lot of fun.

You have previously assisted Anurag Basu on Barfi! (2012) and Jagga Jasoos (2017). What tips did you pick from him when you were first starting out? 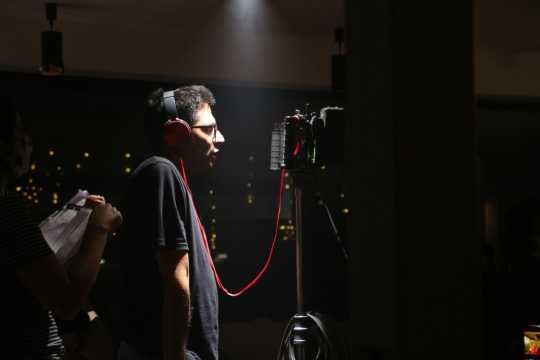 What advice would you give those wanting to have a career in film like yourself?

I would say be truthful and honest to yourself. Believe in your voice. All of us have a unique voice and if you hone that, we will all get our time under the sun. Just keep honing your voice and keep working on yourself.

What are your future plans with Kacchey Limbu and its release?

Currently the plan is to enjoy every bit of TIFF and see how the audience reacts to our film. Taking it one step at a time has always worked for me. To know [that] Jio Studios is one of our producers and is [also] releasing the film itself is a huge plus. Good things come to those who wait and that is something I truly believe in.