On the actress’s 108th birth anniversary today (8 September), here’s a look at her early social films which were highly successful.

For a whole generation of Hindi cinema fans, Leela Chitnis was eternally the ailing mother, especially in films like Shaheed (1948), Awara (1951) and Guide (1965). But before she attained the filmi title of ‘maa’ in the movies, she was a leading actress and star in her own right.

She was the first Indian actress to endorse the popular soap brand Lux in 1941 to home audiences. As one turned the pages of the film magazines at that time, Chitnis could be found often on them, smiling serenely about 'her beauty secret'. 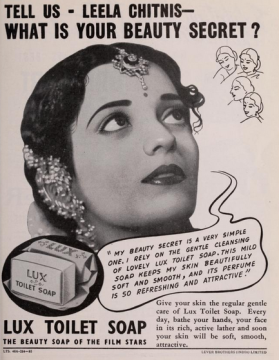 Chitnis arrived on the Hindi cinema scene from the Marathi stage. The amateur theatre group staged Andhalgachi Shala (School for the Blind) which was the first Marathi drama to cast women. Acting in films then was a natural progression. Her first film was Dhuwadhaar (1935) where she was part of an ensemble cast.

Dhuwadhaar was not successful, however, Chitnis was noticed. She worked in a number of films and the film’s advertisement for Gentleman Daku (1937) presented the actress and her education background, stating ‘Featuring – Leela Chitnis, B.A., the first Society Lady Graduate on the screen from Maharashtra’. She donned a disguise as a man in the film. During this time, young women from respectable families did not join the film industry. 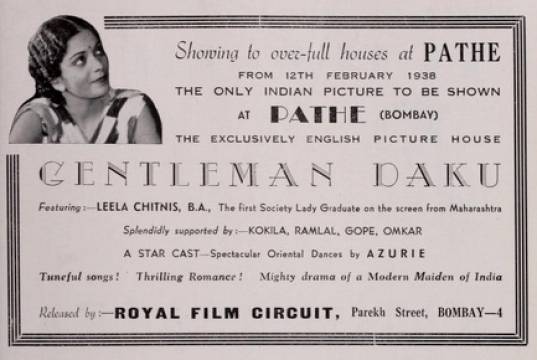 Remarkably, by the time she became a star, she was already married (young at age 16), divorced and had four children. A trio of film success, all of them with co-star Ashok Kumar, made her famous and her acting talent was noted. Kangan (1939), Bandhan (1940) and Jhoola (1941) were social dramas reflective of the time period they were made in.

The three films were produced by the film studio, Bombay Talkies. Prior to this, she had worked with Bhalji Pendharkar on Raja Gopichand (1938) and Sohrab Modi on Jailor (1938), making her one of the few talents to have worked with all the three top studios of the time — Bombay Talkies, Prabhat Films Studios and Modi’s Minerva Movietone. 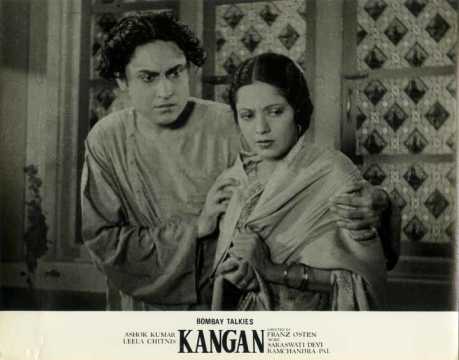 Kangan (1939), directed by Franz Osten, was actually written in mind for Bombay Talkies co-founder, Devika Rani. Ashok Kumar plays the wealthy son of a landlord (zamindar) who falls for the poorer village belle, played by Chitnis. Eventually, when they fall in love, Kamal (Ashok Kumar) goes away to the city to become a playwright, but Radha (Chitnis) is left behind to be tormented by Kamal’s father. Radha decides to end her life when she reaches the city and thinks Kamal loves another, but Kamal, thankfully, comes to save her and declares his love. 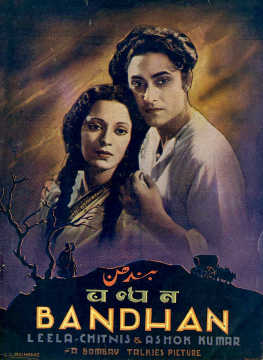 On the poster for Bandhan (1940), Chitnis’s name was billed before Ashok Kumar’s. Here, the situation was reversed. Chitnis was now the daughter of a rich landlord, Beena, and Ashok Kumar of a poor school master as Nirmal. Beena’s father levels a false charge of murder against Nirmal to separate the two. The film, directed by NR Acharya, is also remembered for the hit song ‘Chal Chal Re Naujawaan’ sung by its lead stars and composed by Saraswati Devi. Chitnis’s simple look in the film — plain saris with double plaited hair — also made a fashion statement. 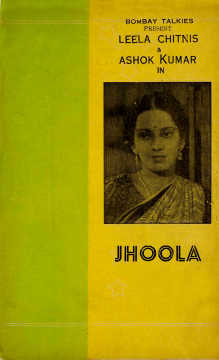 Jhoola (1941) was director Gyan Mukherjee’s directorial debut. He and Ashok Kumar would go on to make the blockbuster Kismet (1943) for Bombay Talkies as well. In this film, Ashok Kumar and Leela Chitnis play Ramesh and Geeta, respectively; their first meeting is when Geeta is seated on a jhoola (swing). Here there are no class barriers separating the couple, although there is a slight problem with Ramesh’s inheritance. However, his brother Mahesh also falls in love Geeta further complicating the matter.

A freelancer, she worked for many studios and later, Chitnis also tried to venture into film production with Kisise Na Kehna (1942) and directed a feature Aaj Ki Baat (1955) which starred her sons, Ajit and Uday.

But when she was cast as the mother in Shaheed (1948) and Bimal Roy’s Maa (1952), it irrevocably changed the course of her career. She played the part of the stereotypical supportive old mother so well, that she was typecast in it.

She continued acting until the 1980s and her last film was Dil Tujhko Diya (1987). Chitnis shifted to Danbury, Connecticut to be with her family and she passed away at age 93 on 14 July 2003 in a hospital after an illness.