The film, directed by first-timer Trushant Ingle, has a lot of potential given the subject but ends up scratching the surface.

In the Vidarbha region of Maharashtra, during the four months from Diwali to Holi when farmers retire from work and seek entertainment, zhaadi-patti theatre springs up overnight with daily performances till the arrival of spring. This zhaadi-patti theatre, also known as Zollywood, is said to rake in as much as Rs400 crore annually.

This film, also titled Zollywood, gives us a peek through the curtains at the people involved in this business and their daily lives in these four winter months.

The very first thing that draws your attention is the film's unique subject. First-time director Trushant Ingle has succeeded in capturing the milieu of Vidarbha and its theatre scene. We have never seen this side of Vidarbha on any media platform. The film also doesn’t forget to mention this fact, and rightfully so.

The main plot revolves around playwright and production company owner Deepak (Ajit Khobragade) and his theatre group, but we also spend enough time with other theatre groups run by Kajal Rangari and Anil Uttalwar to get a better understanding of the entire zhaadi-patti theatre scene. 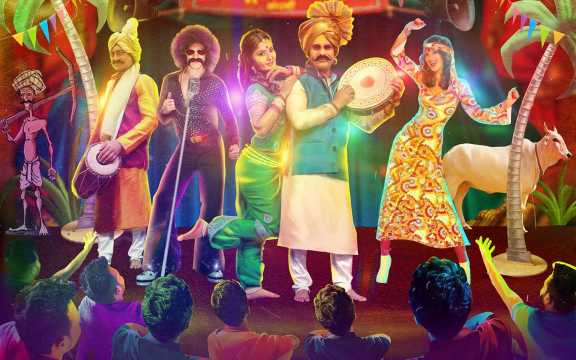 The keen follower of Marathi cinema also won’t fail to notice the uncanny similarity with Natrang (2010). A passionate artist, rivalry between different theatre groups, money-hungry theatre owners, involvement of local politicians, such elements do remind you of that film. Thankfully, the cinematic language of the two films is poles apart. Natrang was a very personal story of an artist and his devotion towards Tamasha, a local art form popular mostly in Western Maharashtra, whereas in Zollywood the director tries to presents an objective view of zhaadi-patti theatre and its business.

The film is spearheaded by Ajit Khobragade and Dinkar Gavand, who plays the veteran theatre actor Narayanrao, with a supporting cast consisting of Asawari Naydu, Kajal Rangiri, Ashwini Ladekar and Anil Uttalkar. All the artistes have done justice to their roles. Many of the artistes are actually performers in zhaadi-patti theatre and so their acts look very natural. 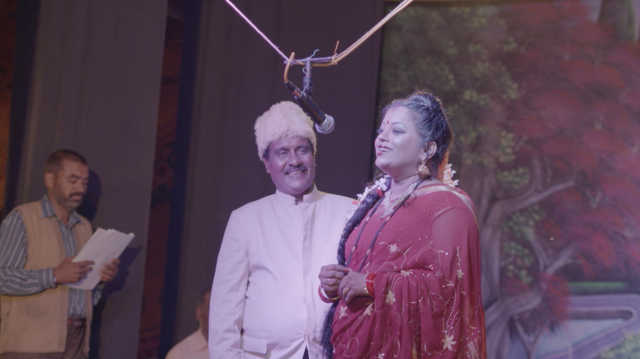 Zollywood also has its fare share of flaws, the biggest being the director's overindulgence while showing the live theatre performances. Almost a third of the film’s length is dedicated to showing live performances. It was a big gamble that, unfortunately, hasn't paid off. The intentionally over-the-top and absurd performances do make you chuckle once in a while, but it soon starts to feel repetitive and get boring. The director in his brief introduction had mentioned that he was once a child artiste in zhaadi-patti theatre; that, perhaps, explains this overindulgence.

As the subject is a novel one, the filmmaker had a great chance to explore various aspects of this tradition and its impact on society. Unfortunately, the film mostly focuses only on the business side of zhaadi-patti. Late and meagre payment, exploitation of new artistes, hectic schedule, not getting enough time for family, all these struggles of the artistes are mentioned briefly. If the director had focused more on these aspects instead of showing lengthy over-the-top performances, the film would have made a longlasting impact on the audience.

Zollywood had a lot of potential given the subject matter but ends up merely scratching the surface.

Zollywood was screened at the 10th Jagran Film Festival in Mumbai on 26 September.