Zindagi Virat is a comic tale of a son who rediscovers his father after the latter’s death.

Marathi cinema may just have stumbled upon a new find and that is Sumit Sanghamitra. The director, story/dialogue/screenplay writer and one of the principal actors in comedy-drama Zindagi Virat displays all-round talent. He brings to the table an enjoyable film, complete with an earnest story treated with love and care.

Protagonist Santya (Om Bhutkar) has just lost his father Dattaba (Kishore Kadam), an alcoholic who was estranged from the son. The villagers of Khasgaon make sure Santya’s best friend, Asif aka Asfya (Sanghamitra), a lazy, good-for-nothing liar is woken up to the sad news. As Asfya consoles Santya, they both get drunk themselves. All is okay, until Santya is haunted by Dattaba, whose last wish has remained unfulfilled. 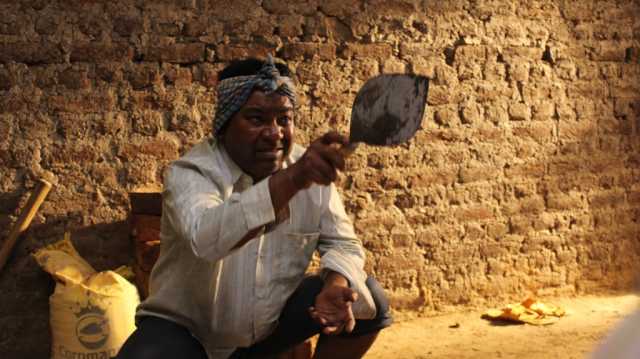 And what might that be? In a dream, Dattaba reveals to son Santya how happy he was once to witness the birthday party of his boss and thought that someday he would have his own ‘happy birthday’ celebration.

While Dattaba’s request seems oddly endearing, Santya is confused as there seems to be no record of his father’s date of birth. Having no relatives adds to his woes. When Santya approaches the district office, he is told his father was never born! And to acquire proof that he was, he is asked to cough up an obscene amount of money.

Santya and Asfya set out on a journey to find Dattaba’s birthday, with the help of visions and logic. Their search takes them to the neighbouring state of Karnataka, where a beedi-smoking, temperamental aunty, Gaurakka (Usha Naik), helps them piece the puzzle together. 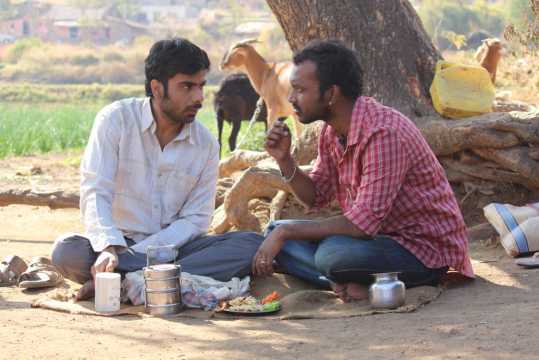 Throughout their journey, smarty-pants Asfya gives a steady dose of humour with his web of lies and unconditional commitment to Santya’s cause. His dialogue delivery and expressions are perfect in every scene, and he is well-supported by Santya.

Om Bhutkar reminds one of Rajkummar Rao, with an understated and measured performance as the simpleton Santya. He lives the character’s innocence, pain and eventual redemption. It’s a delight watching Bhutkar and Sanghamitra’s chemistry, comic timing, and camaraderie. They are both having fun on the screen, and it shows.

Even underdeveloped characters make a mark. Naik as Gaurakka is hilarious and you wish she had a longer part. It’s not difficult to guess what happens eventually, but Sanghamitra has a way of keeping things interesting. Vijay Narayan Gavande’s fairly cheerful background score enhances the visual impact of scenes.

Sanghamitra knows what he wants and extracts performances accordingly. He makes a confident and successful debut as a director and a memorable one as an actor. 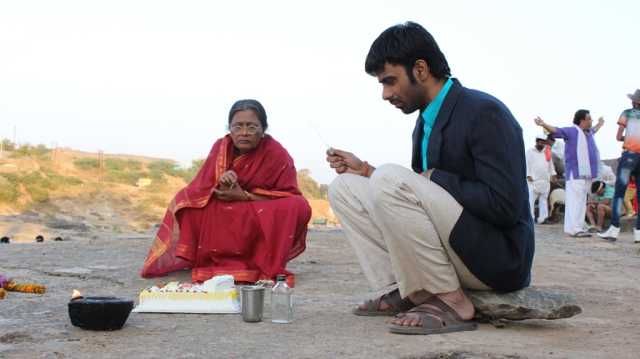 As Santya looks for his father’s date of birth, he relives the life they had before they became estranged. This is, in essence, a sensitive film on relationships and regrets. It is also a comment on the need for education and the futility of material happiness, as village folk can barely sign their names or know their birthdays.

Among the few problems with Zindagi Virat, the biggest is its length. While at no point does the film get boring, it could have easily done with 30 minutes less in its 141-minute runtime. Sanghamitra also introduces some characters that add no value to the screenplay. Some of the villagers seem completely unnecessary to the main plot but are used ornamentally for humour.

Zindagi Virat is a comic tale of a son who rediscovers his father after the latter’s death. Director Sanghamitra keeps it entertaining till the end with a pure display of acting talent. He treads a difficult path but never goes over-the-top with his comedy. Watch Zindagi Virat simply for the delightful performances.