The documentary follows Srishti Bakshi who takes it upon herself to help educate, guide and support the women of India by walking from Kanyakumari to Kashmir.

The statistics and stories of violent incidents against Indian women in the documentary WOMB (Women Of My Billion) are appalling, frightening and downright depressing. And yet, there is something empowering about the documentary, directed by Ajitesh Sharma, that looks at one woman’s mission to make a difference.

Srishti Bakshi, who lived and worked in Hong Kong, was compelled to return to India after reading about the numerous rapes and cases of violence against women in India. Feeling as if she couldn’t stand by idly, she decided to walk from south to north India to take a stand.

Bakshi takes it upon herself to help educate, guide and support the women of India by walking from Kanyakumari to Kashmir, in around 240 days, for 3,800 km, with key pit stops along the way. Starting out in Tamil Nadu, she walks around 30 km a day and devotes the rest of the day to informing and helping local women by hosting workshops and talks.

These events, which feature women of all ages, from schoolgirls to matrons, is a safe, informal space to talk about how women are affected in a patriarchal society. Discussing financial security, job opportunities and gender disparity, Bakshi aims to enlighten them by showing them how many opportunities are available for them. 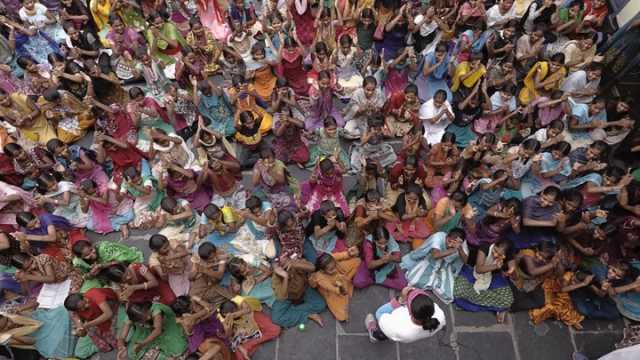 Intercut into the documentary are several bytes of men who impart their stereotypical views of how women should ‘behave’. Bakshi neatly disarms a young schoolboy who thinks girls should adhere to a dress code.

More impactful are three stories of some resilient women which the documentary returns to in between Bakshi’s walking tour. Dr Sangeeta speaks about the social stigma of being a young widow and being remarried later without her consent, while acid attack survivor Pragya shares her painful journey to retain normalcy in her life.

Neha details the numerous, horrifying instances where she was subjected to mental and physical harassment and marital rape in her arranged marriage. Hearing these heart-rending accounts, sometimes in a matter-of-fact manner, shows the audience what Bakshi is fighting for.

In the journey, Bakshi also comes across underprivileged women who are suffering. One of them is beaten by her husband every day, while another is a widow with four daughters the youngest of whom was set on fire after being gang-raped.

Speaking to the latter, she realizes that dowry is one of the biggest problems in our country, making girls a liability to their families. Some days, it takes a toll on Bakshi, both on the body and the mind. But she soldiers on undeterred. 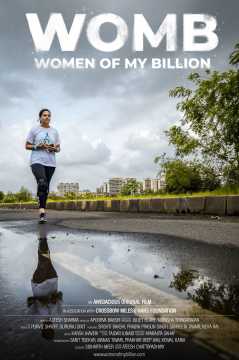 One emotional and moving moment in the documentary comes from a workshop where Bakshi asks the gathered women to visualize and talk back to their eleven-year-old self. It brings epiphanies to some, tears to others.

As her journey winds down, Bakshi emphasizes what she has learnt on the walking tour. “It is the violence of the minority, and the silence of the majority that perpetuates violence,” she states. Yet she is hopeful. “My India is not beyond repair,” she says in a voiceover. The majority has to stand together united in order to bring about change.

The team behind WOMB (Women Of My Billion) has created an inspiring, heartfelt documentary that answers the question, can one person really make a difference? In this fragmented world, if we make an effort to connect with one another, it can be of value.

WOMB (Women Of My Billion) was screened virtually as a Gala Premiere from 5 to 7 March at the Jio MAMI 22nd Mumbai Film Festival.

The Netflix show, created by Rahul Nair, is a breezy but inconsequential look into the travails of a...

Cinestaan Curates: Bloom captures the headiness of falling in love during the lockdown

Richard Anthony’s directorial debut is a charming film that captures the coming together of...