Wedding Cha Shinema review: This wedding party is a blast and you are invited

Rucha Inamdar is effervescent and her screen presence is assuring while Shivraj Waichal, Sankarshan Karhade and Pravin Tarde master the dialect and become the centrepoint for some uproarious moments.

Prakash and Pari are getting a portrait made. The artist tells them to sit still, but the couple is in the midst of an argument. Hilariously written, enacted and shot, the scene is not just a lovers' tiff but an important issue that demands attention, conversation and, possibly, resolution.

Their expressions are being captured by Urvi's camera. Urvi (Mukta Barve) is an aspiring and ambitious filmmaker entrusted with the task of capturing the pre-wedding moments of the couple. Urvi speaks less through words and more through her expressions caught as the camera lingers in her face long after a conversation has ended.

Caught between ambition and the customary "settling down", Urvi's character is easily relatable. She finds the lovey-dovey ways of people around her and general happy endings nauseating. But that's just Urvi and we like her.

Pari (Rucha Inamdar) is interning at a hospital in Saswad, where a chance meeting with Prakash (Shivraj Waichal) at his mobile phone shop sparks an awkward but quick romance. As the love-struck Prakash gathers the village folk to make Dr Pari's blood donation drive a success, they fall in love. In no time they are ready to marry and Pari insists on shooting an elaborate and unique pre-wedding film. That her "unique" is exactly what all other wedding videos are about is not lost on Urvi. But the job must be done. 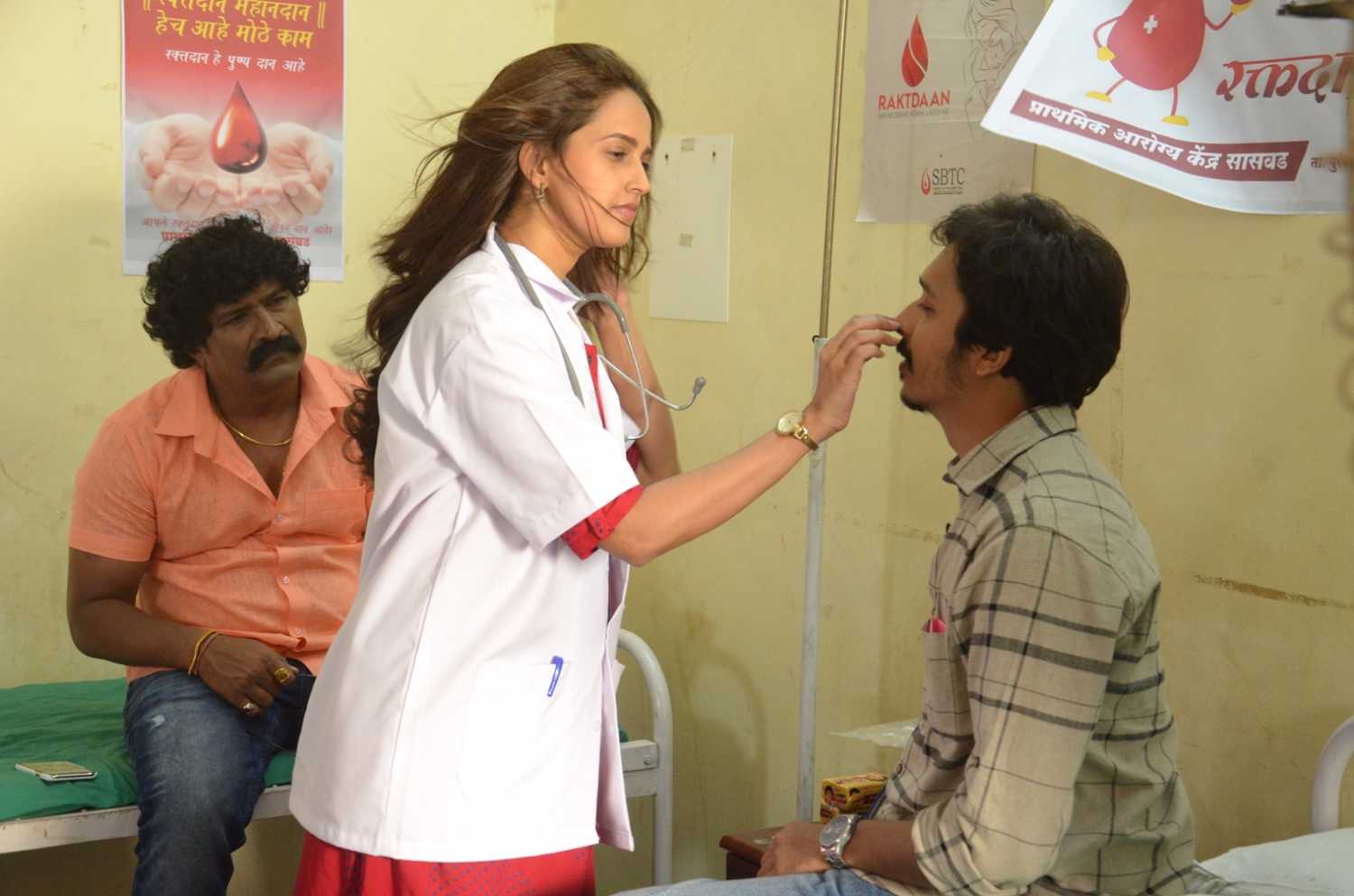 Urvi's teammate Madan (Bhau Kadam) insists he is a "DoP" every time someone calls him a "cameraman". He becomes the unlikely introducer of the meaning of companionship to Urvi. Indian weddings today are definite microcosms, where characters of all shades can be found affectively adding colour to the proceedings.

Director Dr Saleel Kulkarni presents a likeable film with lovable characters that feed off one another's energy to give the film a frothy quality. In the first few minutes, Mak's dialogue, "What kind of pari [angel] draws blood", is delivered hilariously, setting the tone for a fun film. Even the conflicts are handled lightly, and that is a welcome move. Like Madan says, people watching movies like happy endings because it makes them feel they can have one, too.

Before the interval, it's all smiles and hasty wedding preparations. It may seem odd that two individuals from diverse backgrounds and worlds could fall in love and decide to marry just two months into the relationship. Dr Saleel Kulkarni addresses some of these issues through mature conversations among parents, siblings, co-workers and friends. It's heartwarming, yet light.

As the interviews for the video are conducted, Urvi's seemingly general questions bring up neglected or overlooked conversations and, therefore, a change in the equations. None of these weigh the narrative down or make it boring, though. The subtle and conversational dialogue, coupled with some appropriate and soothing background music, elevates the scenes. The songs 'Ugichach Kay Bhandaychay', 'Bol Pakya Son' and 'Mazya Mamachya Lagnala' are refreshing.

While Rucha Inamdar is effervescent, sometimes annoyingly so, her screen presence is assuring. Shivraj Waichal, Sankarshan Karhade and Pravin Tarde master the dialect and become the centrepoint for some uproarious moments.

It's nice to see Shivaji Satam in a relaxed role. Alka Kubal, Ashwini Kalsekar and Sunil Barve all contribute towards adding layers to a film which could have been just about a filmmaker and her values being at odds with her assignment. Wedding Cha Shinema works as a wholesome film because of its perfectly cast characters.

This reviewer is fresh off the web-series Made In Heaven, also about people in the weddings business. The bar is set high and it seemed difficult to match. But Indian weddings are a treasure trove when it comes to fresh storylines and this one does not disappoint.

Wherever you stand on relationships, marriages or wedding films, this Shinema is a must-watch for 138 minutes of cheerfulness and a carousel of charmingly memorable characters.