The documentary by Farida Pacha is an important look into medical care for terminally ill patients at home in India.

The documentary Watch Over Me is held together by the work of three women — nurse Sini Kuriakose, counsellor Maniamma R and Dr Reena Sharma. These women tirelessly visit their terminally ill patients in the city of Delhi and offer them comfort, care and respect.

The majority of the patients are terminally ill and often don’t have time left. Watch Over Me, written and directed by Farida Pacha, follows the trio of health-care workers as they tend to their patients — Meherchand, Munni Devi, and Hanif. With each visit, we learn more about their families and the way the women have to alter the care according to the situation.

All the patients are a shell for their former selves — one can barely put together the words, while Hanif, who has arrived here from West Bengal, is often breathless due to the effects of the cancer on his body and the medication he is under. Most of the patients can’t afford the care or the medicine, so the NGO the women work for, CanSupport, helps them and their families get the support they need.

The 92 minute documentary ends with an appalling statistic, that only 1% of six million patients in the country have access to palliative care. Watch Over Me makes a strong case for the need for palliative care, and the reformation of health care in India. Patients and their families, at the latter stages of their lives, should not be battling paperwork to avail of a medicine that can ease their pain, maybe even prolong their lives.

The coronavirus pandemic exposed the state of health care even in most so-called first world countries, what to speak of the Indian system. There is a long way to go to fix the many problems we still face. 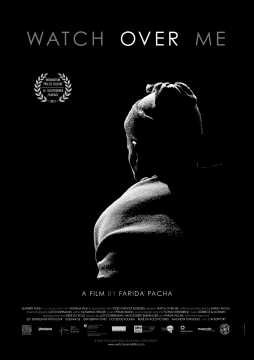 Pacha’s documentary, in Hindi and Malayalam, captures the constant state of grief these families live in. While unbridled grief can be hard to witness at times, here, it is not intrusive. The documentary focuses on the subjects but is respectful of their journeys. In fact, it helps them cope and understand what they are up against.

Like the patients, even the family members have their own pain to process. Sometimes, the family wants them to live a little just to assuage their feelings and guilt. Gently, the counsellor or the doctor pushes them to think of the patient first.

Shot in black and white by cinematographer Lutz Konermann, the documentary often captures moments of stillness — when the subjects are lost in their own thoughts, or in the case of the patients, their pain. Editor Katharina Fiedler also intersperses the film with shots of the city going about its business, unaware of the pain these families are going through.

It is a difficult, draining occupation of taking care of terminally ill patients and it takes a toll on the women as well, especially Sini and Maniamma, who sometimes see eight patients a day. Watch Over Me deals with heavy matters, but humanity is always at the centre of it. The feature aims to show how compassion and proper care can lead to dignity and peace at death for those suffering from terminal illnesses.

Watch Over Me is being screened at the Berlin Critics' Week / Woche der Kritik, on from 27 February to 7 March 2021.

Flight review: Thrilling mid-air saga that does not crash

The movie treads on escapist lines but that does not mean it is mindless....