In what’s believed to be their last collaboration, Ajith and Sivakumar don’t disappoint in Viswasam and that’s the least one can expect from them.

After falling flat on their faces with the highly ambitious but lame Vivegam (2017), Ajith and director Sivakumar Jayakumar redeem themselves with a safe and predicable, but largely fun rural drama in Viswasam, which more or less comes across as an extension of Veeram (2014), and this reviewer wouldn’t have been surprised if the makers called it Veeram 2. In what’s believed to be their last collaboration, Ajith and Sivakumar don’t disappoint and that’s the least one can expect from them.

The story is set in a small village in Madurai. Ajith plays Thookudurai or just Durai, a darling of the masses and is loved by his family. Durai is a man of his words and his known for his valor. He’s also known for dealing with disputes with fists. When we’re first introduced to Durai, he comes to settle a dispute between two villages over a local festival and all that it takes him to stop is a stare.

Viswasam is about a city girl falling in love with a man in a village. Nayanthara plays Niranjana who falls head over heels for Durai; even though she doesn’t appreciate his indulgence in violence. However, the makers take over an hour to establish these simple facts and needlessly spend so much time on the romance portion. Even post interval, there are songs that hinder the film’s pace without adding much value. Just when you are getting ready for conflict, you get served another distracting song. 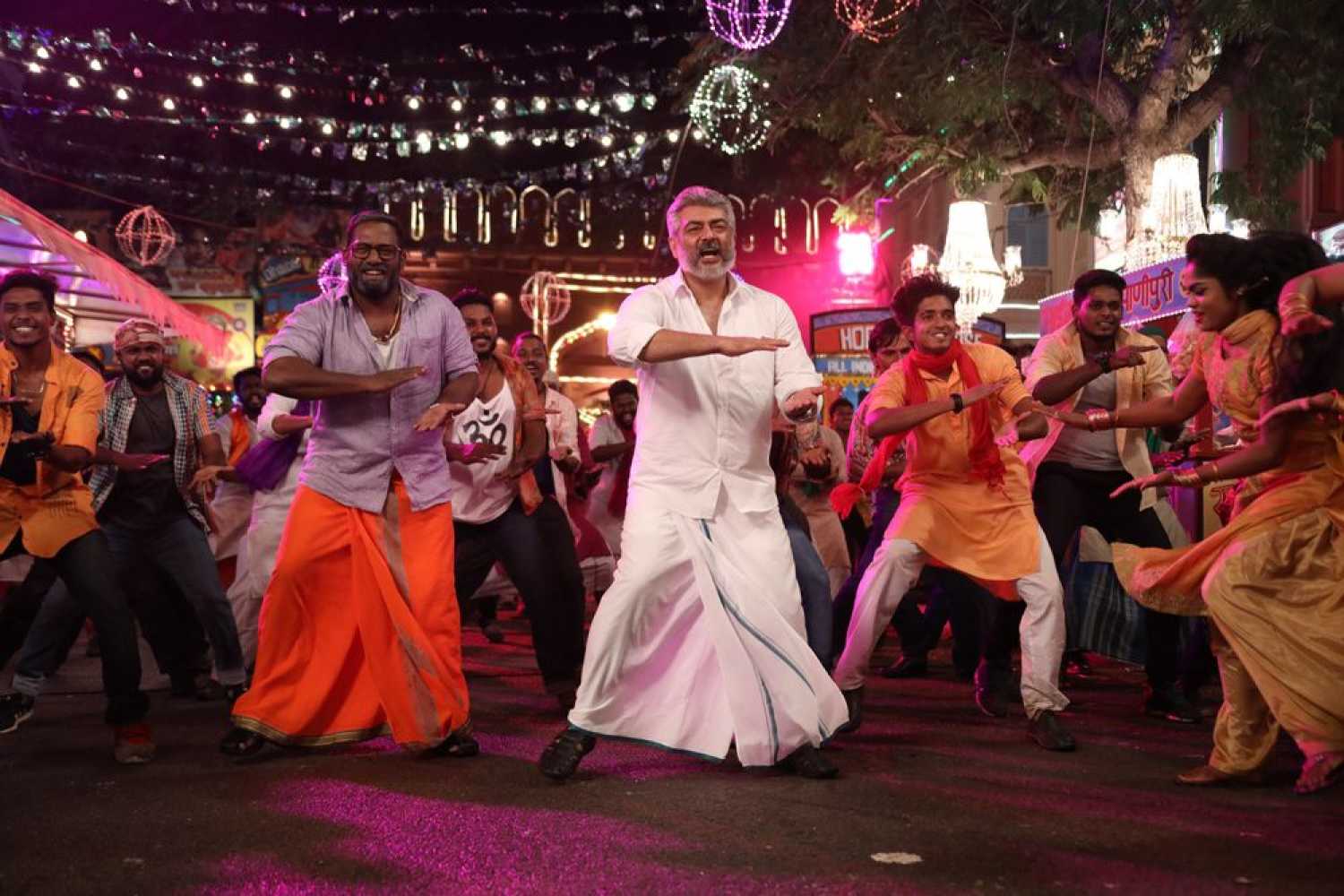 Sivakumar has taken a simple family entertainer and turned it into a superstar show; and the hype only hinders the film. The first clash between the antagonist and protagonist comes so late into the film that it feels like too little, too late. Despite the highly melodramatic second half and over the top climax, Viswasam works because it has packaged the mass moments in the most appropriate fashion. A fight sequence in the rain right before interval is one of the biggest highlights of the film.

In Viswasam, Sivakumar borrows hit scenes from his own films and makes slight changes to ensure everything works in favour of the film. He takes the safest and tried-and-tested path to dish out the perfect, fan-friendly festival entertainer.

The film also packs a well-intended family drama revolving around a father and his daughter. If the father-daughter portion in Yennai Arindhaal (2015) was your cup of tea, you’re likely to enjoy it even more in Viswasam, which does go over board at places to make the emotions work.

Nasir review: Moving, poetic portrayal of a day in the life of an ordinary man

Based on Dilip Kumar's short story A Clerk's Story, Nasir is a sharp but beautifully crafted...

Pankaj Rishi Kumar's documentary peeks behind the process of Koumarane Valavane's play to a...