Borrowing the plot of another film isn't the only problem with this Sonalee Kulkarni-starrer.

An independent young woman is struggling with life, managing to get by somehow. A guy is fond of her, but she has 'friendzoned' him. One day, a man wearing a mask starts following her and eventually kills her. However, when the woman wakes up from her sleep, she realizes it is the same day again as the date hasn’t changed.

This is just the start of a mysteriously scary puzzle as she gets killed again by the dangerous masked man. She again wakes up to the same day and all the events, including her murder, keep repeating day after day until she realizes that she needs to solve the mystery and nab the culprit.

This is not the story of director Saurabh Verma’s Marathi movie Vicky Velingkar. This is the plot of Christopher Landon’s brilliant thriller Happy Death Day (2017) starring Jessica Rothe.

Vicky Velingkar is a blatant copy with no credit given to the original whatsoever. Interestingly, Happy Death Day pays tribute to Harold Ramis’s Groundhog Day (1993) through a mention since that film is considered the first to explore a recurring day theme.

Vicky Velingkar makes a few changes in twists, setting and undoing of content that appears adult in India. So, here we have Vicky (Sonalee Kulkarni), comic-book artist and clock seller, realizing that her close friend Shrushti (Jui Pawar) has died by suicide. But Vicky is unable to believe that Shrushti ended her life and is sure she was killed by someone. 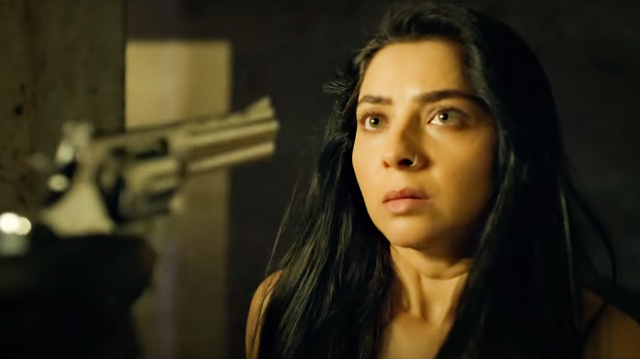 Vicky gets help from another close friend Lucky (Sangram Samel) and a common friend Vidya (Spruha Joshi). By the end of the day, Vicky, while trying to solve the mystery of her friend’s death, lands up at a place where a man wearing a mask shoots her. She wakes up and starts reliving the day over and over again until she gets into action mode to solve the mystery.

Vicky Velingkar also differs from Happy Death Day in terms of its treatment and it doesn’t work for the Indian film. The incidents the protagonist experiences in the Hollywood film are crisp, always ensuring that the narrative doesn’t become repetitive.

But in Vicky Velingkar, the writers have kept lengthy daily instances and encounters. And for some reason, the incidents of the first three days are shown almost as they are repeatedly, with the only change being that of the camera angles sometimes. Plus, Vicky’s encounters throughout the day aren’t entertaining or appealing. For example, the taxi driver’s talk appear quite lame; to have to see it repeatedly makes it tough.

Happy Death Day doesn’t provide any reason for the protagonist experiencing recurring days and this is the only (minor) botheration with the film. Vicky Velingkar has ventured into this territory through the angle of Shrushti’s death. But this part is only partially convincing and leaves unanswered questions. 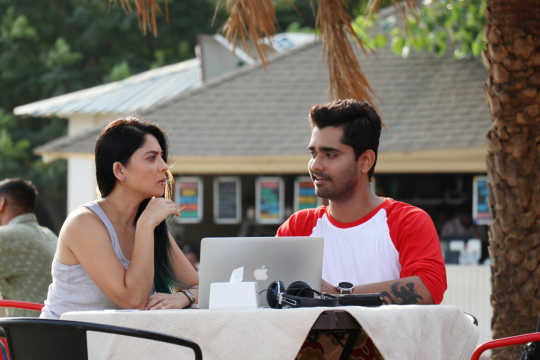 It is a given that there will be many among the audience who wouldn’t have seen Happy Death Day. So, the question remains: how will they find this film?

Vicky Velingkar might work to an extent for them as there would be a certain curiosity about what happens next and whether Vicky will survive. Also, Vicky Velingkar scores pretty well in the technical departments like camerawork and background score.

Sonalee Kulkarni played the historical character of Hirkani in the film of the same name recently. Her character here is completely the opposite as she plays a modern-day Mumbai woman. She makes the character of Vicky believable. She lives the various emotions and moods her character undergoes. She gets decent support from Samel, Joshi and Kettan Singh.

But these positives are not enough to override the minuses. More importantly, there is simply no justification for blatantly lifting the theme and plot of another film and calling them your own.