With a bloated three-hour runtime, the movie needlessly tries to pander to the masses by devoting a lot of time to family melodrama.

Filmmaker H Vinoth and Ajith Kumar — after impressing audiences with Nerkonda Paarvai (2019), a Tamil remake of Pink (2016) — have gone all out to come up with a banger of an action flick that’s fun while it lasts.

Purely from an action standpoint, Valimai is a treat for the senses as some sequences really stand out. But apart from these, there’s hardly anything that keeps you invested, despite an earnest performance from Ajith. In essence, it’s a film where the action supersedes the largely predictable story.

Ajith plays assistant commissioner of police (ACP) Arjun, who lives with his family in Madurai. He’s introduced as the people’s cop who has an unblemished record and is sensitive about taking lives. Meanwhile, in Chennai, the police department has failed miserably in its multiple attempts to hunt down an outlaw biker gang that uses unemployed youths to pull off major crimes which include theft, drug peddling and contract killings. 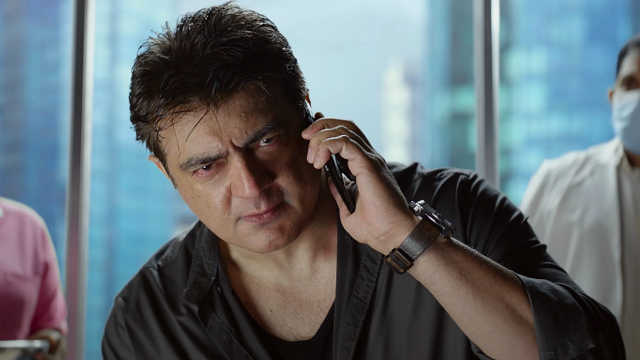 When the city commissioner feels helpless and hopes for a miracle, Arjun arrives and immediately takes up the case. In no time, he figures out the gang's modus operandi and as he begins to connect the dots to find out who’s pulling the strings, we get introduced to the mastermind. Kartikeya plays the leader of the gang, a biker with no scruples whatsoever. The rest of the story is about the face-off between the lead characters.

Valimai is a predictable and at times exhausting film about a fearless cop bringing down a gang singlehandedly. The differentiating factor is that the film uses action to its advantage and rides on the adrenaline rush those sequences deliver.

Every time the film dips in its narration and monotony seeps through, an action sequence comes to the rescue. This is a film that involves a lot of chase sequences and each scene leaves you on the edge of your seat. A 15-20-minute chase sequence at the beginning of the second half is unarguably one of the best moments of the film.

When you’re not watching the action unfold on screen in Valimai, there isn’t much happening in the movie. With a bloated three-hour runtime, the film wastes a lot of time on the characters that Arjun considers his family. The film could’ve definitely done away with a lot of melodrama to keep the narration tighter. 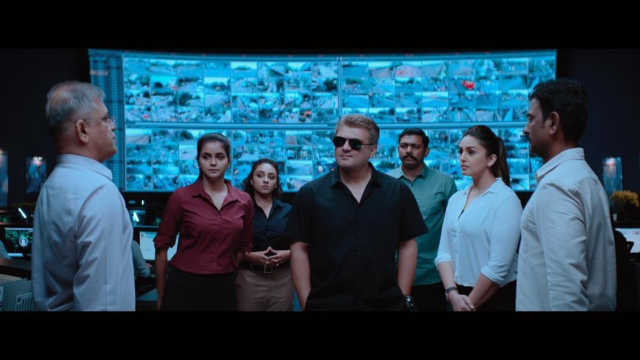 When it comes to the supporting cast, Huma Qureshi shines in a role in which she gets to do some action as well. Kartikeya as the antagonist is an interesting choice but his character isn’t fleshed out well. Ajith, as stated above, is earnest and it’s good to see him do some hardcore bike and car stunts.

Valimai would’ve been a cracker of a film if it solely focused on providing action thrills. It needlessly tries to pander to the masses by bringing in the family angle, which is the film’s biggest drawback.