Writer-director Renuka Shahane has assembled a powerful cast that brings to life characters who deal with weighty emotional issues.

Actress Renuka Shahane's first foray into helming Hindi films, Tribhanga: Tedhi Medhi Crazy, delves into fragile familial relationships much like her directorial debut in Marathi, Rita (2009). The film focuses on three generations of women from a family with an artistic bent of mind.

Nayantara Apte (Tanvi Azmi), a celebrated writer, is estranged from her daughter Anu (Kajol) and granddaughter Masha (Mithila Palkar). When the senior citizen slips into a coma after a stroke, her family and close confidantes rally around her. In doing so, the past is dredged up, with all the ugliness and hostility it entails. Anu, now a renowned dancer and film star, harbours great resentment towards her mother for leaving her husband and entering a relationship that left her vulnerable to harassment.

Nevertheless, as Nayan lies in a coma, her son Robindro (Vaibhav Tatwawaadi), Anu and Masha arrive to lend their support. They clash with Milan Upadhayay (Kunaal Roy Kapur), a writer who has been documenting Nayan’s life and journey. As they spend more with one another, they slowly open up about their misgivings and traumas, learning to let go, little by little. 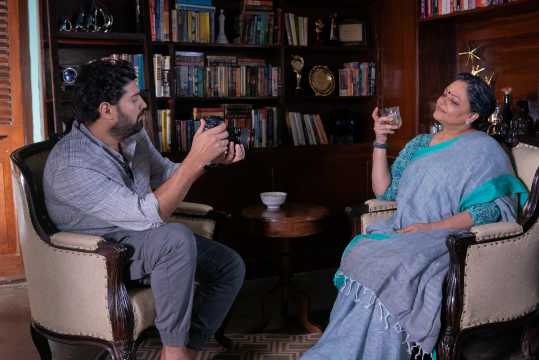 Nayan’s children are polar opposites. Anu is acerbic and has a prickly demeanour that initially rubs everyone the wrong way while Robindro has found peace with religion, much to his atheist mother’s surprise. Their bond is unshakeable and both Kajol and Tatwawaadi play the siblings with easy fondness.

The actress, in her digital debut, is fierce as the high-strung Anu, who hasn’t processed much what has happened to her in her childhood. Her changing moods carry Tribhanga. Eventually, Anu gets a dose of her own medicine when she is confronted by her daughter Masha, who holds her accountable for painful incidents from her own childhood. Masha is more grounded and stable, compared to the other women in her family.

Shahane balances out the contrasts of each woman and their choices well, though we don’t get to know Nayan as well as we should. The film features several flashbacks where the origin of the characters' emotional scars are shown, but the writing glosses over certain important threads that connect the past and the present. 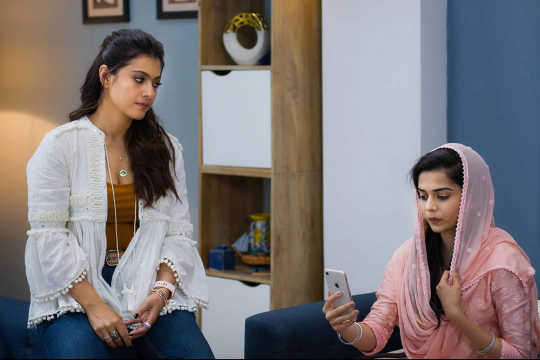 Roy Kapur, as the mediator between mother and daughter, brings a bit of humour to the feature as an uptight writer who uses chaste Hindi. However, both Kanwaljeet Singh and Manav Gohli’s characters aren’t developed as much as the focus remains on the women of the Apte family. The men flit in and out of the story without leaving much impact.

Despite all the family conflict, Tribhanga is more about addressing the past and moving on. Anu, in particular, shows grace in her actions at the end. However, with Nayan remaining as much an enigma in the end as she was in the beginning, we are left wanting more.

Bawri Chhori review: A tale of revenge dissolves into one of reflection

Aahana Kumra plays a woman wronged and hell-bent on vengeance in the film directed by Akhilesh...

Cinestaan Curates: Step Out examines mental health and domestic abuse in the lockdown

Directed by Hridaye Nagpal, the film stars Neha Dhupia, who is also one of the producers....

The disturbing but intriguing short, directed by Prasad Kadam, revolves around a twisted friendship....