Tiki Taka review: An energetic comedy with riots of laughter and a heartwarming tale of friendship

The film, directed by Parambrata Chatterjee,  is a purely entertaining family drama that truly celebrates the eternal rivalry between East Bengal club and Mohun Bagan club of Kolkata.

The Zee5 original film Tiki Taka (2020), directed by Parambrata Chatterjee, is filled with hilarious moments that you would like to revisit for the humorous dialogues which are brought alive by the exceptional comic timing of the actors.

In the film, not only Chatterjee shines as the resourceful and clever taxi driver with a golden heart, Raju, but the ensemble cast of Saswata Chatterjee, Paran Bandopadhyay, Kharaj Mukherjee and Kanchan Mullick also create a joyride through the energy-driven content that reflects the spirit of West Bengal’s association with football.

Writers Rohan Ghosh and Souvik Banerjee have sketched the characters with innovative ideas, keeping in mind the parameters of a full-fledged comedy film. The introduction of each character through Raju, the protagonist, also the story's narrator, is bound to get the audience hooked. Each of them has individual agency in the narrative, with certain defining shades of characteristics that adds to the comic quotient of the film. 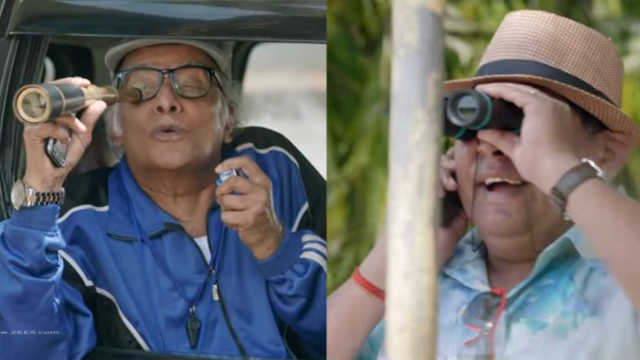 The film begins with a confusing encounter with Raju that prepares the audience for a comedy of errors. A filmmaker (Riddhi Sen), along with his girlfriend (Surangana Bandopadhyay), gets in touch with him to make a film on his friend Khelechi Agjubi (Emola Enabulu). Raju, proud of his friendship with Khelechhi, recounts his eventful journey with him.

A few years ago, Raju picked up Khelechhi from the airport but found it difficult to determine his destination. Khelechhi was searching for someone named PK in the big city, and the language barrier between the two didn't help. Eventually, he realises that Khelechhi is involved in a drug racket because of a financial crisis. Raju promises Khelechhi to arrange money for him, but decides to bring him out of the drug racket, as his life might be in danger.

Ghosh and Banerjee have woven a beautiful tale of friendship between Raju and Khelechhi, in which Bengal’s love for football comes to the rescue of Khelechhi’s predicament. There is realistic portrayal of how often Blacks are perceived with stereotypical notion by the common people, but at the end of the day, friendship and the sentiment associated to the football rivalry rise above those perceptions in the film.

To retain the light-hearted approach, the drug racket operating under zamindar Prankrishna Das, better known as PK, (Saswata Chatterjee), has been depicted within a circus-like ambience, interspersed with an array of confusions. The introduction to PK sets the mood of the film, as the audience can anticipate that the film is not going to turn dark, even with the presence of a so-called villain. 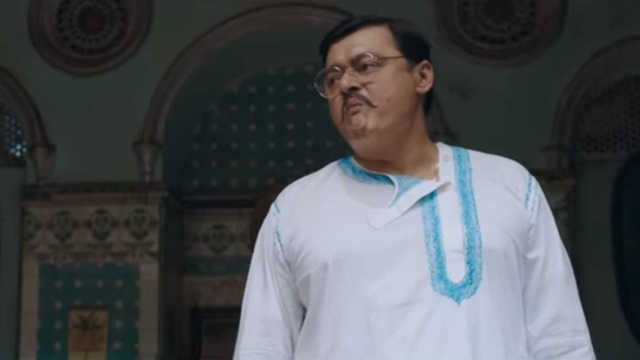 Raju stages up a narrative, involving the two dominating football clubs of Kolkata, with the help of journalist Bony (Ritabhari Chakraborty), to achieve his goal. He dupes people but for a noble purpose at the end. The conflicts with the not-so-typical drug lord, as well as the owners of two football clubs (Paran Bandopadhyay and Kharaj Mukherjee), mount the film with an accelerating pace that never drops. It is commendable that the writers have managed to simultaneously run the two parallel themes of friendship and the craze for football with realistic depictions, and bereft of any sentimental touch.

The narrative also touches upon the way journalists are exploited in the media sectors and has another hilarious yet brief subplot of a police inspector (Santilal Mukherjee) secretly observing the drug trade involving PK. However, the moments of chaos, in which zamindar PK, as well as the owners of two football clubs, desperately think of their own personal interests, but only end up benefitting an innocent soul from crisis are the ones that drive the film ahead.

The sequence of the football match has been beautifully shot by Ravi Kiran. The energy of the match and Khelechhi getting flashes of memories for inspiration to play with all his might, together, create an engaging climax, with the possibility of keeping the audience holding their breath in expectation.

Parambrata Chatterjee finally comes out of his usual gentleman-like avatar and delivers a refreshing performance as a crude man, full of compassion and noble intentions. He reflects his generosity with his smile and straight-forward attitude and does not mind defending himself as well as his friend by snubbing people to their face.

However, as much as a taxi-driver can have knowledge in English, Chatterjee at least could have got rid of his sophisticated pronunciation as a taxi-driver, who is clearly not portrayed as well-educated.

After watching the film, the particular sequences revolving around Saswata Chatterjee and Kanchan Mullick are worth revisiting repeatedly. Saswata’s mouth is mostly filled with paan and when he speaks, no one can understand what he is saying. Therefore, Pancha (Mullick) articulates for him. Saswata’s expressions, as well as his camaraderie with Mullick, are the real treasure of the film.

Paran Bandopadhyay’s Bangal accent and colloquial slangs, followed by his breathless acting as an asthma patient are rib-tickling. Emona Enabulu’s amateurish performance somehow does justice to the innocent character of Khelechhi, but Ritabhari Chakraborty appears to be the real odd one out of the host of brilliant actors. Her expressions and presence, besides her character arc, hardly make an impact.

The incorporation of the folk song by Arko Mukherjee is beautiful and Nabarun Bose’s background score heightens the mood of the film.

Tiki Taka is a purely entertaining family drama that truly celebrates the eternal rivalry between East Bengal and Mohun Bagan clubs of Kolkata. The dialogues are hilarious but are not petty jokes with superficial content. Some of them truly reminds one of the classic Bengali comedies and are going to stay with you when the film is over.

However, much of the film's charm will get lost in the Hindi version of the film as Paran Bandopadhyay and Kharaj Mukheree have not dubbed themselves. The audience are going to especially miss Bandopadhyay's colloquial slang in Bangal accent.

The film offers a convincing cinematic recreation of the historic football match that brought an its...