The White Tiger review: Adarsh Gourav dominates this saga of a dog-eat-dog world

Ramin Bahrani has adapted the Aravind Adiga novel for the big screen capably, though the largely faithful adaptation falters as it reaches its finale.

An unthinkable car accident leads a changing point in Balram Halwai's life. The young man, a driver for a wealthy couple in Delhi, realizes his worth in life to them. It leads him to ponder about escape from a life of servitude. Balram (Adarsh Gourav) was a bright boy in the village learning English and aspiring to better his life. But the cycle of poverty is hard to escape, and it often takes a drastic act.

Unlike Danny Boyle's Slumdog Millionaire (2008), with which there will be many comparisons, The White Tiger is grittier and more insightful and incisive than the feel-good Oscar winner. While the earlier film glossed over the ugly truths of caste and society with a romance and music by AR Rahman, Balram himself wants to show us the real India. You see, the former servant has transformed himself in a new city and emails a visiting foreign premier about his rise into entrepreneurship. In doing so, he narrates his life story, bit by bit. 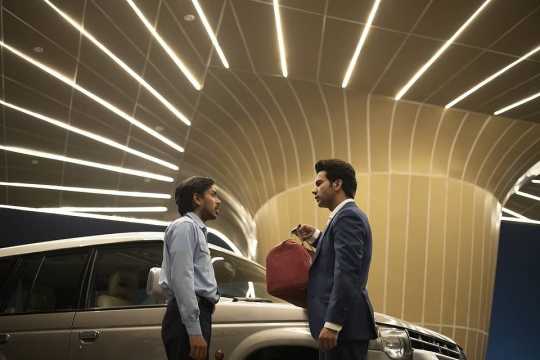 Adarsh Gourav is mesmerizing as he moves between these periods — first as the wide-eyed servant with upward mobility and later as a hardened man who has to make tough choices. The actor dominates every scene he is in and steals the movie from known names like Rajkummar Rao and Priyanka Chopra Jonas, who play his employers.

Ashok (Rajkummar Rao) and Balram have a puzzling, complex relationship where they find common ground in some rare moments and then Balram is back to being belittled and demeaned by Ashok and his family. Chopra Jonas, as the US-raised Pinky madam, is the rare human to see him and ask him to want more in life, but she too is lost in her own troubles. Both Adarsh Gourav and Chopra Jonas are cast well in their roles.

Bahrani is an apt choice to direct this tale. He was Adiga's friend when he first began writing the novel back in Columbia University, which they both attended, and the Man Booker prize winner is dedicated to Bahrani. The writer-director preserves much of the novel's essence while adding his visual touch to Balram's wild story. The filmmaker also adds humour to the film, as both Ashok and Balram pull fast ones on each other for their lack of knowledge and traditions.

The feature moves at a face pace, zipping along as it explores Balram's understanding of what it means to be poor, lower caste, and a servant in new India. Cinematographer Paolo Carnera retains the focus on Balram throughout, and editor Tim Streeto adds punchy hip-hop and rap tracks to move the narrative forward. 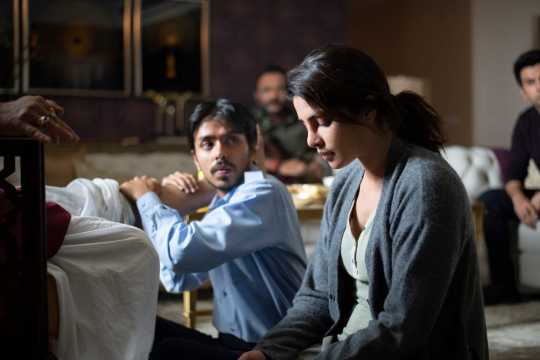 The self-aware Balram lets us in on what knowledge and learnings he has amassed, both from the moneyed set and from people like him. But like the recent Netflix series A Suitable Boy (2020), the switch between English and Hindi, what these characters would normally speak, isn't as smooth as the film would like it to be. Moreover, Rajkummar Rao's indistinguishable accent is hard to place and takes away from his performance. The others, Mahesh Manjrekar as Ashok's father and Vijay Maurya as his brother, fare better. Swaroop Sampat has a brief but memorable role as a lower-caste politician who takes no prisoners.

However, after a momentous event which lacks the impact that we expect, The White Tiger loses steam as it delves more into Balram's journey into self-awareness. Adarsh Gourav plays this bit well, but it doesn't translate well on screen. After the powerful opening that drops us right into Balram's world, his last words to us feel a little wanting.

Behind The Bhangra Boys review: Conquering hearts and spreading love through dance

The film highlights the honesty, candour and sheer determination of this group of five young to...

Son Rise review: Champions of change in the fight for women’s rights

Cinestaan Curates: Atmanirbhar is a joyous affirmation of feminine self-determination

Lijin Jose's short film was made for a 50-hour filmmaking contest on the theme 'Brave...