The Sky Is Pink review: Moving portrait of a family’s journey through love and loss

Based on true events, the emotional film revolves around a couple whose marriage weathers the worst.

For the Chaudhary family, every day is momentous. When their infant daughter Aisha is diagnosed with severe combined immunodeficiency (SCID), they manage to get their miracle after an expensive but necessary bone marrow transplant saves her life.

As Aisha (Zaira Wasim) grows up into a teenager, she is deemed fit (and healthy) enough to relocate to India with her devoted family. Her parents, Aditi (Priyanka Chopra Jonas) and Niren (Farhan Akhtar), have upended their lives until then. They moved house and hearth from Delhi to London so Aisha could have the best care possible at the children’s hospital.

Now, just maybe, they can live normally again, with Aisha attending school like others her age. But life throws another wrench into their lives when Aisha’s lungs deteriorate because of the side effects from the chemotherapy required for the transplant when she was a baby.

Based on a true story, Shonali Bose’s The Sky Is Pink (2019) demonstrates the unshakeable love and strength of the Chaudhary family, which deals with unspeakable grief when both their daughters die after being diagnosed with SCID. Despite dealing with grave and serious issues, the film itself creates lots of light-hearted, warm moments as it takes us through the past and present to show how the couple took on all that life threw at them. 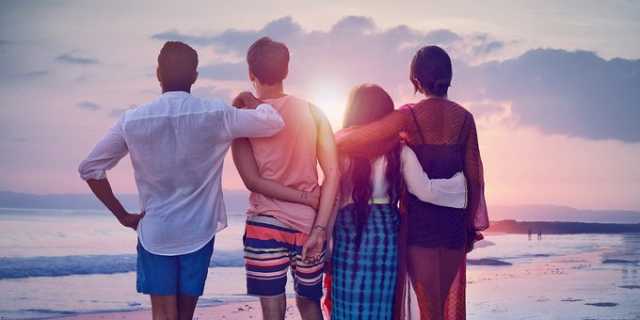 The Sky Is Pink is told non-linearly through several decades, and that’s where it gets confusing, as we try to decipher how that particular moment is instrumental in the lives of the Chaudharys. The constant shifting around through time periods hinders the overall storyline.

Zaira, as Aisha, also serves as narrator in the film; her running, snarky commentary on their past (written by co-writer Nilesh Maniyar) is a highlight.

Aisha’s relationship with her parents, whom she calls Panda and Moose, is one-of-a-kind. Their honesty and strong bond moves you. The film is further elevated by the strong, raw performances by Chopra and Akhtar.

Chopra, returning to Hindi cinema after Jai Gangaajal (2016), slips in again as if she had never left. Her performance as the always-prepared Aditi is both moving and natural. Her Aditi is more accepting of her pain, and her daughter’s pain as well. Akhtar’s Niren is more closed off, though his tough veneer cracks a bit by the end. The actor demonstrates this change well. 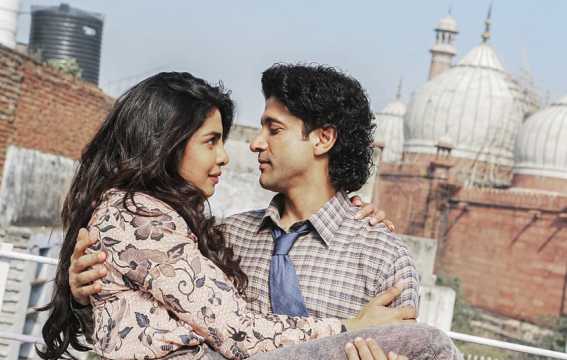 Zaira, in her last film, shows both incredible confidence and vulnerability as Aisha. She even does a meta impression of mentor Aamir Khan's character from her previous film, Secret Superstar (2017). Rohit Suresh Saraf is Ishaan, aka Giraffe, Aisha’s elder brother. While his is a more supporting role, Saraf leaves an impact.

Bose, as co-writer and director, has crafted some wonderful scenes about the Chaudharys’ journey, both good and bad. From Niren and Aditi’s fight in a hotel restroom after the death of their daughter to how strangers in London rally to raise more than their monetary goal for Aisha’s transplant, those moments are palpable.

The film’s approach to dealing with grief, embracing it rather than letting it consuming you, is commendable. We are quite closed up as a society when it comes to issues about mental health, grief and talking about feelings. The film presents characters having those difficult conversations that we often avoid in real life, and it is refreshing to see.

The story of Aditi, Niren and their family is quite remarkable. Their strength and love through tremendous loss is exemplary. While there might be a few tears shed, the tone of The Sky Is Pink is more uplifting and optimistic.