The Girl On The Train review: This faulty memory thriller grows tedious

Parineeti Chopra unconvincingly plays a woman struggling with amnesia and alcoholism who finds herself the prime suspect in this mystery by filmmaker Ribhu Dasgupta.

Mira Kapoor (Parineeti Chopra), a young woman who had everything and loses it all and has to find her bearings as she finds herself at the centre of the murder of another woman, Nusrat John (Aditi Rao Hydari). This Indian adaptation of Paula Hawkins’s bestselling novel, also set in London, is faithful to an extent but tries to assert its own identity.

Chopra’s character was once a ruthless lawyer, but her life slowly unravels after a car accident when she is pregnant. Her once-loving husband Shekhar (Avinash Tiwary) is no longer supportive and moves on to another woman, and she drowns her sorrows in alcohol to dull the pain she feels after her miscarriage. Soon, she is divorced and rudderless. 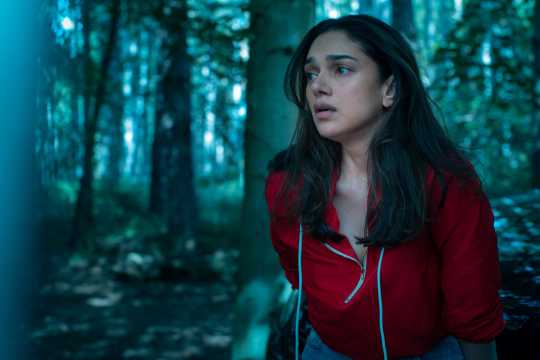 She finds unlikely meaning in gazing out the window of the train on her daily commute, looking first at her former house, which is inhabited by her ex-husband and his new wife, and then to Nusrat, who embodies everything about Mira’s life before the accident. It slowly becomes an obsession for her. However, the seemingly perfect Nusrat is hiding some secrets of her own and turns up murdered in the forest, with signs pointing to Mira as one of the prime suspects.

As inspector Kaur (Kirti Kulhari) and the police investigate the crime, Mira decides to take matters into her own hands. The accident has left her with anterograde amnesia and major trust issues as she struggles to piece together what she was doing in the forest when Nusrat was murdered. However, Chopra works too hard to convince us of Mira’s woes, and her sorrows and alcoholism are much too pronounced here to be effective. Somehow when the troubled protagonist is drunk, her eye makeup gets darker. 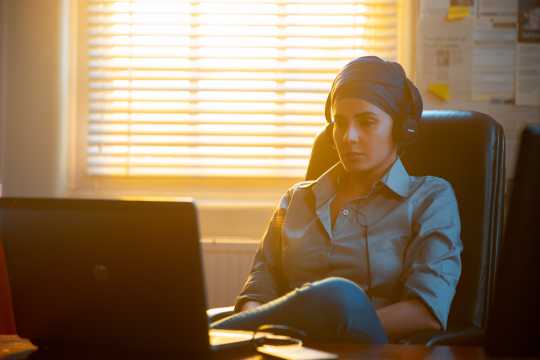 The rest of the cast is perfunctory in this England-set mystery although certain characters like Nusrat’s husband Anand (Shamaun Ahmed) and her therapist Dr Hamid (Tota Roy Choudhury) are introduced and then forgotten when the going gets interesting. Kulhari as the inspector, Tiwary as the manipulative ex and Hydari as the victim manage to stand out despite their limited screen time.

Like Hawkins’s novel, the psychological thriller by Ribhu Dasgupta deals with faulty memories and despite what it seems to suggest, there are a few more suspects for Nusrat’s murder than just Mira. But The Girl On The Train’s twists and revelations are more underwhelming than shocking. In the novel, the reveals felt more like pieces of a puzzle being put together.

Netflix is now streaming The Girl On The Train.