The long wait for the second season of the web-series directed by Raj, DK and Suparn Verma has been fruitful as the show starring Manoj Bajpayee and Samantha Akkineni is a quality entertainer.

While building up excitement and anticipation, the trailer for the second season of Raj Nidimoru, Krishna DK and Suparn Verma’s web-series The Family Man also raised some concern about the directors abandoning the first season's story. And the initial portion of Season 2 suggests this may well be the case, until a flashback sequence arrives.

The cliffhanging situation at the end of the first season is resolved in a convenient manner. But we are not complaining, as the second season holds the viewer's interest from the very first episode.

The repercussions of the Delhi mission have compelled Srikant Tiwari (Manoj Bajpayee) aka Sri to quit the secret intelligence unit TASC and opt for a boring IT desk job in Mumbai where his young boss is making life difficult for him. Sri is also going through a stressful time with his wife Suchi (Priyamani) and two kids.

Meanwhile, a group of the Sri Lankan Tamil Rebels joins hands with the Pakistani intelligence agency ISI through their officer Sameer (Darshan Kumar) to wreak havoc in India. While the ISI has always been against India, the Tamil Rebels is upset with India’s prime minister Basu (Seema Biswas) for meeting Sri Lanka's president and striking an important deal in Chennai. Hence, the two groups get together to plan an attack of enormous proportions to be carried out by the Tamil Rebels’ best officer, Raji (Samantha Akkineni).

TASC, under the leadership of Kulkarni (Dalip Tahil), has its task (pun intended) cut out to stop the attack. The agency gets a boost when Sri returns.

The second season of The Family Man is not only more complex than the first but also more ambitious and needed precision in the narrative as well as the presentation. After viewing the nine episodes, it is safe to say that the makers have achieved their goal.

Among the many positives, the one that deserves the most mention is the screenplay by Suman Kumar, Raj and DK. This season has more far more tracks running in parallel (more than the ones mentioned in the synopsis above) than was the case in the previous season. Yet, the screenwriting gives enough footage to each track while keeping the main narrative engaging and smooth. It also fulfils the need of this medium to end every episode in a thrilling or at least interesting manner. 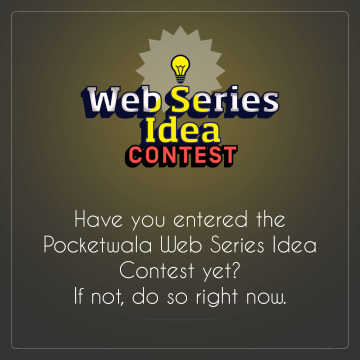 The narrative becomes more gripping as the season reaches the finalé that, while predictable, provides the viewer with a kick and gains her interest for Season 3.

Those well-versed with Raj and DK's techniques would be aware of their fondness for subtle humour, no matter the subject they are dealing with, and they do not disappoint here even when dealing with moments of serious and emotional crises.

The show also scores highly on the technical front. Cinematographer Cameron Bryson leaves his mark on a number of occasions, especially during those long-take action sequences.

The second season's major attraction is Samantha Akkineni. There comes a moment in the initial episodes when her character Raji gets all emotional thinking about her cause. Samantha's performance in this scene suggests she is an actress who just can’t go wrong and that is borne out in the nine episodes. Her performance, both in the emotional moments and the action scenes, is pure dynamite.

Manoj Bajpayee continues his impressive form from the first season and meets the challenge of performing a character with more depth this time head-on. Sharib Hashmi again succeeds in balancing seriousness and humour in his performance while Priyamani is reliable yet again. The talent of Ashlesha Thakur, as Bajpayee’s daughter, is more noticeable this time as her character gets more prominence.

Of the other additions to the cast, Seema Biswas is, of course, brilliant as the strong and stubborn prime minister of India. The artistes playing members of the Tamil Rebels core group — Mine Gopi, N Alagamperumal, Anand Sami and others — are natural. Mukesh Chhabra deserves credit for the perfect casting.

There are no obstacles in this season apart from the length which could have been shortened, especially in the initial episodes.

Thankfully, The Family Man (Season 2) ends the main story this time instead of keeping it hanging.

The Family Man 2 is now available on Amazon Prime Video.