Anil Kapoor’s seasoned inspector investigates a series of murders only to uncover a larger plot in this intriguing feature by Raj Singh Chaudhary that fizzles out by its finale.

A mutilated body is found hanging from a tree while a family preparing for a wedding is robbed and killed in cold blood; these two seemingly connected cases launch the story of Raj Singh Chaudhary’s Thar (2022). However, the air of mystery dissipates over the course of one hour and 48 minutes.

Set in 1985 near the India-Pakistan border, in the village of Munabo in Rajasthan, the film revolves around inspector Surekha Singh (Anil Kapoor) and his right-hand man Bhure (Satish Kaushik), who are tasked with finding out what really happened. The inspector, who is on the verge of retirement, is under pressure from above to crack the cases swiftly. But the investigation takes time and gives him a new lease of life.

On the heels of the grisly murders, a laconic stranger Siddharth (Harrshvardhan Kapoor), an antique dealer, arrives in the village, asking for literate men to work in the city. After a while, it becomes evident that his appearance in the hamlet is no coincidence.

The suspense surrounding Siddharth’s real intentions and his possible involvement in a murky cross-border opium smuggling ring involving dangerous dacoits is dragged out for much of the film, with slight hints being dropped here and there. 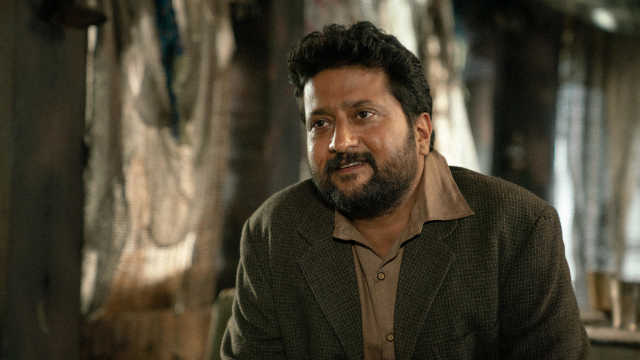 Siddharth recruits Panna Ram (Jitendra Joshi) and his mates and gets involved with Panna’s too trusting wife Chetna (Fatima Sana Shaikh) along the way.

Kaushik's Bhure provides the slightly needed comic relief in the first half, but the rest of the cast takes on weightier matters. The veteran actor is a standout as the gruff but cool-headed cop who is reaching a standstill in his own life, with retirement looming ahead. The younger Kapoor keeps his cards close to his chest, not showing much emotion till the end, when it’s too late, I fear. 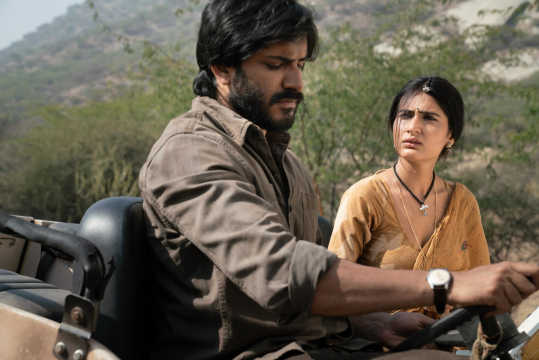 Shaikh and Mukti Mohan are quite good as the young wives of Panna and Dhanna (Sanjay Bishnoi) who have little say in their own futures. Joshi is terrific, and the slimy, abusive husband Panna, who constantly taunts Chetna, definitely has something to hide.

In the visual department, Thar scores high as director of photography Shreya Dev Dube conjures up a barren but potent landscape for the events that unfold. Whether from a bird’s eye view or from the ground, the deserts of Rajasthan have been transformed for an alluring take on the Western genre.

The film is also big on displaying a lot of gore and violence. Composer Ajay Jayanthi’s score builds up the mystery, but in the last 30 minutes, when revenge seems to be the all-encompassing theme, is when the story begins to lose its hold and become underwhelming. 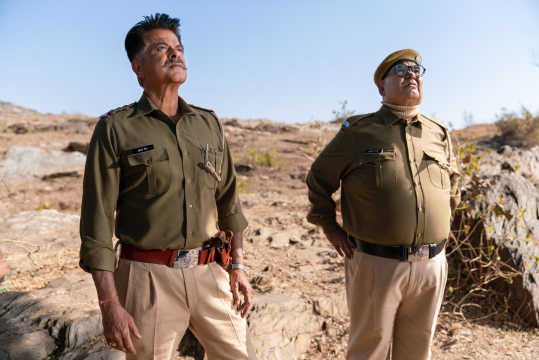 Chaudhary does well while establishing the mood and setting of Thar. There are, of course, a few references to India’s most famous Western, Sholay (1975), but here the makers attempt some different, which doesn’t entirely work. The movie doesn’t even do much with the father-son casting, apart from two or three scenes. Despite its technical finesse, Thar feels a bit disappointing.

Thar is being streamed on Netflix.

The filmmaker's insistence on addressing social ills in a light-hearted manner is the biggest of...