Thalaivii review: Kangana Ranaut’s film is an ode to Jayalalithaa’s rise into a powerful leader

Unlike most biopics, especially those on popular politicians, Thalaivii neither tries to sanitize Jayalalithaa’s image nor glorify her. It attempts to humanize her story by letting us in on her vulnerabilities and heartbreaks.

AL Vijay’s Thalaivii (2021), based on the life of J Jayalalithaa, the late charismatic leader from Tamil Nadu, does not break new ground in terms of storytelling, but it is one of the better biopics to come out of Southern cinema in recent years.

Unlike most biopics, especially those of popular politicians, it neither tries to sanitize Jayalalithaa’s image nor glorify her. It attempts to humanize the story of an iconic politician by letting us in on her vulnerabilities and heartbreaks.

The film chronicles the life of actress-politician Jayalalithaa (Kangana Ranaut), her relationship with her mentor MG Ramachandran (Arvind Swami) and her meteoric rise to power as chief minister of Tamil Nadu.

The movie opens with the infamous legislative assembly incident of March 1989 in which Jayalalithaa was assaulted and her saree torn. Scarred by the incident, Jaya vows to enter the assembly only as chief minister of Tamil Nadu. Cut to many years earlier; we are introduced to Jaya as a 16-year-old who is just starting her acting career. The story quickly shifts to her first meeting with MGR and how she slowly gets enamoured by him. We get more scenes between them on and off film sets. The rest of the story focuses predominantly on their relationship and partly on Jaya’s plunge into politics, going on to emerge as one of Tamil Nadu's most iconic leaders. 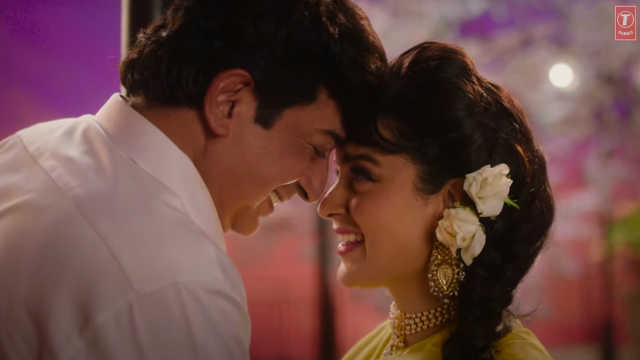 Thalaivii, unlike other biopics, focuses more on one segment in Jayalalithaa’s life. Even though it touches upon other events in her life briefly, the story predominantly shines the spotlight on her relationship with MGR and how she went from this highly ambitious girl to being called the ‘other woman’ in his life. It’s about how both MGR and Jaya became each other’s strength as well as weakness.

Thalaivii is also about a woman’s fight for recognition in a world ruled by men. When the story shifts to Jaya’s entry in politics, the story feels stretched with a lot of focus on slow-motion shots and moments that elevate Jaya. Of the two halves, the post-interval session that focuses more on politics makes a stronger impact, but it is also the half that’s slightly over the top.

Kangana Ranaut as Jayalalithaa in the titular role brings out her inner rebel to make a point — that she does not bow to anyone. It’s a character that has so much in common with Ranaut's own personality. There is a telling scene towards the end of the film when Jaya, who has just become chief minister, tells her ministers to sit. When they refuse to sit in her presence out of respect, she has the chairs removed and gets them to bow to her.

Ranaut delivers a strong performance as a lovelorn woman going on to become the most loved ‘Amma’ for millions of Tamils. Much as she tries to bring out Jayalalithaa in her performance, it is quite evident that she did not merely imitate her and worked on many nuances to get a lot of things about the representation right.

Ranaut finds a strong competitor and companion in Arvind Swami, who kills it with an award-worthy performance as MGR. Known to pick his roles with care, Arvind Swami is stunning with an impeccable portrayal of MGR, especially in getting his mannerisms and body language on point. Some scenes between Ranaut and Arvind Swami are highlights of the movie. Samuthirakani as MGR’s close aide RM Veerappan is another performance from the movie that deserves special praise.

Thalaivii, despite some rough edges, is a powerful ode to Jayalalithaa’s rise from demure girl to powerful politician. It’s a strong comeback for director AL Vijay, who had been struggling with his form. GV Prakash Kumar’s music plays a key role in elevating the mood of this biopic and the recreation of a bygone era by the production design team is one of the reasons why the film works.

Raame Aandalum Raavane Aandalum review: This Suriya production is a rural drama with the heart of Peepli [Live]

Maintaining a satirical tone for the most part, Raame Aandalum Raavane Aandalum raises some without...

Radhika Prasidhha’s film is a drive through a forest of childhood memories, some joyful and...

Billed as a political thriller, Kodiyil Oruvan is simply about a son fulfilling his mother’s a...