Joy Sarkar's semi-classical compositions are the highlight of this musical thriller directed by Soumik Chatterjee.

Tansener Tanpura (2020), a Hoichoi original, is a musical thriller based on several anecdotes from the world of Hindustani classical music and the mystery surrounding legendary singer Miyan Tansen's tanpura, which was gifted to him by Mughal emperor Akbar.

The series, directed by Soumik Chatterjee, is full of semi-classical compositions by Joy Sarkar, which have been sung by some of Bengal's leading vocalists like Pandit Nihar Ranjan Banerjee, Tushar Dutta, Soham Chakraborty, Jimut Roy and Somlata Acharya Chowdhury.

Needless to say, the concept of the series is unique, however, at times it appears to be stretched unnecessarily in order to fit all the anecdotes and stories that writer Sougata Basu possesses on the subject.

Stories about the guru-shishya parampara or tradition, the creation of various ragas and instruments, are quite fascinating, but the narrative pattern adopted by the director to weave all these stories together is extremely repetitive. The first season ends without solving the mystery, thus keeping audience waiting for the next season.

Sruti Mishra (Rupsa Chatterjee), the daughter of renowned Hindustani classical vocalist Madhubanti Mishra (Jayati Bhatia) and the granddaughter of Pandit Kedar Mishra (Rajat Ganguly) is in a relationship with Alaap Mitra (Vikram Chatterjee). In the series, the guru-shishya tradition has been portrayed as being rigid and orthodox.

While this appears to be a generalised perception, Sruti seems to be fed up of the lack of flexibility in the space of learning Indian classical music and takes up western music instead. One feels that the writer could have come up with a better reason instead of reinforcing the clichéd concept of Hindustani classical music being rigid, while western music represents an easygoing culture. 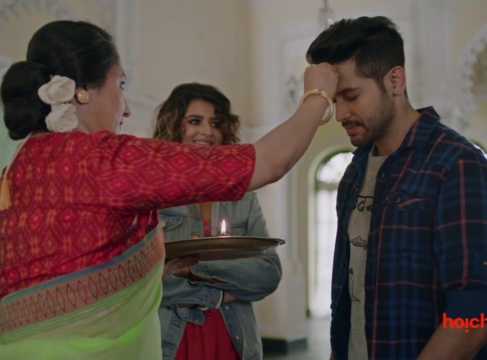 Alaap, on the other hand, is adamant about learning from Sruti’s mother. Eventually, Sruti gives in and takes him to their ancestral mansion in Anandagar. Prosenjit Chowdhury’s camerawork here beautifully captures the palace and its grandeur.

While the makers have focussed on depicting the guru-shishya tradition, they have also shown Alaap suddenly breaking into a song without the permission of his future teacher, while she is in the midst of teaching her students a musical composition.

The makers here have taken liberty of dramatising the plot to establish Alaap’s character as someone who is an obedient student of Hindustani classical music. But they should have avoided incorporating the sequence of Madhubanti and Alaap practising Raga Jog, an evening raga, in the morning.

There is a mystery about Alaap's true objective behind taking lessons from Madhubanti. He seems familiar with the compositions, has exceptional command over ragas, a fact which baffles Madhubanti too. Chowdhury’s camerawork in capturing Alaap's sessions with his guru or singing on a boat is engaging.

The series takes a turn from a musical to a thriller when Alaap is told that Mishra was gifted Tansen's tanpura by the reigning nawab of his time. The location of the tanpura is a mystery and so is the person who will inherit it.

The search for the tanpura turns into a treasure hunt as Alaap gets in touch with all of Mishra's students and gets them to share stories about their time with their guru in order to find clues to the missing tanpura.

The series then gradually reveals one disciple after the other as Alaap’s quest progresses. They all seem to know about the tanpura and unite against Alaap when he begins the hunt. While some of them are focused on solving the riddles on the way to the tanpura, others are more keen on ensuring that Alaap doesn’t get to lay his hands on it.

The season focuses on presenting all the riddles and the characters associated with them, while saving the revelation of the actual heir for the next season. 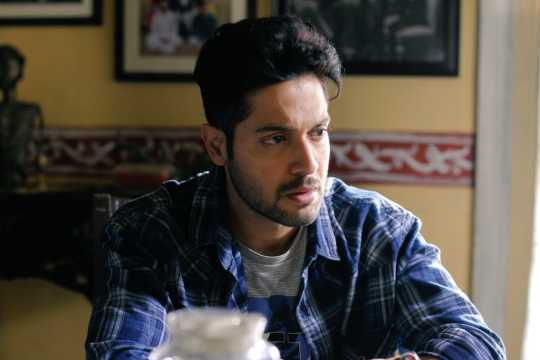 The revelation of the riddles and the characters is exhausting. However, the background stories of each of the characters is linked to the history of Indian classical music. The information could appeal to the audience, if they manage to watch the show patiently.

Both Vikram and Rupsha have delivered natural performances. Rupsa has been successful in infusing humour into her seamless act, even without support from the dialogues. Bhatia's Madhubanti Mishra is always presented as heavily dressed, which appears to be a bit unreal. However, she has managed to successfully portraythe hidden insecurities and jealousies.

Ganguly’s act seems one dimensional, but perhaps he had nothing more to offer as his character has been written without many shades. He is a stereotypical classical musician, who is all about rules and dignity. Debesh Roy Chowdhury’s portrayal of Bahadur, an instrument maker, is decent.

The other actors in the series, Sujan Mukhopadhyay, Bhaskar Banerjee, Angana Roy, Anuradha Mukherjee and Subhasish Mukherjee too have delivered engaging performances despite their dialogues lacking substance.

Sarkar’s music is the highlight of the series. All the songs in the show are proof of his and the entire team’s hard work.

Md Piyasuddin’s editing has complemented Chowdhury’s camerawork throughout the series, lending it a sophisticated look with residues of an old-world charm. Had the narrative been tighter, the series would have been a true thriller.

Onekta Cinema review: Journey into a mind riddled with anxieties

The short film by Arnab K Kar and Indrani Adak, features Himon Ghosh as a freelance writer, who...