Tangra Blues review: More a tale of an ex-gangster's redemption than of budding slum musicians

The disjointed screenplay fails to bring out the unique character of the titular slum and highlight its denizens' struggles.

Supriyo Sen’s feature film Tangra Blues is based on the journey of Sanjoy Mondal and Group, a band comprising slum kids who play instruments fashioned from waste material and perform rap songs under the leadership of Mondal. The group gained popularity when it appeared on the television reality show India’s Got Talent in 2012.

Sen researched the group for five years as its fame died down and came up with a documentary titled Waste Side Story in 2019. For Tangra Blues, he teamed up with actor-filmmaker Parambrata Chatterjee and they wrote the screenplay together. In the film, Chatterjee plays the protagonist Sanjib Mondal, a fictionalized version of Sanjoy Mondal. 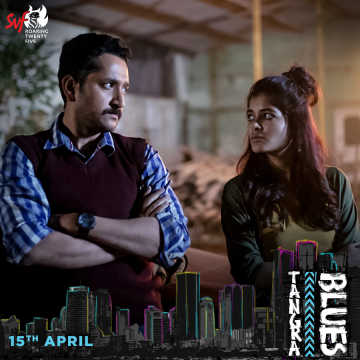 The trailer of the film and the song 'Ei Toh Amar Desh' raised expectations about an exploration of Tangra, a notorious slum area in Kolkata. A line by Sanjib in the trailer, which states that slum kids don’t produce music but scream their dying existence in their poetry, would lead one to believe that the story is centred on the collective angst of the marginalized that finds expression in music.

However, the film is more about the journey of Mondal, an ex-gangster, and his redemption. It begins with music enthusiast Joyee (Madhumita Sarkar), who lives in a high-rise near the slum, learning about the group and its leader. Before her musical rendezvous with the children begins, however, she is provided with the background story of the band by Sanjib himself.

This lengthy exposition, which is not supported by visuals, is boring. Though it gives the audience an idea of how the slum kids are preyed upon by syndicates that want to use them to cement their hold on the nascent real estate business in the area, it fails to establish their connection with Sanjib or show how he ignites the fire in them through music to choose an untrodden path and stay resolute in their creative goals in a place where “life hangs by a thread”.

The film shows how political parties benefit through shady business dealings and muscle power in such areas. The nefarious nexus draws youngsters into a web of crime, depriving them of the opportunity to dream about or lead a peaceful life. In this backdrop, Sanjib, a victim as well as survivor, takes up the baton to direct the kids out of the dark alleys, towards the light.

While Sen’s research seems on point, the screenplay is disjointed and reduces the audience to detached spectators instead of delivering an engaging experience. The kids appear as props in Sanjib’s narrative, though the well-shot song sequences provide the energy that is otherwise missing in the film.

While the character of Chalu (Samiul Alam), who ultimately brings about Sanjib’s redemption, is meant to represent the dark past and troubled existence of slum kids, his story arc appears disconnected from that of the others.

Chatterjee, who plays a gritty survivor, comes across as just another angry young man and fails to shake off his sophisticated urban image.

Sarkar doesn’t seem as restless as she has been in other films regardless of the characters she has played. Alam exudes vibrance and energy during the stage performances as the lead singer of the group. 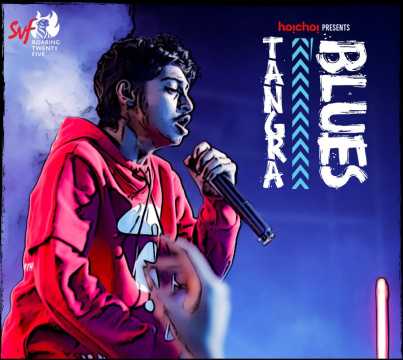 Overall, the screenplay and character sketches hinder the performers. Some of the performances also appear lacklustre, because of which many sequences end up feeling redundant.

Ranjan Palit’s cinematography is a mix of suggestive camerawork and close-ups, highlighting the unspoken thoughts of the characters. However, throughout the film, he hasn’t tried to infuse life in the slum area itself. Editor Sumit Chowdhury could have easily trimmed some of the unnecessary sequences that only add to the film's length.

Nabarun Ghosh, who has composed the film's music, has done a commendable job representing the band's brand of street music on the silver screen.

In the end, Sanjib sheds the burden of his past, but there is hardly anything to take away from the superficial portrayal of his friendships and his contribution to the kids’ life. Tangra Blues fails to bring out the unique character of the titular slum or convey the thrill of churning creativity from the alleys of infamy.

Directed by Sudeep Das, the film, which critiques the patriarchal mindset, boasts a by Indrani...

Shrimati review: Despite sincere message about self-love, this drama is a one-time watch

Directed by Arjunn Dutta, the film celebrates homemakers' choice to live life on their own terms...

Aay Khuku Aay review: A melodramatic tale of a father and daughter's struggle with poverty

Actress Ditipriya Roy and Indranil Mukherjee’s cinematography shine in this outdated film by...