The novel pairing of Abir Chatterjee and Rukmini Maitra in a relatable middle-class setting is refreshing to watch.

Souvik Kundu’s Switzerland, starring Abir Chatterjee and Rukmini Maitra, is a family entertainer with equal doses of romance, crisis, action and comedy. It is refreshing to watch the novel pairing of Chatterjee and Maitra in a relatable middle-class setting. The film is essentially made for the masses and has ample clichéd moments that are easy to predict.

The trailer suggested a tale of a couple who, caught in a struggle for survival, harbour high ambitions and then face the consequences. However, the ambition emerges from a typical context. Schoolmistress Rumi (Maitra), who hails from the prosperous Mitra family, is married to Shibu (Chatterjee), who lost his parents when he was young and is now a sales representative. Rumi and Shibu are often at the receiving end of ridicule for being unable to live up to the status of the Mitra family, no matter how hard they strive to lead a peaceful and honest life.

To shut their critics up, Shibu and Rumi take up, without thinking, the challenge of making a family trip to Switzerland. What follows is a roller-coaster ride, which begins with cutting their monthly expenses to save for the travel and ends up leading the family into a state of humiliation which it was unable to foresee. 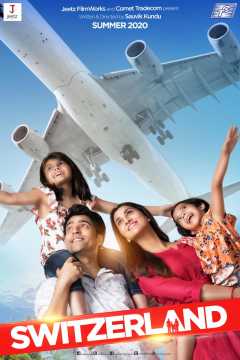 Shibu is presented as an idealistic character who can go to any extent to fulfil a dream as he ignites a hope in his wife and two daughters. At the same time, he is compassionate enough to rise above his situation and give away his hard-earned money saved for the last instalment of the travel expense to an aged neighbour (Arun Chatterjee), ignored by his own son living in the US, at a time of dire need.

For the sake of humanity, Shibu even drops his cherished dream. And for that same ambitious goal, he doesn’t think twice before taking a step that is seen as a crime by society.

Shibu is also alert enough to save a girl under threat, fighting alone with three potential molesters. The same Shibu, whose sudden impulse led him to target a goal beyond his reach, changes the mindset of his wife’s arrogant aunt and her son (Biswanath Basu) at once with a simple conversation, even before making it to Switzerland.

Rumi, on the other hand, is grounded and mostly complies with her husband’s decisions, though she has bouts of fear and vulnerability. She works hard with Shibu and, like him, puts humanity in the forefront, not thinking twice before dropping her dream of visiting Switzerland. In a nutshell, the male figure here is treated as a protector, fighter and giver, with the female figure following suit, living up to the aspirations of common people.

While the action sequence definitely lends Shibu heroic attributes, the comical moments as well as the romantic interludes of the couple are much more relatable as they depict the little joys of married life.

Abir Chatterjee is at his best as he brings alive the different attributes of Shibu while Maitra has commendable screen presence, though she goes overboard in the emotional sequences.

Ambarish Bhattacharya is natural as Shibu’s friend who longs to be by his side but ends up leading him into trouble. And his comic timing is good.

Arun Chatterjee delivers a strong performance as the deprived yet grateful neighbour; however, Parambrata Chatterjee’s cameo as his son is rather badly written and turns out, unintentionally, to be funny.

Kundu’s writing lends numerous sequences a staged appearance rather than giving them an organic flow, especially when both daughters always end up expressing themselves in synch, like a chorus. 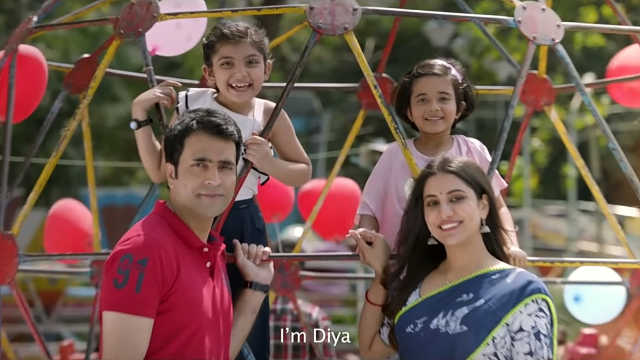 Manas Ganguly’s cinematography captures the relatable world of Shibu and Rumi well, without coming up with memorable cinematic moments. Editor Sujay Dutta Roy has done a decent job of saving the film from turning into an exhausting experience by not stretching the predictable and clichéd moments.

The two dance numbers by Savvy Gupta add to the entertainment quotient of the film; however, it is the melody of the song 'Ghor Baranda' that lingers in the mind.

Switzerland is a mass entertainer, but it's strictly in the one-time-watch category. Quite naturally, it ends on a happy note, with the message that no matter how big a dream, one must dare to visualize it and fight for it.

Switzerland was released on 13 November in theatres across West Bengal. Watch the trailer below and let us know if you are keen on watching the film.

In the end, it seems writer Dipanwita Ghosh Mukherjee and director Indranil Ghosh fail to take an...