This underdog story pushes all the right buttons but eventually becomes a little indulgent.

"If you build it, he will come," Kevin Costner's character hears in the 1989 Hollywood film Field Of Dreams. He is inspired to build a baseball field in his corn farm and get closure on his fractured relationship with his father.

In Super 30 (2019), after getting drunk one night, coaching centre teacher Anand Kumar (Hrithik Roshan) notices a youngster working as a dishwasher, continuing his studies despite dropping out of school. Somewhere Anand sees himself in that young man and does an about-turn in his life.

He gives up his lucrative job and the fine comforts it provides and decides to open his own centre for 30 underprivileged but deserving students, free of cost with room and board. It’s an uphill challenge, to say the least.

As a young man in Patna, Bihar, Anand was a brilliant student, winning gold medals and decoding tough mathematical equations. He even gains admission at Cambridge University; however, as a son of a postman Eeshwar (Virendra Saxena), he is unable to gather the funds.

After his father’s death, the family falls upon hard times and has to sell off everything of value. Anand sells home-made papads to make ends meet. That is where he meets Lallan (Aditya Shrivastava) who hires him for the Excellence Coaching Centre.

Initially we were all hesitant to cast Hrithik in Super 30, says Anand Kumar

Inspired by the lives of Anand Kumar, the mathematician, and his students, Super 30 is an underdog story about a teacher who believed his students deserved a chance. The film brings to light the gross inequality between the rich students who pay lakhs to be tutored and gain entrance into prestigious technology institutes and the children of poor labourers and the working class who have no choice but to also work from a young age.

The poor, less privileged students of Anand Kumar’s centre don’t have the money, but their real-world knowledge and smarts are all of their own making. Anand Kumar nudges them to think for themselves, gain confidence, and grab their dreams head on. 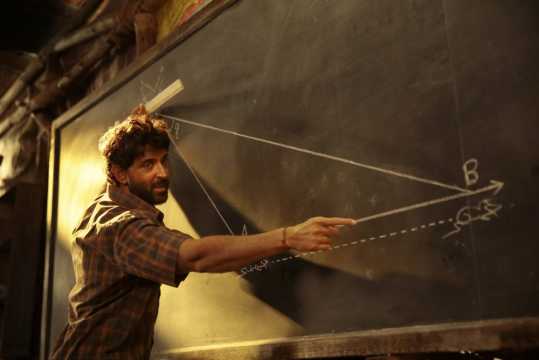 Sanjeev Dutta's screenplay takes viewers through Anand's journey from rags to riches to rags again, squeezing every drop of drama along the way. Luckily, his meandering screenplay makes room for light touches here and there to ease the tension.

The tone of the film shifts every 20 minutes and director Vikas Bahl and editor Sreekar Prasad keep the emotion high throughout. The stakes are high, and it is a matter of life and death for Anand and his students.

While Hrithik Roshan does not match the real Anand Kumar in physicality or tone, he is sincere in his performance as the teacher willing to go the distance for his students. The perpetually bronzed look distracts at time and his accent wavers at moments.

Virendra Saxena turns in a moving performance as Anand’s supportive father while Pankaj Tripathi steals all the scenes he is in as a smarmy politician with heavy investments in the coaching centre. 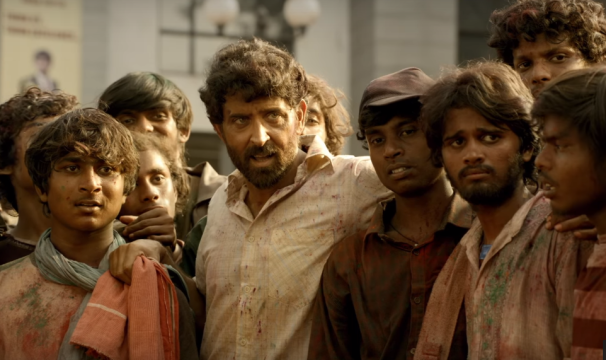 The young students are wonderfully cast and have a lovely aura of hope around them. When they rally to save their teacher from a deadly attack on his life, it is thrilling to see them come into their own. Mrunal Thakur, seen largely in the first half as Anand’s love interest, makes a lovely impression.

But the Vikas Bahl film gets indulgent at times and the 154 minute runtime does not help. For movie audiences, Anand Kumar’s life and his noble cause is not known, and at times you are not sure what is fact and what fiction. The songs composed by Ajay-Atul are a hit-and-miss within the narrative.

The film has been purposefully designed to tug at your heartstrings, with a swelling background score, the innocent faces of promising young students, and the go-for-broke teacher. For some, that will be enough, but for others, there are many lingering questions about the story that just don’t add up (pun intended).

The final season of the series, created by Dhruv Sehgal, may leave you wanting more for long-time...