Sraboner Dhara review: Sensitive storyline on the importance of love and empathy

The director duo, Sudeshna Roy and Abhijit Guha, have presented a beautiful blend of the two narratives dealing with relationships, leading the climax to a satisfactory ending.

Sudeshna Roy and Abhijit Guha’s film Sraboner Dhara primarily attempts to tell a story of relationships, with addressing the most humane approach of treating Alzheimer's, a disease that most of the individuals develop at a later stage of their life.

The director duo have presented a beautiful blend of the two narratives, leading the climax to a satisfactory ending. Not only that, it completes the journey of all the characters, but it also provides a solution to treating the disease, which is practical and has a philosophical connotation as well.

There are two major characters in the film, who are not directly related to each other, but complement each other’s journey. Struggling in their individual crisis, they hardly realise when circumstances bring them to the opposite ends of the spectrum. While one gifts the other the value of unconditional love, that doesn’t mind sacrificing one’s own identity, the other teaches the importance of friendship and individual identity in sustaining a relationship.

Dr Nilabha Roy (Parambrata Chatterjee) is about to get a divorce from his wife (Basabdutta Chatterjee) and goes on a separation for two months, when he gets to treat Dr Amitava Sarkar (Soumitra Chatterjee), an older Alzheimer's patient. Sarkar's wife, who is much younger than him, introduces herself as Subha Sarkar (Gargee Roy Chowdhury). Nilabha makes it clear to Subha that Alzheimer's cannot be fully treated clinically; however, to help improve his condition, Subha must be by his side and help him sustain his memory. 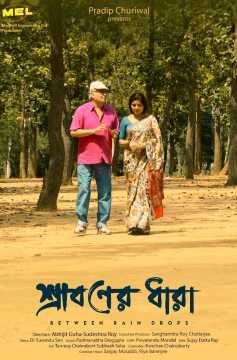 Nilabha struggles to sustain a relationship with his wife, and he has also gradually lost touch with his family and friends, in his journey of being a successful and celebrated doctor. He fails to strike a balance with his parents and wife, who prefer the little joys of life, togetherness and simple living rather than leading a so-called ‘high quality’ life.

As Nilabha stays adamant on hislifestyle views, he comes across the most amazing manifestation of love, as Subha sticks by her husband, who at times forgets the first time they met. She fumbles, gets embarrassed and plunges into despair; she also anticipates the worst, that one day her husband might not recognise her, but she makes sure to present herself before him with all the motifs, that keeps his memory alive.

Nilabha wonders at the young woman's dedication; she has a lot to explore in life, but chooses to stay beside a man, who perhaps cannot give nothing in turn. The words of complaint and reprimand of his father and wife begin to echo within in him and hit him hard.

The film not only narrates the journey of transformation of Nilabha, but it also pushes Subha towards a more meaningful existence. There are beautiful moments of equation between Amitava and Subha, which are both heart-wrenching and delightful.

Scriptwriter Padmanabha Dasgupta has done a good job of weaving in the script with important details, that will remind the audience of the importance of staying empathetic and humble in life, without getting preachy at any point. Rather the script creates an engrossing experience that doesn’t bore the audience, despite having a serious narrative with no elements of momentary entertainment.

The twist in the second half is totally unexpected and adds to the narrative of unconditional love. It also lends a different dimension to Nilabha’s character, as he proves to surface beyond his apparently selfish position and extends his gesture of adding meaning to others' life, along with his own. 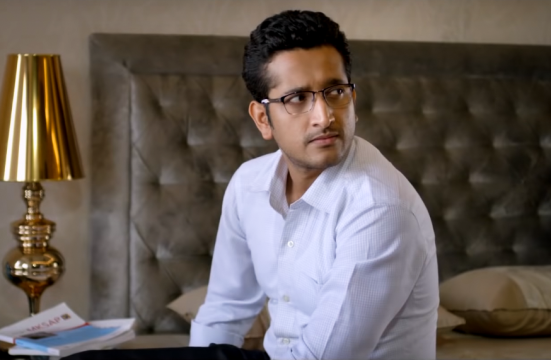 Gargee Roy Chowdhury’s performance shows her attachment to her character as she infuses in maximum sensitivity and vulnerability, that is strong outwardly and also fights a battle with herself and her love for her husband. Parambrata Chatterjee takes time to adapt the body language of the doctor, but successfully portrays all the conflicts and transformation with dealing the character with utmost seriousness and engagement.

Soumitra Chatterjee creates certain memorable moments on screen with by lending apt facial expression and body language to the dialogues. Basabdutta Chatterjee is decent in her brief performance, while Padmanabha Dasgupta gets into the skin the character of Nilabha’s childhood friend Subrata, and actress Damini Benny Basu makes her mark as well.

Prabhatendu Mondal’s cinematography could have been a little more immersive as some of his frames fall totally flat. However, editor Sujay Datta Ray has done a commendable job in retaining the pace and infusing the small details at the right moments of the narrative. Ashu-Abhishek’s background score syncs well with the narrative, providing body to the plot rather than overpowering it.

Sraboner Dhara is worth the watch as it is filled with moments that the audience can relate with. Also, without making it deliberate, the film breaks many taboos associated with Alzheimer's and of marital relationships with large age gaps. It emphasizes on the commitment of love and companionship, beyond any societal label, with honesty and sensitivity.