Skylab review: Long-winded yet likeable tale about village convinced of its doom

First-time filmmaker Vishvak Khanderao has constructed an imaginative narrative that suffers by taking too long in establishing its main characters.

Even before we set eyes on any character, Skylab’s opening credits inform viewers that the film is 'based on incredible true stories your parents forgot to tell you'. Indeed, the film is inspired by the forgotten stories from the year 1979, when the world, especially India, believed the American space station Skylab would fall on it.

But writer-director Vishvak Khanderao isn’t concerned with NASA or even the rest of the country. This is the story of Bandalingampalli village in then Andhra Pradesh, and three of its residents, each of whom has something to prove.

There is Subedar Ramarao (Rahul Ramakrishna), whose proud, debt-ridden family doesn’t allow him to work but continues to borrow money from the rest of the village; he meets up with Anand (Satyadev Kancharana), a disgraced doctor hiding out at his grandfather’s to raise money to restore his licence.

Finally, there is the prideful Gauri (Nithya Menen), the zamindar's privileged daughter, who arrives back in the village on false pretences, but has actually been fired from the city magazine Prathibimbam for being a terrible writer.

Skylab follows these individuals, as well as the rest of the colourful village, as they bide their time before the space station descends on Bandalingampalli. Khanderao takes his time to establish the setting and his characters; in fact, half the feature is devoted to this before the announcement of Skylab mars their lives. 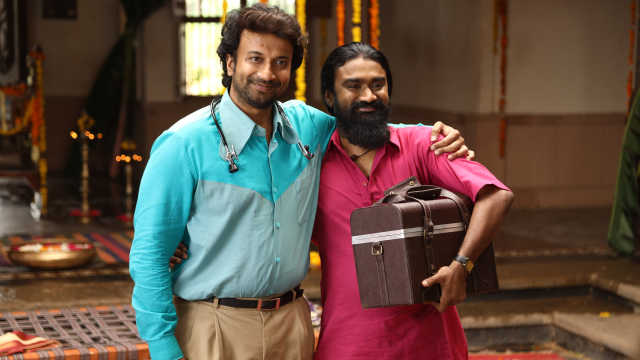 Eventually, Ramarao joins hands with Dr Anand to restart the village clinic that shut down 15 years ago. It’s a threat to hastavasi (the local witch doctor) who makes the villagers believe exorcisms, powders and amulets work better than science. As luck would have it, the Friday that they re-launch it, a radio announcement confirms that Skylab will fall.

Meanwhile, Gauri is just looking for purpose in life. After she finds out the truth about her ‘employment’ at the magazine, she begins to doubt her abilities. Employing her servant Seenu (Vishnu Oi), she demands that he uncover stories for the village.

Skylab plays all these setbacks in the lives of Ramarao, Anand and Gauri for comedy. It’s amusing to see them struggle, but Khanderao’s slow-paced narrative gives the protagonists their redemption right down at the wire. 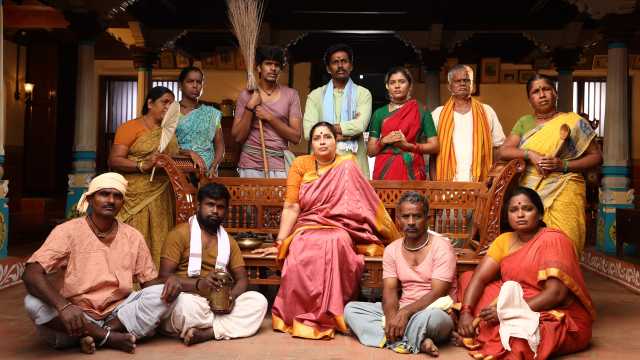 The production design by Shivam Rao is sumptuous, especially regarding Gauri’s family mansion and its old-world possessions. For once, I liked that the characters’ costumes were often repeated; in villages, there is only so much of a wardrobe available.

Cinematographer Aditya Javvadi shows Bandalingampalli in warm, lovely saturated colours that are always pleasing to the eye. Khanderao, with composer Prashanth R Vihari, also emphasizes the changing mood of the village, from sceptics to believers.

Skylab is saved by its final half hour where Khanderao finally begins to get to the heart of the narrative. There is something quite appealing about the finale that gets one emotional. What would you do if you had one final day on Earth? What were the accomplishments you had hoped to achieve? What was the one desire you wanted to fulfil?

More than the three protagonists’ motivations, I found myself moved by the simple villagers’ wishes. Like the Dalit sculptor Lacchi (Katta Anthony) who wants to see the idol in the village temple from which he is barred, or Gauri’s right-hand man Seenu, who wishes to watch a film in the theatre where his beloved works. 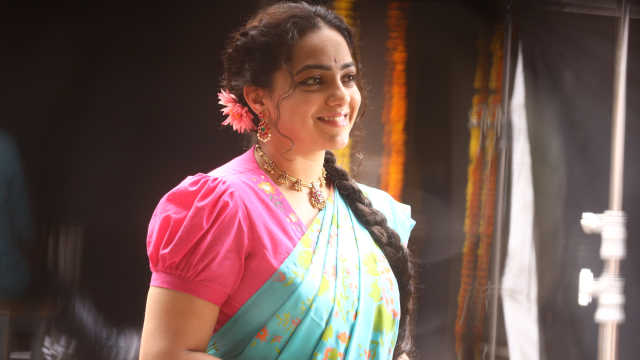 While Rahul Ramakrishna, Satyadev Kancharana and co-producer Nithya Menen do justice to their parts, it’s the villagers who end up stealing the show. Menen’s Gauri gets some much-needed talking to, including some lovely advice from her former teacher not to write because someone will read it, write because you love to write. Needless to say, that hit home as well.

First-time filmmaker Vishvak Khanderao shows great promise with his vision and handling of characters, but the story becomes indulgent at places. It could have come straight to the point. Long-winded though the film gets, the underlying charm saves it from losing the viewer.

The film also highlights a real-life historical event I had no idea about. The space station did fall to Earth on 11 July 1979. Thankfully, no lives were lost. The story that Khanderao has constructed out of stories heard long ago is likeable, I just wish there was more polish to this tale.

Skylab was released in theatres on 4 December 2021. It is now available on SonyLIV.