While the film doesn't hold up, Ranaut's nuanced portrayal of a flawed heroine is worth a watch.

Loosely based on the real life story of 'Bombshell Bandit' Sandeep Kaur, daughter of an Indian immigrant in the US, who committed a string of bank robberies in the summer of 2014, Simran, is a light-hearted take on Kaur's misadventures.

Praful Patel (Kangana Ranaut), a housekeeper at an Atlanta hotel, dreams of buying her own apartment and moving out of her parents' home. She is a divorcee who has been saving up for seven years. A casual trip to Las Vegas gets her addicted to gambling, leading her to borrow a huge amount of money from dangerous loan sharks.

Praful is obviously a flawed heroine, who takes several wrong turns in a bid to lead a happily single life as a financially independent woman and ends up into a huge mess. Who better than Kangana Ranaut to play the part of a quirky leading lady on a series of misadventures? She does not put a foot wrong, portraying the troubles and motivations of her character like a pro. Her nuanced portrayal truly enhances every scene that may have looked ordinary on paper.

Remember the scene from Pretty Woman (1990) where Julia Roberts gives it back to the sneering saleswoman by shopping to her heart's content with Richard Gere's money? Circa 2017, Ranaut's character does the same, but with her own hard-earned cash from a good night at the gambling table. In another scene in a film, Praful narrates a joke about the difference between a good girl and a bad girl. Ranaut walks that thin line through out the film. 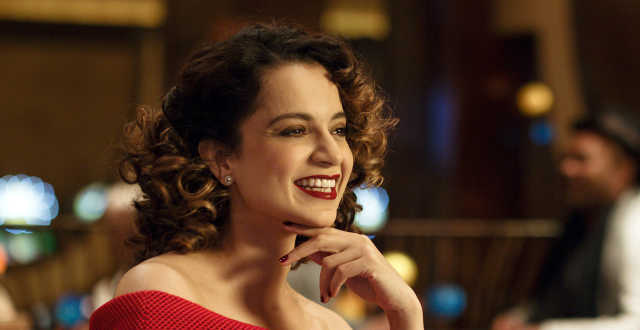 Despite her character's displaced motivations in a life of crime, Ranaut makes her likeable, something only a skilled actor can do, as the viewers, just like her onscreen parents, will find it difficult to understand her. She takes the 'ja Simran jee le apni zindagi' line (referenced in a scene) quite literally as she takes on the alias during a robbery.

Director Hansal Mehta chooses not to justify, romanticise or glorify his protagonist's actions, which is a good move. Praful is just like that and she has to pay for her actions.

But the film relies too heavily on Ranaut's solo show. It's brilliant as a showreel for the actress, with almost every frame from start to end dedicated to her histrionics, but that's not enough to make a great film.

Unfortunately, the supporting parts — of her parents (played by Kishori Shahane and Hiten Kumar) and her suitor (Sohum Shah) — fall a little flat in the process of focusing on the main lead, a folly that leads to the lack of depth in the writing department. And the baddies look like caricatures.

Treading the thin line between light-hearted narration, a crime story, a character-driven drama and humour is tricky. The writing by Apurva Asrani and Ranaut (we don't know who wrote what in the film at this point) shifts between these story-telling devices way too conveniently.

Mehta falters when attempting to depict the ridiculousness of a 'Lipstick Bandit', making American characters look like buffoons. The screwball comedy style approach to showing the very convenient robberies adds to the jerkiness. The intention is to depict how fear of terrorists and the stereotyping of Muslims makes it so easy for a regular girl to fool bank employees, but it comes across as callous in the process.

The film fails to hold up when the romance and the songs are thrown in. And despite the tone of the film being light, it does not make you laugh enough.

What Mehta does well is engage in a realistic portrayal of middle-class immigrant life in the US — a far cry from the glamorous depiction in several mainstream Hindi films. 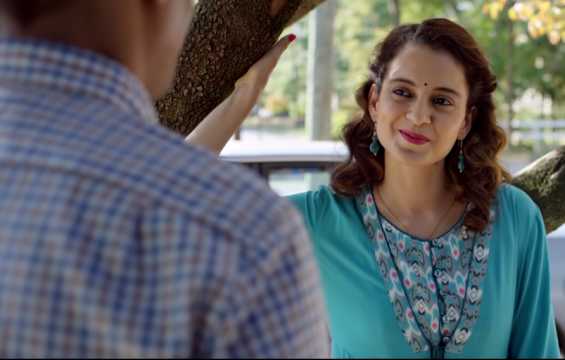 It's a great showreel for Ranaut and she is terrific. But Mehta, who is known for his dark films offering social and political commentary, is not in top form in this one. He ditches the opportunity of giving depth to the story and placing the criminal acts in America's social context by focusing only and only on Ranaut's Simran.

What's strangely satisfying though is to watch a protagonist, a heroine, who is far from being a role model and you can make of her what you want to.