The follow-up to Newton (2017) stands out for its complexity and impressive performances.

Amit Masurkar takes another detour into the woods with the gripping Sherni, another fantastic and allegorical satire. The film is layered with symbolism, restrained humour and poignant performances delivered by an ensemble cast led by Vidya Balan, making it the perfect follow-up to Newton (2017). Themed on human-nature conflict, it is the rigid and callous bureaucratic system that emerges the true beast that is stalking the jungles of India.

The lead actress plays Vidya Vincent, a newly minted divisional forest officer whose first task is to rein in an errant tiger. The no-nonsense official quietly gets down to business, despite being hindered by red tape. As she attempts to track the tigress, she discovers the seriousness of the situation and comes to learn about a group of people deprived of their grazing land due to over-eager officers looking to please their seniors by planting trees; politicians who confuse issues rather than finding solutions and view disasters as an opportunity to score brownie points; and the jungle itself, which is shrinking due to mining operations, forcing the animals to venture outside. 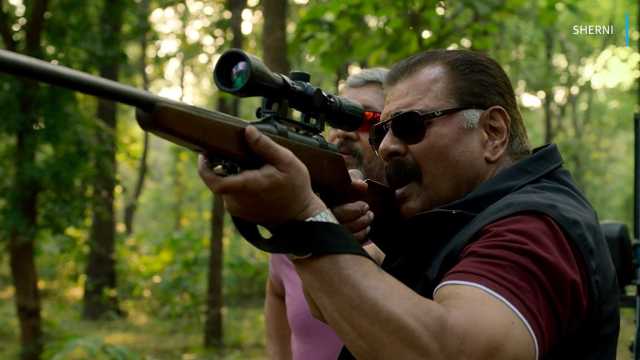 However, there are also a handful of good men and women who are trying to do the right thing. The residents of the village on the outskirts of the forest understand their dependence on the jungle but are compelled to do what they do because of the government's penchant for cutting off their access to grazing land. This constant conflict between development and nature forms the underlying plot of Masurkar's film. 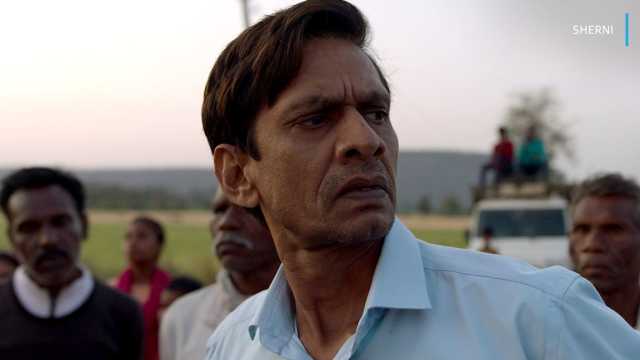 Vidya sheds her light-hearted side to get into the shoes of a subdued officer stifled by the system. Despite her ease of conversation with the villagers and her own teammates, she remains an outsider. Masurkar endows her character with feminine grace and feminist ideals. The women, throughout the film, display a certain confidence and empathy that is a contrast to the insecure pretence of the male characters.

This is where the conflict emerges. When the inept officer in charge (Brijendra Kala) calls in the hunter Pintu (Sharat Saxena), Vidya is driven to desperation to save the tigress and her cubs. She sets up a team of lower-ranking forest reserve officers, and a volunteer teacher Noorani (Vijay Raaz), whose empathetic measures are the polar opposite of the bureaucracy's sadistic approach. Politics, though, requires the immediate sating of the people's bloodlust.

The nature of the narrative slowly morphs with the 'saviours' of the villagers revealing their cruel and apathetic hand. "Will you let men die to protect tigers," bellows an opportunistic former legislator. "This is murder," screams Vijay Raaz's lepidopterist character who is repulsed by the officials.

With self-serving bureaucrats (Gopal Datt and Neeraj Kabi) clamouring to please the powers that be, the bureaucracy serves the system rather than the people. While the satire is not as pronounced as in Newton, Masurkar takes digs in small ways such as framing Kala's meek, bungling officer with antlers behind his head, a symbol of his position in the bureaucratic pecking order.

The pacing is a little deliberate, but only because the story demands it. Vidya is efficient and excellent as a determined public servant. Even in the little moments with her family, she captures the struggle of being a woman in a demanding, unfair, male world. Raaz delivers another fabulous performance as a passionate nature-loving professor eager to save what he loves. Kabi, Datt and Kala are entertaining while Sampa Mandal, in a few scenes, provides wonderful subtext.

Sherni is a film not only for nature lovers but also for armchair commentators on the complex problems that dog conservationists in this country. The problem is not the bureaucracy alone, but commerce, power struggles and the inhuman systems that pit humans against animals. Through it all, there are a courageous few still fighting the good fight.

Sherni is being streamed on Amazon Prime Video.