The family film, directed by Hitesh Bhatia, also stars Paresh Rawal who shares acting duties with the late Kapoor as the titular character who finds life after retirement.

Retirement can be the worst possible thing for those whose lives revolve around their work. In Hitesh Bhatia’s Sharmaji Namkeen (2022), Brij Gopal Sharma (played by Rishi Kapoor and Paresh Rawal) is the unfortunate soul who finds himself adrift after retiring from his post at Madhuban Home Appliances.

A widower with two sons, Rinku (Suhail Nayyar) and Vincy (Taaruk Raina), he throws himself into the daily routine of home and chores but finds something lacking. Relatives and friends suggest part-time jobs like real estate broker and dog-walker, while his elder son points him towards yoga.

The only place where Sharmaji feels at peace is in the kitchen, where he creates mouth-watering dishes for his son’s lunchbox. He even thinks he could open a dhaba for snacks, but is vetoed by Rinku. Instead, Sharmaji stumbles on to a new career where a whole new set of friends teaches him how to let loose.

Directed by his friend (Satish Kaushik) to cook for a private event, a satsang, Sharmaji instead stumbles into a kitty party organized by a group of Delhi society women, played by Sheeba Chaddha, Juhi Chawla and Ayesha Raza Mishra. Horrified, he runs away but is coaxed back for more parties as the women praise his home cooking. 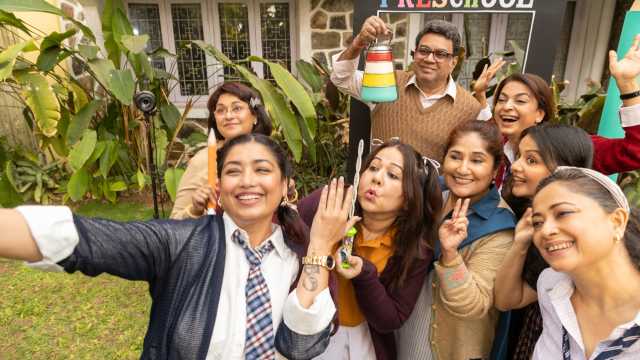 Soon, Sharmaji dons his tie and picks up his briefcase to go cook at several events where he becomes almost like a friend to the garrulous women. However, when his family and children come to know, it creates a rift between them.

Bhatia’s film highlights the generational divide, as the father wants to remain in his cramped flat in the Subhash Nagar neighbourhood while the son is looking to break out and move to Gurugram after his marriage to his co-worker Urmi (Isha Talwar). Hilariously, there is a running gag on how the older generation practically adores the 2003 film Baghban for highlighting how elders are neglected.

The conflict in Sharmaji Namkeen isn’t new or difficult, but the treatment of the film is both sweet and sentimental. Rishi Kapoor died in April 2020 before the film was completed and Paresh Rawal stepped in to finish the role. Both actors create different but relatable portrayals of a retired man looking for human connection. 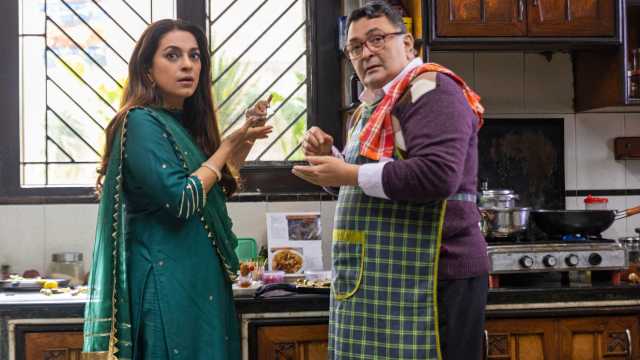 The late Kapoor comes across as both lovable and goofy as he tends to his children’s needs, while Rawal aptly processes the hurt within Sharmaji as he feels alienated from them. Both actors have an easy camaraderie with the kitty-party gang, especially Chawla’s Veena Manchanda, a widow with whom Sharmaji opens up.

Kapoor and Rawal carry the film on their shoulders, often in the same scene, and Sharmaji Namkeen is patched together nicely by editor Bodhaditya Banerjee so that the change doesn’t feel jarring.

The ensemble cast, including Parmeet Sethi in a special appearance, brings the flavour and chaos of Delhi and it’s wonderful to see Juhi Chawla in a prominent film role again. In certain scenes, the actress nails both her comic timing and her propensity for natural empathy. 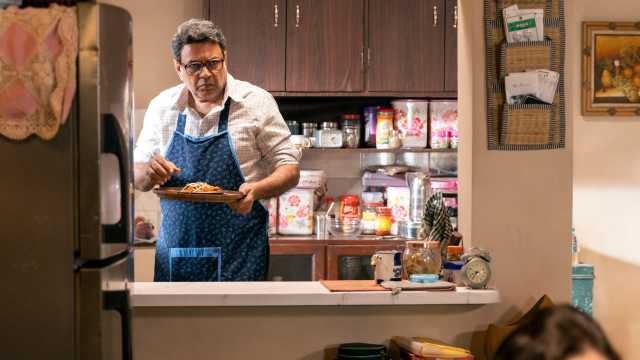 Written by Supratik Sen and Bhatia, the film contains several funny sequences, set to a jaunty soundtrack by composer Sneha Khanwalkar, where Sharmaji tries to hide his new life from everyone, only to have them all collide in a clever, comic sequence in the finale.

Sharmaji Namkeen also contains many lip-smacking scenes of food preparation that I feel I must advise viewers not to watch on an empty stomach. The dramedy is an engaging send-off to Rishi Kapoor that will keep you entertained.

Escaype Live review: A critique of social media addiction that loses its way

Directed by Rahul Pandey and Satish Nair, this five-episode social drama is a marriage of some with...

Anek review: This well-meaning political thriller only works in parts

Ayushmann Khurrana leads the Anubhav Sinha film as a righteous undercover police officer, but the is...